EDITOR’S NOTE: When the Car Won’t Start is a semi-regular column by Steck that explores under-appreciated horror flicks, b-movies, and exploitation films. 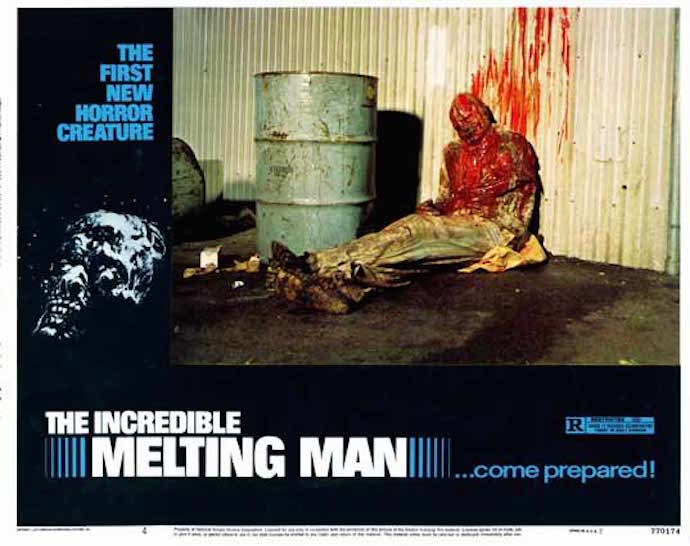 Post-traumatic experiences are the manifestations of lingering, submerged hauntings of whatever shifting memories remain as attributes to the source of trauma. It isn’t a feeling of being dead and buried, but having one’s body become a gravesite for memory, and, often, those gravesites are upheaved onto the surface cortex of one’s human vessel. Trauma is worn as skin is worn–it can be torn, morphed, modified, and melted into a vessel-like apparatus losing its taut functionality. To wear the skin of trauma is to wear the skin of the other. Often, it becomes the stigma of societal expectations and support-system-encouragements for improvement as if treatment becomes a peer-evaluated process. However, even in strides for reduction of symptoms, the tactility of trauma invisibly casts both corpus and hubris. The formless cast of trauma mutates the body, flows amorphously over organ-influenced synapses, and melts the external associative remembrances into a layered chronological index–

–an index of traumatic accessibility unable to be properly managed, curated, or preserved: access points no longer promise a valid entry into the origins of the source, everything is rerouted for the user, causing a flux in perception of one’s own experience in which all that is remembered becomes a haven for distortions and disruptions.

In the 1977 American horror and science fiction film The Incredible Melting Man, an astronaut is subjected to excessive radiation during a voyage to Saturn. From here, the film expectedly illustrates and wonkily narrates a bevy of tropes designated to horror and science fiction hybrid films: a hunger for human flesh, catastrophic unwanted bodily disfigurement, a monster-against-institution conflict, and technological discovery and advancement as the father to monstrosity. The Incredible Melting Man handles narrative tropes in a manner separate from an expected narrative form than more conventionally structured (or recognized as such: say, a piece-by-piece slasher film) horror films. Its progression is horrifically somnambulant, ploddingly dream-like depictions of the main character’s slowly melting death waltz. While the film’s silent, depressively paced movements add a metaphorical reading of the character’s slow-dripping degradation, the odd delivery could be the result of a mid-production change in the tone of the film.

Originally, The Incredible Melting Man was meant to be comedic horror, but this direction was changed in the middle of production for marketability purposes. However, by removing comedic elements and introducing a stark, blood-craved obsession of a melting post-human abomination, the film oddly succeeds in creating a true expression of horrific awareness that one is no longer human. The Incredible Melting Man is devoid of plot. The narrative element is loosely present. Through this happenstance consequence of editing, the only remaining narrative gesture is a collection of loosely-chained violent vignettes illustrating the responses of an individual’s culminating cognitive absorption of a once-human entity slowly melting into a state of non-existence.

Hysterical cursing as flesh melts from both face and hands–a blast of radiation–insanity–consumption of human flesh to rebuild melting human flesh–detached ear attached to a limb–strength through dissolve–severed gooey arm–accidental shooting of a friendly doctor–bubbling slowly to an accepted death–mopped. 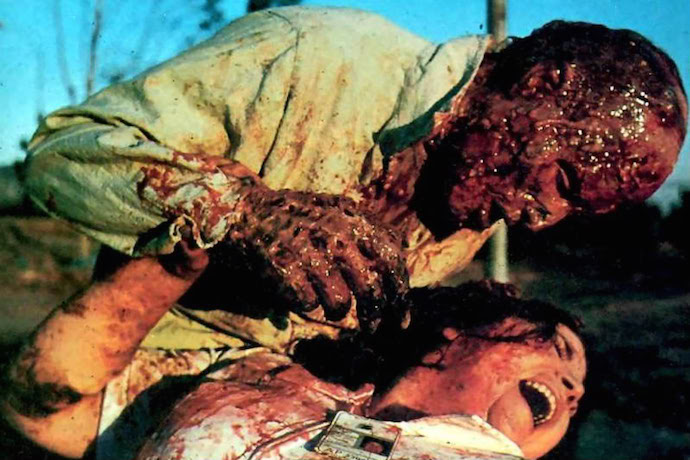 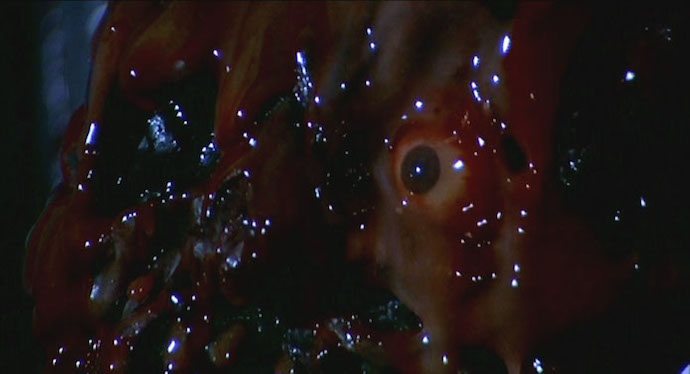 The Incredible Melting Man is trauma upheaval in the most violent manner of distribution. The melting post-human entity’s internal liquefied hatred for humankind oozes from the character. In-the-face-of-technological-trauma memorial evocations manifest simply as melting skin and collapsing bodily structure. The character melts away: reducing human form to an unremarkable puddle of dissociative hues oddly reminiscent of something that once held onto notable experiences.