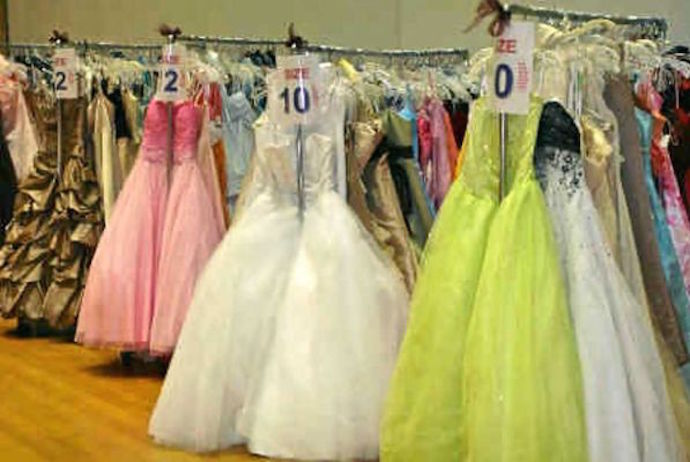 The year I turned seventeen they invited me.
Zipped up and taut, a garlic bulb girl
in my mother’s white cocktail dress.
She laced crinkled wings
to my collar bones, crowned me
with twist-ties, spackled my face,
sent me on my way,
clicking through Chippewa
to the house four blocks over,
lipstick a bullseye on my mouth.

I thought that was the shtick,
make a costume out of trash bags.

They wore nothing,
mostly nothing,
went to Goodwill, bought gag gifts,
pasted them to their privates, denim squares
over nipples, pleather and groin.
The thought put into the thoughtless,
the calculation into the unconstructed,
the supposedly unplanned
we-had-to-boil-the-rabbits ‘cause
there was nothin’ else for dinner ensembles,
steamed through the room like manure
shit on winter ground,
as though poverty was a formula,
rip a hole in your jeans +
smear black on your teeth +
bob for apples in a bathtub =

I ask a girl in the corner
with a plastic doll duct-taped
to her breast what she was supposed to be.
Teen mom—got knocked up
by Dwayne over there. This’s our kid.
She laughs, the duct-tape comes undone,
child dangling, a wasp caught in fly tape,
spills her drink. Baby rips
to the floor. Across the room,
Dwayne with a coonskin cap wielding
that greasy touch seduces a lamp.
Corinne in a Farrah Fawcett wig
followed by a beer-can-train,
falls down the stairs: projectile Barbie.
Randy’s got a pillow stuck
under his shirt, he’s expecting
a microwave baby.
Wavin’ a Winchester pellet rifle
around the kitchen, talkin’ about
venison and pop. He laughs.

Corinne staggers upright
screaming about a bruise.
Dwayne gets another beer,
his plastic child forgotten
on the floor,
click a shutter, and
watch it develop:

Leave my family portrait
under a Leinies and
crawl into the street, bass
bleeding from the house, listen
to my wings beat
that’s what I am. that’s what I am.
twist-ties gasping at my feet.

The elkalope? She’s the one
roaming Helena’s rim,
belly bloated with sage
and brush, those
useless mealy bits,
ankles twisted from hours
imitating the pronghorns.

If she knew her companions
past polite cocktail conversations,
clanking bourbon glasses,
flesh squeezed into fur suits,
that girl would run.
Hotfoot across I-15,
hooves clanking, a child on pointe,
limbs grasping for the barre, tumbling
into gravel. She’s the guilty one in the police line up:

Number three. The one that looks like an elk.

I read an interview with an artist
who lived alone for twenty years.
No mate, no cat, no plants
or feather dusting duties. She talked
about ancient, crusty IUDs and PID
about the joys of voluntary isolation,
living your life like a Pillar monk,
suspended above and away, a cactus’ top spire.
To be alone is a blessing! A goal to strive for.

If I wander that ridge, plotting my pillar,
looking for her among the antelope, and
if I told her the truth: you are not one of them,
let the ground shrivel beneath us
as we sigh together, I never
wanted to know.

Courtney Kersten’s work can be seen or is forthcoming from DIAGRAM, River Teeth, The Masters Review, Sweet, The Sonora Review, Storm Cellar Quarterly, and elsewhere. She writes from Moscow, Idaho where she studies in the University of Idaho’s MFA in Creative Writing program and is working on a memoir about astrology, mourning, and the American midwest.