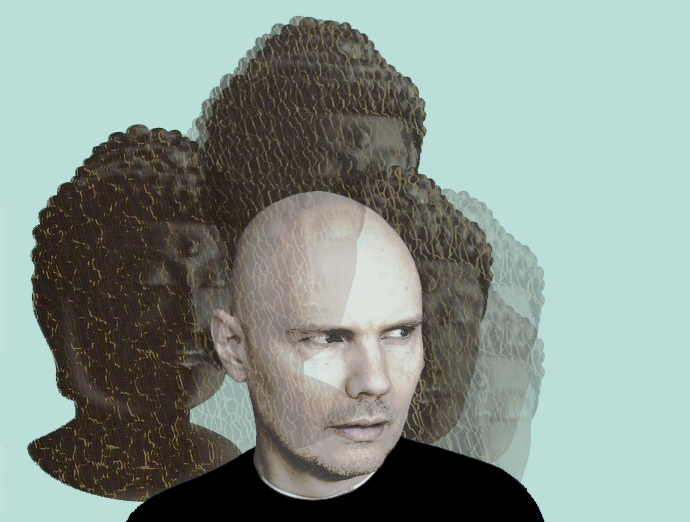 What I found more depressing than Billy Corgan’s interpretation of Siddhartha—an 8-hour ambient experience “built by modular synthesis, on the fly”—was the fact that I could listen to it, in its entirety if I wanted, at work every single day. The eight hours is fairly incidental, the time it takes for the narrator to complete the audiobook version of Herman Hesse’s transcendental 1922 novel; and yet, these ponderous eight hours are inadvertently deeply symbolic of the working class experience: the tedious transpiration, daily, from 9:00 AM to 5:00 PM. The loss of time itself, as if I had been prophetically watching that crap for the past decade.

Smashing Pumpkins released Gish in 1991, the year grunge broke—in what would be a paradigm shift far greater than anyone at the time could imagine—with Nirvana’s seminal anthem. Their sophomore effort, Siamese Dream (1993)—with ballad-y hits “Today,” “Disarm,” and a lesser-known favorite of mine, “Mayonnaise”—solidified the band as rockers whose sensitive songs outwitted their heavier ones. The distortion was thick, the drums tight, with a hymnal voice that weaved throughout. Billy Corgan, in ways, was verging on a singular voice—however cloyingly affected—akin to Morrissey or Leonard Cohen: sardonically precious, ultimately morose.

Mellon Collie and the Infinite Sadness (1995) held on to relevance, but began abandoning the band’s layered emotional ambivalence with flat cynicism in wannabe thrashers “Zero” and “Bullet with Butterfly Wings.” Where Marilyn Manson’s anger was theatrically self-aware as social critique, Corgan just seemed to be screaming. Their fourth album Adore (1998) tried one more time, then it was over.

Now swollen, and having replaced band members with various stand-ins (oddly, of the same gender and race for each instrument), Corgan makes dramatically pretentious announcements on Facebook, in relative obsolescence, concerning his musical projects. Throughout the 8-hour video (“clip” hardly seems to suffice this journey), Corgan is seen idly walking around turning a knob here and here, at times squatting down for a lower knob, sure to pull his beltless khakis up as he stands. I only point out Billy’s slow yet consistent weight gain, with a tinge of empathy and self-loathing, because I too have stored away a few thousand calories around myself as well, needless to say at an office job at which I write this very article.

His interface with the modular synthesizer shares the lethargic air of Radiohead’s Jonny Greenwood, hunched over knobs, only more passive. Corgan seems confused at times, looking around him for clues. There’s this “Where the hell are my keys?” stance he often holds. Essentially, despite the artistic conceit, there’s no actual point to any of these sounds being made. They do not inform the novel, only supplement the boredom of an audiobook with bells and whistles. The existential futility, in the context of our working day, is rather bleak.

Siddhartha is about a young man’s spiritual journey of self-discovery, as flanked by Hinduism, written by a German, in German, until its 1951 U.S. publication, just in time for the spiritual ’60s. I read it once, distractedly, and only remember trying to relate to the protagonist, but resenting him for not having a job. In an ultimate scene, our young unemployed Buddhatastic hippie takes a life-altering bath in a river, and I’m like “finally.” If I sound like a Republican, please. I just wish people would be fully employed, pay their taxes, and be unhappy like me.

There well may be an infinite sadness, or a life which amounts to ZERO, and that we are indeed rats in a cage (despite all the rage), which is why we need songs like “Drown” and “Luna” to honor our sadness, whose gentle boyish melodies and lovely lyrics point to the poet that Billy Corgan used to be, or still is, if we can strip away the Avant-garde solipsism and restless binges. For “Tonight, Tonight” is their last good song, I am melancholy.

A friend once told me how she read Siddhartha in one sitting, on a flight over the Pacific, going against the flow of time, as if rewinding the clock past time zones, at one point flying towards the sunset, almost racing it, so that it never set. Billy and I would likewise like to turn back time. We want our lives back.