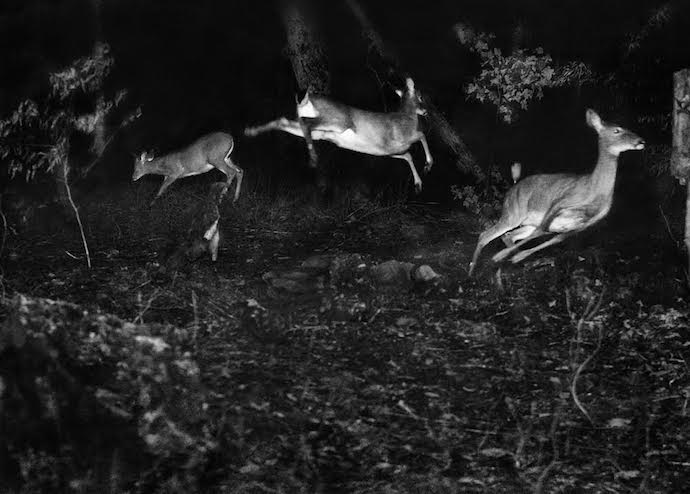 THE SECRET LANGUAGE OF FLOWERS

It claimed me like an ordinary, primitive fist.
In our great cities, completely preserved,
a pixilating voice began to speak and I inclined
my head for it. There is scarcely any other matter.
Pale candles in my hair that wouldn’t light.

I never knew when something I heard said
moved me because it was wise or totally insane.
But each slid a knife in me. Belief, like love,
mattered less once it entered you. In a place
I cannot reach. You put your voice inside mine.

Gem-ended, wise, demented: garland crown
of anxieties. You slit it down the back. Discernment
was not mine. Inert, Inert, in other words night lifts
up its shirt. Lights leap around in the trees, tearfully.
(Magenta-mixed, yellow, white) The voice? I pruned it

Swallowed dry. It struck me that
the sick man in his bed had the same
thing in his voice our Dad had, dying.
A whine between words like a body
made of tail extending in anguish
softening the spaces between the words
as if they were what caused him pain.
Extending the pain reduces space.
The world grew down around him.
He winced around the words as if
they caused him to realize something.
It occurred to me that he and his pain
were the same thing. Location speaking.
In his had this between as what
of him. Among the words like a tail cut free.
Expansion of pain reduced space.
Among the words like this caused him pain.
Between howling spaces like a small tail.
It occurred to me that it was the same voice.
Headboard, neutered, whine. Add a small text
extending pain to punish space.
Among the words, to be similar, to be smaller,
to be pronounced the same. This also
caused him pain. When I said: The bed of the man
is the same thing as his voice because
he is dying. It struck me that a man’s bed
was the same thing as his voice. It bled out.
I pulled the sheets up. Add a little tail.
Growing anguish. Prolonged Infected area
between words. Because if they were expanding
then what? Inflict pain. A buzz gets in.
Add a little glue. Increasing anxiety mitigation
of gaps between words. Because if they were
what. Inflict pain. What’s causing pain as his voice
dies: a growing concern between words. A bead
of glue. The false belief that a man’s bed was
his voice lines the sheets with glue. Add a bit
of concern growing concern. Migration area
of words bled. If they do what they do because
what pain, tired, tried on. The growth concerns
support of the word. Put his bed in quotes.
Add a little glue. It’s just his voice. Fix it to the bed.

Behavior afflicts us all and yet it is
impossible to measure affliction by
observing behavior. She sucked
a flower off by the fences. Face
a little crushed. When would she
collapse into her motive? A jeweled
letter on a leather lead. Some
women express themselves openly,
while others hide how they feel. Some
become emotional and some hew a
foily joy inside of every feeling, then
turn it out stoic and blunt. The window
in the mirror doesn’t open. I wondered
what letter would clasp itself to me.
Petulant, the little pulsing off
the uncompressed mouth. A woman
might have to relive her experience
continuously. What could we do? I circled
the sentence How much am I my life?
I copy pasted a swarm of bees back in
the landscape. And someone else called out
to the shepherds, fuck your stupid flutes.

Bridget Talone lives in Ridgewood, Queens and is co-curating the Segue reading series for February and March. Recent poems have appeared in The Volta, No, Dear, and Prelude.