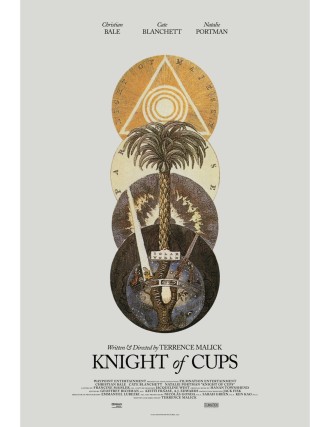 One of the biggest complexities of art is that beauty doesn’t inherently create meaning. Therein lies the biggest problem with Terrence Malick’s latest offering, Knight of Cups.

Visually, the film operates within the signature Malick lushness: foaming sea scenes, landscapes with one or two people staring out into nothing or into each other’s faces, twirling confetti dropping down on a crew of hungover partygoers.

The plot is even more recent Malick-loose: a king has a son (Christian Bale) who is a prince meant to discover a pearl. But the son has lost his way and forgotten his mission due to drugs and women. This is where Malick is at his strongest–there is a sense of longing to this scene-setting, and the concept of being lost in a fog of substance and sex is compelling.

Tarot is invoked heavily throughout. We get some background on a failed Bale-Cate Blanchett marriage. Eventually, though, the film turns into segments of a series of affairs Bale has with numerous women (Natalie Portman makes a married affair appearance). Bale frequently drives a convertible while the women frolic in the seat beside him. The women drink and do drugs or practice yoga, but the expectation remains the same: one of these women will lead the son to the pearl or at least to a better version of himself. 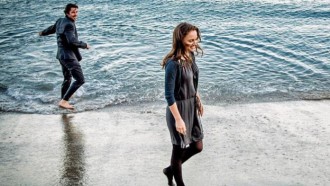 At some point, these women and a repeated relationship archetype just blur together. Fans of early Malick (Badlands) will find this hard to jive with, and fans of Tree of Life might see this as a watered down, plotless extension of that film.

It’s not hard to watch Knight of Cups. It’s still beautiful. But even the small overlaps with Tree of Life–the return to the beach, for instance, which could be incredibly compelling–aren’t enough to stop this from feeling like a very long, stunning flashback to a self-indulgent time that’s hard to care about. Or maybe I just hate reminders of my early twenties. 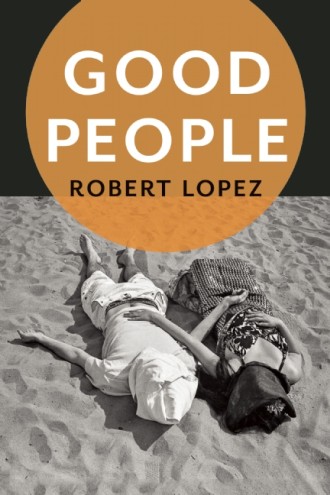 It’s been too long since we’ve heard from Robert Lopez, but it turns out it was worth the wait.

His second collection, Good People (Bellevue Literary Press), brings a bevy of anxious narrators who recount their attempts to fit into the families and neighborhoods around them. The narrative style here is distinctly Lopez, but has a seat at the bar next to Gary Lutz. Lopez’s exquisite sentences are carefully carved–but turn on a dime to explore the absurd without warning.

The collection opens with a one-sentence story that puts Lopez’s trademark breathless narration on display. As the book progresses, we meet men concerned with their sisters, men who were abused when they were young, and couples who can’t quite figure it out.

Throughout, one line keeps these stories in formation: who is good, and how are they good? Frequently the narrators refer to the concept of good or bad people, weighing the pros and cons of actions and paranoias.

One of the strongest stories in the collection, “The Sky Was Everywhere Like Water,” invokes a relationship that feels doomed and seals the deal with a split lip that you can’t stop picturing.

As Lopez works through these common themes, it’s his strong approach to narrative and voice that builds enough cohesion to make the whole collection shimmer. These stories are river-like, fast and rushing, and you’ll finish them almost too quickly.

I wandered into Dawn Lonsinger’s apartment one night and immediately started scanning her bookshelf. My eyes landed on Nox by Anne Carson, which turned out to be a box full of accordioned pages. Dawn explained it was about the death of the narrator’s brother. 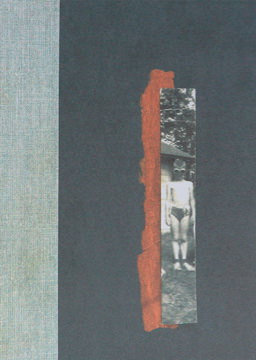 A few weeks later, I got my hands on a copy. Like most of Carson’s work, emotion drives the project. She glues concepts together with other pieces of literature. In The Beauty of The Husband, slices of John Keats held together the scenes of a marriage dissolving in the wake of affairs.

In Nox, it is the origins of Greek words that carry the story of the narrator’s brother dying after many fractured years of little to no communication. Each page of Nox offers up the definition on the left and a piece about the brother on the right–whether it be a small piece of writing, a drawing, a photograph, or a letter.

Initially, the definitions seem easy to gloss over. But then it becomes clear that Carson is driving the definitions, too. Upon closer inspection, each one devolves into a sort of poem about night by the last line.

Worth noting here is the presentation of Carson’s work. The photographs, letters, globs of paint, and pencil scribblings will make you feel as if you’d stumbled upon her notebooks about an investigation of her own brother. The Nox box is open before you like a bible–you end up approaching the work with awe, then examining this scrapbook of loss with reverence.

Nox is immersive and sad, mysterious and strung together with a strange thread, a box of loss and longing, a reminder of the complexity of death. 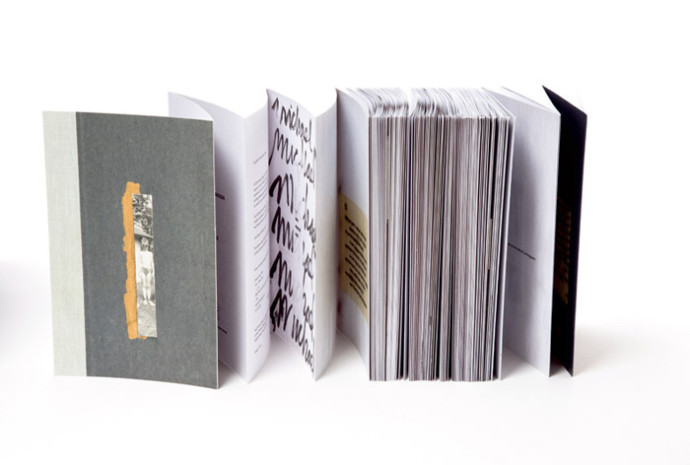