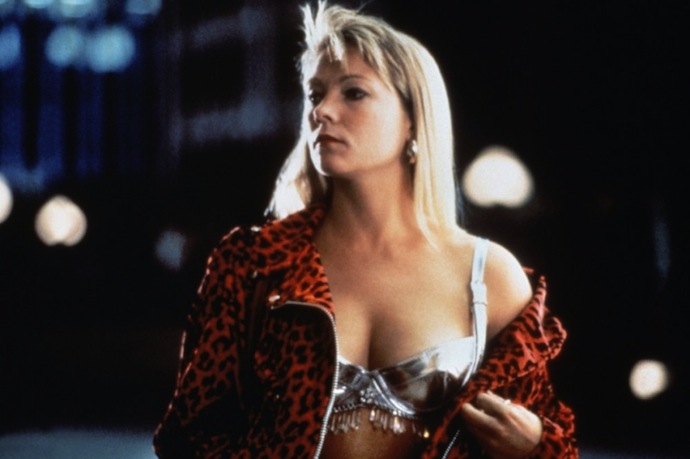 (a) The well-heeled wife of a New York publishing executive;

(b) a salacious Southern redhead with dagger-length nails and a penchant for having sex in corporate boardrooms;

(c) a bookish authority on the cultural and religious artifacts of the Quinault and Lummi Indian tribes;

(d) the blonde, bikini-clad escort of a jet-setting international hotel magnate; or

1 “Valley Girl, Mother And Film Star On Screen And Off, Theresa Russell’s Roles Run The Gamut” 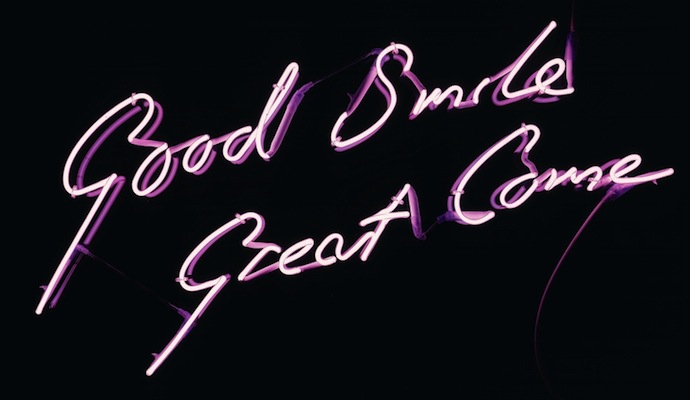 Man, this bimbo slang sure is something else! But maybe it isnʼt. I kind of get the feeling it could have been written by a younger me. Like when I was sixteen and I was still living in The Valley. Yeah… I guess you could say the whole thing was part fairy-tale, part working-class mythology. Being young and all. Young and from The Valley.

I sort of see me when I see a Tracey. Itʼs like you can totally tell that when this chick looks at herself what sheʼs really doing is writing over her own reflection, but instead of using a pen, sheʼs got a tube of lipstick. Rose and Shine! Ha! Yeah, ain’t the world a wedding. It’s like Susan says, “trashy life, rosy mythologies!” And whatʼs wrong with that? What’s wrong with wanting to be, like… yourself in the world instead of uh… instead of, uhhh… oh, you know, [Laughs] a girl from Margate!

MoCANoMi, huh? What’s that stand for again? Models CAN officially Make It? Mostly Candid or Misunderstood? Ah, who knows. Between the eye candy and the confessional poetry, I can never keep ’em straight. I mean, when you think about it, whoʼs to say sheʼs not? Confessing, I mean. Maybe she is, but I dunno. It’s the sexuality of her signature, which leads you to think that hey, maybe sheʼs onto something with all that eye candy. But what do I know. [Sighs] Good Smile Great Come. Yeah. That sounds about right. It sounds racy and everything but I don’t regard it as being that bad. Anyway, I’ve calmed down considerably and had time to put it in perspective. It is true that sleeping with someone does get you somewhere in Hollywood. But I never had to. Ha, who am I kidding. I may not be from Margate, but I get it. I was married once. We fell in love in Vienna. It was like vaudeville for a princess. Classy, huh?

Maybe I’m a jinx. I mean, I dunno. They always say I’m doing these sexy women but they forget they’re all completely different characters, but there you go. Only God Knows Iʼm Good. Yeah. Sure. Like God isnʼt the only guy getting a hard-on in here! Fuck. But, like, thatʼs why I kind of like this chick. Men probably look at this shit and think, ‘Oh, God, are we really like that?’ I mean, I love men, you know. [Laughs] But there’s a little bit of a whore in all of us. And what’s so bad about that? That right there is me. And maybe sheʼs Tracey. So why not put her in a gallery? A whore, I mean. A girl with guts. And money! But hey, I did a lot for love and now I’m poor, so you pay the price.

Really, I just did what I wanted to do. So now what? Gilbert and George said that art should be for all. So should I go back to the movies? I mean, what does a woman do when she’s 50? Work. But shit, I ain’t interested in playing a working girl! I mean, it’s kind of different now, what I do… different from what a girl does when she’s twenty. How old’s this Tracey, anyway? Fifty? Go figure. Now that I’m fifty-four, I just feel like, “Ugh, who wants to play that game anymore?” But I’m never bored. I don’t miss acting a shit, I really don’t. Fame, what you get is no tomorrow / Fame, what you need you have to borrow. No kidding. Oh, Tracey. Everything you get, you don’t get when you’re young. Now that I’ve got it, I get it: Not so difficult to understand.