The Secret Life of Girls: A Review of Nobody Is Ever Missing 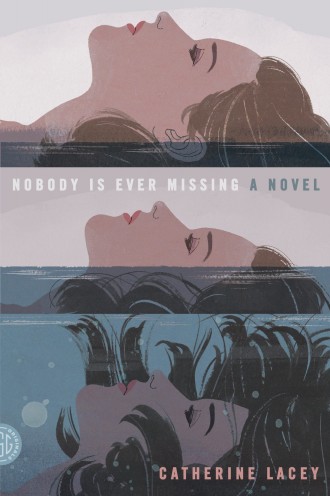 Some time ago, while I was researching writer residencies to apply to, I came across a rural option in New Zealand that sounded intriguing. Touted as a “quiet place for intensive creative work in an inspiring environment,” accepted candidates would be given a small room on the owner’s farm, linens, and tea.

It sounded lonely in an inspiring way, lonely in the way that writers, especially, like to be alone—a facilitator for the kind of solitude in which you’ve gone so long without seeing other people that black seahorses start to bob in front of your eyeballs and your mind reverberates with the echo of your own unspoken words.

It is this kind of aloneness that the protagonist of Catherine Lacey’s debut novel, Nobody Is Ever Missing, Elyria Riley is after when she swaps her husband and comfortable life in Manhattan for a one-way ticket to New Zealand on something of a lark.

In the tradition of unreliable narrators, Elyria is an untethered standout. Not since the hapless Myers in Deb Olin Unferth’s Vacation has the descent into self-helplessness by a person already unhinged been captured with so much tenderness, humor, and heart.

At its core, Nobody Is Ever Missing is the story of a marriage that unravels and the deceptions and general tediousness that can cause sexual relationships to break, but it also offers a rather gruesome look at the way being part of a family can make us lose ourselves.

Haunted by her adopted sister’s suicide—the former teaching assistant of her mathematics professor husband—and unable to spark her own mother’s maternal instinct back to life, Elyria spirals deeper and deeper into herself until she isn’t certain she exists. When a short story of hers attracts attention from New York’s literary set, during a cocktail party, a noted writer named Werner casually mentions that he has a spare room on his farm in New Zealand where Elyria could write.

Showing a lack of judgment and the wild hope that sometimes accompanies the depressed, without alerting Werner to her acceptance of his desultory proposal, Elyria arrives in New Zealand with very little money and even less of a plan.

Her experiences there range from the mundane to the perfectly hilarious, (for example, when Elyria is driven to the rural town center by an old woman, Lacey manages to capture the glorious randomness of her protagonist’s presence in it with, “She pulled over in front of a café with a sign that said THE INTERNET.”), to the dangerous (she falls asleep on abandoned beaches and in gritty public parks), to the despondent, as when her surprise reunion with Werner leads him to observe, “I am twice your age. I know sadness. Yours is inextricable. It is terminal. I know these things.”

Highly self aware and somewhat stream-of-consciousness in style, in the hands of a lesser writer this tale of a privileged yet unhappy young woman who goes abroad to try to find herself could grate on the readers’ nerves. But Lacey’s humor is so mordant and her observations of humans’ potential for kindness so tender, that the revelation that Elyria is being pulled ever deeper into the quicksand of her mind despite strangers’ efforts to extract her ends up feeling heartbreaking, instead of trite.

The perfect length, this insular story pulled this particular reader into a reflective, French nouveau art cinema kind of mood, a romantic state that I was loath to leave whenever life’s various service bells forced me to put it down.

Opaque, sensitive, at times deeply funny, and at others, darkly sad, Nobody Is Ever Missing is well positioned to become a cult favorite among a generation of people who wish they had it slightly more innocent, joyful, and less jaded than they have.