In the past decade I have watched a lot of football. Hours and hours of NFL football, virtually every Sunday. Sometimes ten. Ten hours. But I’m watching less football this fall. The main reasons are probably the reasons I do less of everything—I have a full-time job and a novel edit due and two daughters under the age of five, and though I’m a huge Red Sox fan I had to let the four-and-a-half-year-old watch My Little Pony for the first couple innings of each World Series game this fall. In truth, I’m tired, and end of day I want to watch all the episodes of Louis and Game of Thrones I’ve been missing. 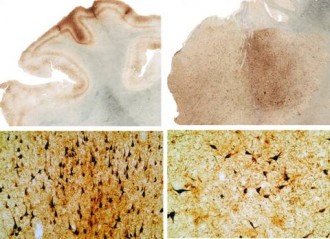 But I suspect there might also be other reasons. Like the fact that the team I root for used to employ as a tight end Aaron Hernandez, who allegedly murdered an acquaintance of his this summer with a handgun, and now I have stuck in my head an image of a grainy security camera photo of him carrying a handgun in the minutes just after the murder, an image that’s now inextricably crossed with my memory of him wearing a football uniform that made him look, well, uniformly like the other players on the team I root for, who still wear that uniform every Sunday, and who haven’t been photographed carrying murder weapons, but still.

And now the Miami Dolphins’ Mike Pouncey has been subpoenaed to testify in front of a grand jury empaneled to look into interstate drug trafficking charges in relation to the case, and another Dolphins player has bullied one of his teammates in person and by text messages to the point the teammate has left the team and the vast majority of players and commentators have been supporting the bully, not the guy who left—and then there’s all this stuff about CTE, Chronic Traumatic Encephalopathy, which as I understand it is essentially a medical name for what happens when your brain is irreparably damaged by hitting it against another man’s head over and over, from Pop Warner to the pros, for years, and has made it clear that the head-to-head hitting is making players’ brains dysfunctional to the point that in early middle age many of them are committing suicide.

It might also be that. But probably it’s because of all the parenting and concomitant My Little Pony watching.

But to be completely honest, even after my four-year-old and I finished learning if Rainbow Dash would befriend Twilight Sparkle when the World Series came on, I was rapt, watching the Red Sox win their third title in a decade after failing to for 87 years. I got right back into baseball.

But when I put the NFL on after My Little Pony each weekend, I start thinking: why is it that Rainbow Dash and Pinkie Pie are pink and purple? They’re called My Little Ponies, so wouldn’t it be attractive enough to girl toddlers for them just to be small and equestrian, and isn’t part of the deal with the huge popularity of Fantasy Football that it’s actually a coyly constructed way to make fans think about numbers instead of humans, making them forget about CTE and concussions, pushing them past simply looking at statistics to a second level away from thinking of NFL players as actual sentient men, ruled by emotion, whose sentience and the control of whose emotions are potentially being stolen from them not just when they get hit really hard, but when they hit each other on the line of scrimmage, play after play, each time their heads hit each other? And isn’t that what Fantasy Football ultimately does—and isn’t it what statistics do more broadly: make us not just step away from considering the humans as humans, but make us just start caring about numbers that push us that much farther from thinking about the sentient emotion-having humans whose brains are being smashed against their skulls causing irreparable damage to their brains? So that if you were to step back you might recognize that watching the NFL these days, after knowing about CTE, is a little like being a fictional audience member watching the Hunger Games while also reading/watching The Hunger Games?

Or maybe it really is all the parenting and all the My Little Pony.

I remember reading a former NFL lineman poignantly describing how at the end of a 13- or 14-play drive he often couldn’t remember the touchdown that that drive resulted in after hitting his head over and over against another man’s head—not from a huge concussing hit. That same lineman has since described what it’s like to be suicidal in his late 30’s. Which is to say: one thing I know is that I do cringe when I’m watching NFL games now and I hear commentators laud big hits, ones that could cause a player injury, and hear them deride new rules meant to protect quarterbacks. But I also know now that, intellectually, I shouldn’t cringe at those hits, I don’t think, as much as I should cringe every time the whistle is blown and those heads hit each other on the line, over and over, making dysfunctional those players’ brains to the point the players may resort to taking their own lives.

And I understand that the NFL can only do so much— that when I was in high school in the 1990’s the NBA was far more popular globally, but that the NFL has come to surpass its competitors, and that that business model works. It’s hugely popular. But isn’t the trouble then that the popularity of the sport is itself to blame, and that what makes a thing popular is the sheer mass of individuals supporting it and talking about it and playing in Fantasy Leagues based on it, and then that when I step away from statistics and Fantasy Leagues and moderate rule changes to support player safety ultimately the only thing I can do is stop watching? Even if I’m not ready to stop watching? Even if my team looked pretty mediocre at season’s start but now they’re 9-3 and in recent games they’ve looked basically unstoppable and I really, really don’t want to stop watching?

Or maybe it’s just My Little Pony. Probably parenting has made me tired. Maybe there’s not much an individual can do about much of anything, let alone get eight consecutive hours of sleep. Then again, maybe it’s complicated enough to find a way to enjoy the myriad assets of a violent sport amid its grace and moments of athletic virtuosity, without having to think about grainy video shots of men with recently discharged handguns and the absurdity of hateful text messages, and the possible direct links between these things. Maybe.