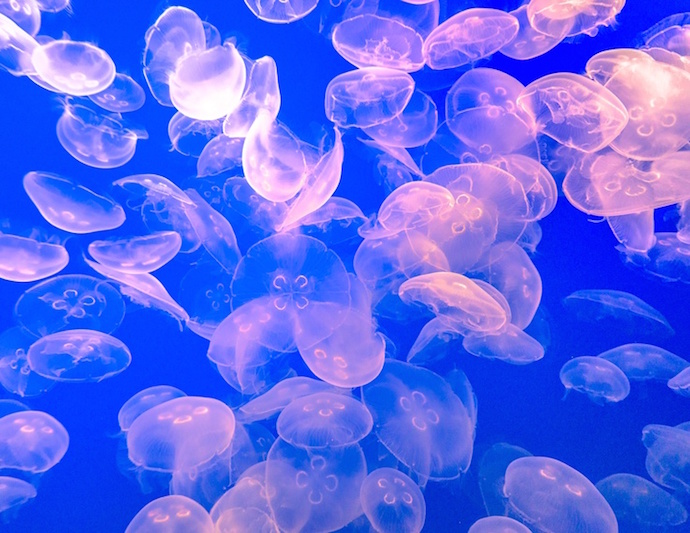 Nightmares
dream of their boy, his terrible mandates, his screams and furies. He clothes them in rattling scales, in weeping sores, and they tremble at his approach, hide in the inbetween spaces of clapboard walls, mote-strewn attics, of black plastic bags brimming with refuse. They howl when he summons them, writhe into new forms — now a grandfather, bearded and alien, now a stranger opening the patio door slowly, so slowly, until nightmare and boy both scream.

Dog
dreams of being alive, of chasing salt on the breeze, of roads still wet from tire spray. Of escaping the mud-stained plastic bag, of not hearing the crunch of spade in sandy soil. Of hiding in the underneath spaces again, the small nest in the garage where a towel smells of oil stains and sweat, of grass and gasoline, of chewed tennis balls and the laughter of his boy.

Fire
dreams of paths along the makeshift fuse, the sheaf of paper twisted and snaking into the canister full of gasoline. The adolescent crouches above, alone in the garage, alone in the romanticized spaces of his own making. The flame shifts and seethes then slips into nothing as he blows at it with a nervous, barking laughter. He removes the charred serpent from the canister and screws the lid on tight. Outside, the earth resumes its orbit. The sun drowns in the sea.

House
drifts through dreams of its dead, the grandfather who lay wasting in the metal-armed bed, leaking life into a plastic bag, a jellyfish of tubes and fluids. Through the mothy odor of his felt hats, his leather belt that he threatened you with, the poplin shirts that now fit you, that you wear with pride pretending you’re a man. Through the walled-in spaces brimming with corpses of mice and palmetto bugs, their faint decay a constant redolent barb.

Jellyfish
do not dream. They float brainless in the brine between the legs of children. From the shore the young father watches as they scoop them out — so blithe, so fragile — and thrust their hands forward, the translucent sacs slipping between their fingers. He shouts at them but his voice scatters into spaces beneath the waves.

Waves
dream of lovers, of clasped hands, of picking through cockles and whelks, augers and sharks’ teeth. Their spouses indifferent, so too their grown children, their lassitude sagging in the spaces between their lives. The surf chews at their footprints and grinds them to nothing.

Teeth
dream of raging and tumbling about the spaces of his mouth. Of running free from the tongue, of rolling like dice across the floor, the cuspids spinning in all directions for the augurs to study. A putrid smell of fate seeps from their cavities.

Ghosts
dream of roots, of the thrum of water being pulled from the earth, of slipping through spaces smaller than memory, through xylem and stem, through bough and leaf, of unfurling in the pallid light of morning.

Joshua Jones is a writer and animator residing in Maryland. His writing has appeared or is forthcoming in Necessary Fiction, The Tishman Review, Juked, Cleaver Magazine, and elsewhere. Find him on Twitter @jnjoneswriter.