The Importance of Being Macaulay Culkin 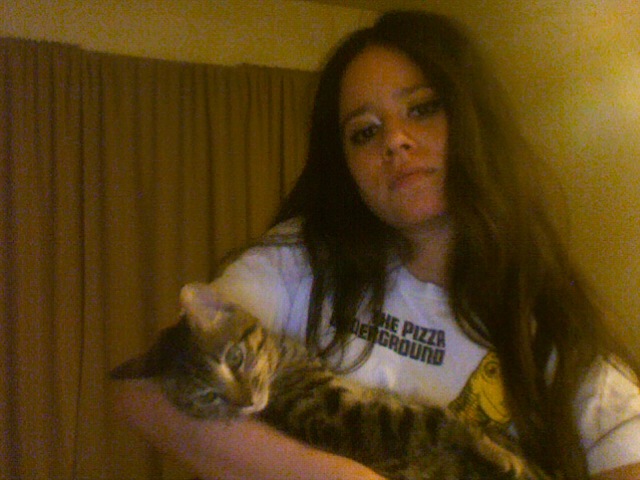 Before dating white boys, I mostly dated Mexicans from 2004 to 2007 because I knew they liked me because they were familiar with me, my features and type. They knew the rules. They knew about the bullshit. They knew because their sisters and cousins had to go through the same routine. They knew what to say when they met my parents. They knew it was normal, expected and not crazy to meet them. They knew this didn’t mean we were going to get married. I casually and briefly dated non-Mexican boys in between because they liked my style and thought I was cute and vice versa. It was brief because they didn’t know the rules and understandably thought that everything that comes with dating a very young Mexican girl is too complicated to deal with. I constantly had to lie to my parents if I wanted to hang out with these boys because I had to cross back to Mexico when we were done hanging (they lived in San Diego and I lived in Tijuana). They didn’t understand that I had to go back home. The one time I rebelled myself and got back home around 4 a.m., my parents called me a whore. But this is not about that.

White boys came into my life in 2008. I’m pretty sure I learned to like white boys because of pop culture. The first white boy I liked was the protagonist from Saved By The Bell. After that it was probably Tommy from the Power Rangers but maybe it was Shawn Hunter from Boy Meets World and then it was Tommy. I learned from others and from TV that I was supposed to like the popular one. The one all the other girls wanted. So of course I didn’t like Mario Lopez at all. Later, I started to hate the color pink. All the girls liked pink so I decided that my favorite color was going to be orange. This was stupid and I only decided that I wanted to change my “favorite” color because I wanted to be different and special because I started feeling that way. I decided to make that change because I was a stupid little girl who wanted to be unique but no matter what the reason was I’m glad I decided to make that change. Why is everyone obsessed with having a favorite (whatever)?

All of this has led me to answer the following question: Why do I like Macaulay Culkin? Maybe because he has always been isolated. As a bullied little girl, I’m attracted to him because of this. Of course he was extremely popular when he was a kid but I’m younger than him and back then I didn’t know what came with being that popular. I probably didn’t fully understand how popular he was either. I just liked his movies. His family left him home alone. Everyone called him names. He was allergic to bees and died. He was the kid on a wheelchair dating the Goth. He was rich and alone. He was an evil kid. Poor Elijah Wood. 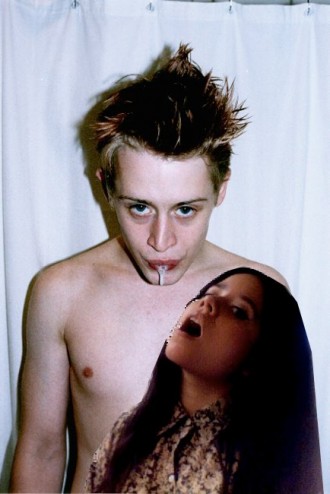 I do like him because I find him attractive but I’m not sure what I like more: his hot physique or his roles. I’m positive that I wouldn’t like him if he had big muscles and looked like Brad Pitt. Although, if he had Brad Pitt’s roles but looked like he does now, I’m not sure I would like him.

I’ve been writing about Macaulay Culkin for a few years. I think I started in 2008. I remember one time I tweeted something along the lines of, “When I meet him…” and of course I was joking but one of my best friends replied, “In your dreams”. I don’t even know 100% what “The Secret” is about but I remember focusing really hard and not putting his picture on any board ever but thinking, “I will meet him one day and you’ll take it back, asshole”.

I met Macaulay in a show a few months ago (in 2013) and to be honest that night I wished I hadn’t. I couldn’t look at him because everyone was staring. I felt like all the concert attendees and I became this giant blob and we were all staring at this person. I felt second-hand embarrassment many times that night. I tried to live-tweet my experience but I couldn’t even mention him. I just kept tweeting “Oh My God” and “I Can’t Even”. We can be so stupid most of the time. I made a Facebook status update about being in the same room than him.

I’m in a picture with Macaulay and my roommate. In the picture, we look blurry and Macaulay’s body is closer to my roommate’s body. Every time I look at the picture I think, “Wow, I look ugly and why is he so far away from my body?” It makes me sad that the evidence is so blurry.

——————–
Ana Carrete is the author of Baby Babe. She loves Twix the Cat. She tweets @ana_carrete.
Tags: features