The Einstein of Mt. Greenwood 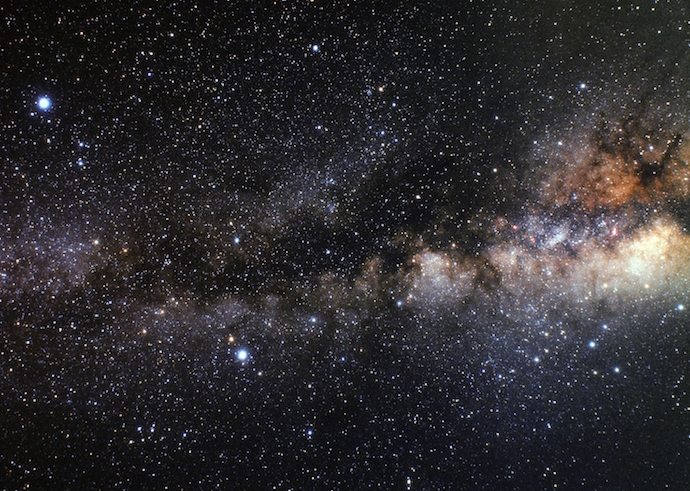 “Last night my daughter runs up to me and says, Daddy, I know where the universe comes from.”

They were in an unmarked in Little Village. A ranking Latin King previously thought to be out of the country had reportedly been spotted in the area.

“We were in my house,” said Gollihue.

A bag of wet cement with a badge, Gollihue. In color, shape, and mental activity.

“Where did she say the universe comes from, is what I meant,” Swarzek said.

It had started to snow. The drifts blowing off the open lots on Ridgeway made Swarzek long for an empty bar with a radiator going critical.

“Well, they teach her about the Big Bang and all that but you know, even if it’s true, there’s still that question, what was before?”

It took Swarzek a moment to understand what Gollihue was saying.

“You’re the biggest knucklehead on earth for not sending her to a parochial,” he said. “That kid’s way too smart to not have the answer to everything be God.”

“But she’s figured it out,” said Gollihue, his face bright. “She said that what it was, what was there, you know, before, was us.”

Gollihue framed by the gray of the afternoon. He wasn’t bad police. He wasn’t a limpdick or a chump. He knew how to use his fists. Swarzek’d seen it. But he got this way sometimes. He’d stop talking or worse, stop making sense. Gapey and glasseyed at the most what the fuck shit. From having kids, most likely. As Swarzek had it pegged cops needed to be instructed on how to shoot more than just guns.

“She said, like, every person who’s ever been alive, we existed as, like, energy. We were the unmade stuff. We just blew it all open. And then, like, we just wait until we become souls or something, and then we move down to earth.”

Swarzek futzed with the heat. It blew too cool and smelled wrong.

“What about cavemen? Were they in this energy? They say they were human.”

The tip was a born bust. The Latin King was probably plowing a peyote-zonked indigena in a mud hut in Chiapas. Futile repetition cop work. You sit long enough in a small car looking at snow falling on shitty bungalows and expanses of weeds and your brain starts going funny places.

Swarzek tried thinking of being a splotch of energy joining other protosouls in a mob action to kick down the universe’s door. It could make sense but it felt disgusting. It brought to mind smackheads and washouts lined up outside free clinics before opening hours. It was vile to put the origin of life in that company. Swarzek had no use for questions like these. He reserved his brain force for things that could be seen. It didn’t seem like a trait just for police either. Of all the things to let your mind to float off to, there was everything from the Bears to the IRS to the new girl at Quinlan’s with the earring in her nose and tits like a favor from the lord. Or dinner. Or the check engine light. Or the shitwork you’re handed slowly erasing your day. It’s enough being an existoid without worrying about before. But there’s Gollihue eaten up by it. Lit up Gollihue. High up Gollihue.

“How did she come up with this theory? Did she say?”

“She go to the Planetarium? Look through one of those telescopes and see souls assembled at the ass end of space?”

“I was watching the Blackhawks and she just came running up.”

“There’s always a revelation with these things. You’re on a train in the mountains or fucked up on opium and then you see the hidden truth.”

Gollihue picked at a cuticle.

“Fuck’s sake, Tom, she’s seven. I’ve never even seen that. What I said is, somehow this idea, this rather large idea, got into her head. And I’m just wondering how it got there.”

Gollihue kept at the cuticle. It was his left thumb.

“You never know how your kids get smart,” he said. “It’s just this thing.”

Swarzek knocked his head against the headrest.

He looked to Gollihue for an affirmative. He just worked away at the cuticle. There was a bit of blood on the scene now but he picked right through it.

“Why did you shit on what Madison said?”

“Jesus. Do you believe it?”

“I mean, it isn’t like I’ve got any better ideas. It’s like, it’s a question, no one’s answered it. If I think about it it makes my fucking head want to turn inside out. It’s the first fact—the fact before the first fact of everything and there isn’t any good way to explain it. And she’s not just answering that question, she’s also figuring out where we come into the picture.”

Swarzek waited for Gollihue to finish. He took a breath.

“This is a child talking, Tom. I know she’s yours and I know she’s the Einstein of Mt. Greenwood. But she’s a tot. Just a little tot. You shouldn’t get so invested in what someone who doesn’t know anything – forgive me – has to say.”

Gollihue slumped a little, as much as the front seat of an Impala would permit someone his size. He could’ve responded with his fists, turned Swarzek’s jaw to shards, and that would have been acceptable. But that wasn’t Gollihue. He didn’t follow wonder with rage. He followed wonder with wonder, a silent accumulation of shit he didn’t know.

In the Spring, they found him alongside the Canadian National tracks between the lake and the Skyway near 98th St. His hands and feet were bound. A lot was done to him before he was shot. Probably because of the way he answered what was being asked. Fucking creeps should have known. Gollihue never knew what to do with words.