REAL, FALSE, AND WORTHY: ON JEN GEORGE’S THE BABYSITTER AT REST 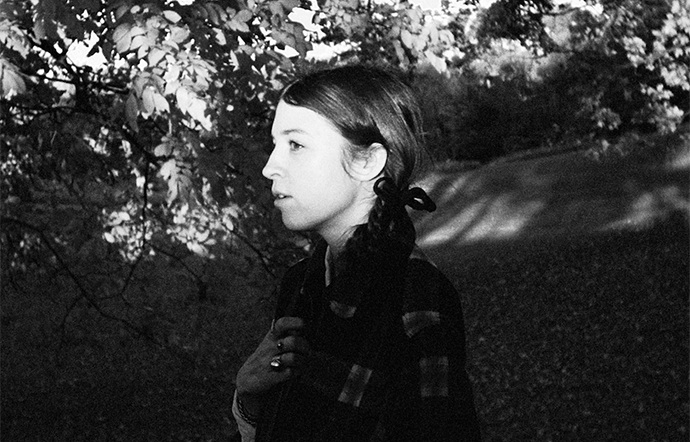 Reading a short story is a humorously finite quest, made manageable and sold by the very fact that it is agreeably short. In Jen George’s debut collection of stories, The Babysitter at Rest, the brevity of each short vignette is the same as the sensation of pain that comes quickly before a slow wound reveals itself. A papercut you slice in the blink of a feeling, the blood teasingly no-show at first. But then it comes, the blood. You are alive.

George’s stories exhibit life either fashioned in fantastical whimsy or frighteningly realist in the hands of omitted details. Even the figures painted across the covers, by artist Lola Rose Thompson, are clearly human but sickly representative. The idea that one may be our protagonist(s) is a horror we may not want to face, like knowing pants from last winter are now too small without having to try them on, begging the question, Is this really me? In reading George’s stories I found myself asking myself this same question, Is this really me?

Opening with “Guidance / The Party,” we meet our first protagonist on her thirty-third birthday, an occasion to repair the failure that has been her attempt at mature life up until this point. She submits herself to the wisdom of The Guide, a mysteriously immortal person who shows up to advise and ridicule her: criticism as construction of a better version of the self. “Your development has been significantly hindered if you still think there is some social satisfaction coming that you have not yet experienced,” The Guide tells her. It is a revealing assessment, continuously pointing out flaws and misfortunes that are otherwise saccharin-coated by friends and family who try to protect feelings. The Guide is here like an x-ray: this is what is broken and can never be fixed, here is something that will require serious restructuring if you want to become better. To lead our protagonist to the endpoint of Success, she must throw a party to prove that she’s earned the fact of being alive at age 33, unwasted. The party is a test of social cues and how to deal with anxiety. It is a blatant culmination of what an adult today must engage with when hosting any sort of interaction, complete with how to enchant acquaintances and avoiding potential social failures by escaping to the kitchen where something must always be said to be cooking in the oven. The story itself is broken into subjects, like a manual or the elusive manual discussed by The Guide. Section headings include “Subjects to avoid,” “Beauty tips,” and “The Host’s status.”

The title story—which first appeared in BOMB Magazine as the 2015 Fiction winner—is fragmentary but in ways that are not like broken memories or lyrical expressions, more like scrolling through search results that are all a top hit. A millennial use of “Welp” occurs more than once. Are we still with our first protagonist or have we moved on to a new persona?

We are, I realize, reading the would-be thoughts of a Sim character’s logic. We can build a pool and throw a party then delete the stairs so that everybody drowns. Now we have ghosts. This is the logic. It is logos without pathos and makes perfect sense as an equation.

Emotions from the protagonist are minutiae, seemingly laborious to extract or deal with, let alone to possess. It is easy to just sleep with someone who is a partner in the dance, rather than muddle the situation by thinking about it. Tyler Burnett, the successful attractive man who employs the protagonist as nanny to his forever baby, is also her lover.

“Thank you for the gifts of your young pussy and your tight ass. It’s as though I’ve had a mind-erasing serum or a vibrancy elixir or like a really strong energy drink.”

“You’re welcome,” I say. The baby’s face turns red. Flies begin to swarm around him.

Again, the question of whether we are dealing with different characters—or even different realms—arises in “Take Care of Me Forever.” Having left behind Tyler Burnett’s forever baby, here our story’s protagonist is now the victim of being doctored as sex object, invalid object, and dependent. A preoccupation with sex and bodily stagnation never being quite right (“The nurse informs me I’ve been diagnosed with auto-pregnancy, which she says has nothing to do with the fact that I’m dying”), we are burdened by the institutionalization of being a patient, submissive not just to the symptoms deciphered by the authorities but by the very whims of the authorities: What do they feel like is wrong with us today? What do they feel like doing about it? The relationship between patient and doctor taking on roles of captor and victim of Stockholm Syndrome, hopeful that restoration is at the end of this trial. “I am told I should’ve had children younger. I’m told I’d have been an unfit mother. I’m told my life made a clear line to this place, like predetermined destiny.” Perhaps we are reading a short story penned by The Guide from earlier.

George carries our bodiless speaker(s) through the uncertainties, hopes, and expectations of a contemporary woman: partnership, sex, marriage, childbearing, attraction. George straps us into the aspects of being female that never go away, or are progressive only in that they never become unbridled from social burden. The world running up the credit of every woman and her values; the world charging interest on a woman’s worth regardless of debts. The woman of “Futures in Child Rearing” attempts to be granted a pregnancy consistently denied by the determining technology: she is not deemed fit no matter her efforts. “I swipe my credit card through the ovulation machine in an attempt to bribe it into telling me something useful. Insufficient funds, it reads.”

Like clickbait media and self-help fads, perhaps even contemporary hashtag trends, George utilizes the necessity and attraction of simple guides for a simple life made meaningful. “Instruction” is the final story, again divided by titled segments including “Suggested reading,” “That’s that,” and mostly “Notes.” The multi-voiced documentary of a renowned alternative New York art school called The Warehouse is a parodied mirror of the roles of creative collaboration and creative competition. Only in this final story do we have a name for our protagonist, gender-fluid Lee. “The Teacher publicly dated other young women who made porcelain figurines or wrote poetry or played experimental guitar music, but everyone kind of knew he was still fixated on Lee. That The Teacher was still interested in Lee kept people interested in her. The rumors turning to legend of Lee bred hundreds of imitators,” another character tells us. It is by comparison to others, those subjectively less than our own ideals, that we find our own value in life’s Venn diagram of Real, False, and Worthy.