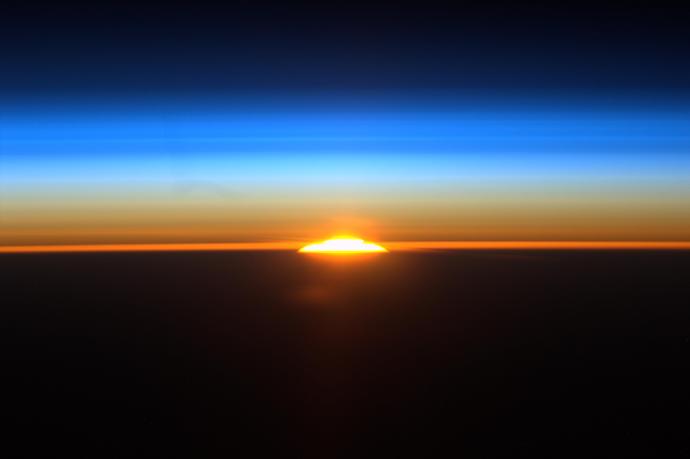 When I moved out of my parents house my mom wanted to leave, too. She didn’t, because sometimes you stay for the things you love. Whenever we talked on the phone she sounded sad. She was always getting rid of things in the attic, packing up the good china for the unplanned day she’d finally get out. She stayed for my dad who occupied the house so infrequently you could count the days by hand. They didn’t leave because when my dad came home from work, the house was right where he wanted it to be. A Victorian farmhouse built in 1816 with a barn and stables, a little creek running through the side of the property, six apple trees, wild rhubarb, and a cherry blossom tree. Beautiful, the last of its kind. The other houses on the block turned into apartments. It held my mother captive. The house did. Or maybe it was my dad.

When my parents got married, my mom wore a white linen pant suit and my father a plain suit with a light blue button up. His family didn’t come to the ceremony. Seattle is a long way from home in middle of nowhere Pennsylvania. Fuck it, my dad said. I’m gonna marry her no matter what.

Desperation and determination look the same to me, even though my parents are almost a foot different in height.

When the wedding was over, he moved near his family. My mom followed. She wore pants to the wedding. Maybe she felt like she should have to sacrifice something to even the score.

Falling into a depression for seven long months she said, “I’m going back home. You can come if you want.”

I was born a few months later in my parents bed. My mom named me Sloane.

My dad wanted a boy. Before anyone meets me they usually think I am a boy, or they think Sloane a last name and call me Frederick, like I’m a dusty old man. My dad wanted to name the boy Isaac. I think I might like to be called that now, but my mother never took his name so damned if I take one of his names either. My mom named me Sloane. That’s who I am.

I know what my mom meant.

I know I can take these men.

My dad got a boy four years later. A happy day.

We moved a few more times across the upper part of America before I took off on my own. I left for Tom Waits’s vision of the desert: pavement glittering after the rain, a japanese exotic dancer named Sheryl whom I wed all the way down in San Bernardino, open sky, hitchhiking to a field of sunflowers, doing opium on a red velvet couch, and finding a sense of home. I found something similar. Something darker. Something that tasted like salty skin, that smelled like gum disease. Something that smelled like the underside of the bridge, and blinded me like javelina jaws bleached white. Something that hurt like taking Plan B in the Walgreens parking lot in the middle of January, whispering I’m sorry, I’m so sorry ambiguously to absolutely no one (though certain it’s someone). I found something and I fell in love with it. I fell in love with a boy from New Mexico who held the back of my neck the same way my father used to when we crossed the street together. I fell in love again with a boy and his bad teeth who clipped my ketamine colored nails off when I was coming down. I found something and it was a miscarriage, a change of address (three times), bad x, and a sand storm to my eyes that damned me to eternal sickness.

It was here that I learned from these men how to be a man. More than survival, more than endurance. I thought women back home were always in pain. I thought I escaped, learned how to live in spite of what happens when life doesn’t roll over its belly for you. I found the vision of the desert Tom Waits had if it was inspired by the scent of wet underwear just after a long bike ride.

My brother came to visit me one time. We hiked through Sedona and he cut his leg on an agave. I looked at the blood and felt embarrassed. Exposed. I thought I failed.

I take all of the hurt so there’s none left for anyone else. None.

I burnt the Tuscan sun. I crushed granite between my two girl hands. I moved again. Like father like daughter like family. I was going home, I said. I didn’t ask anyone to follow me. It was likely the last time I’d ever see anyone with that kind of sweat on their face. The last time I’d feel powerful watching the sun set.

I started shacking up with this boy in Atlanta. He comes down some weekends to see his dad and stepmother. He stands next to me while I make tea, in the same way every boy tries to get close to me—in the kitchen. He says, “I shot a gun with my dad today.” He overlooks who he is in order to get close to his father. I get why people do this. I feel normal when I understand why you would shoot a gun at nothing to be near your dad.

He told me he doesn’t even really like blondes, but I don’t look like other blondes. I am the gold stamped exception. The rare white tiger. Glorious.

When it’s time to go I wordlessly beg him to stay because I know that’s what I’m supposed to do. I know I did it wrong if I can’t get him to forget time. To throw his watch out the window, snap his phone in half over his knee and fall into my open arms. He tells me, That’s a dangerous look. He says, You’re such a sweet girl, Sloane. I forget those words because I don’t care, I don’t fucking care. I grind on his hand partly pissed off that I can’t ever enter him and partly wanting to be the one to make a mess for a change.

The condom rips. He almost doesn’t fit inside me.

I contemplate pregnancy. I contemplate not giving a damn. My stomach retains water and I hold my bloated stomach the way I saw women in the movies do it. In white socks and sensible sneakers. The sweat glowing. I contemplate stealing plan B for a girl in distress instead of being the girl in distress. Fuck. Fuck it. Give me my womanhood! I earned it. I crunch clots between my teeth. I soak in blood and come out anew, all my eggs in tact. Praised be.

I flip over, my face pressed against the window. He goes slow and we both feel it, my body making room. He tells me it’s pretty and tastes sweet. I can feel him through my stomach. Finally, I can prove there is a man inside of me. It might actually be me.

I just have to pretend that he’s me.

I am bigger than my body.

He lays on my back, holding onto my hair with all his weight. I did a good job. What he said next I anticipated. I was ready for: the best orgasm he ever had. Hurrah! My pussy is golden! I am dripping like the sun. Sex on Sunday morning. Sex while the sun rises!

After she already graduated law school, my mom changed her name to something with a little more edge, and cursed every judge that mandated women in skirts. But she still put the skirts on.

When I was 10 and didn’t like putting my hair up because all the girls in school who put their hair up were uptight, I would sneak into the hall closet at night and try on her clothes. I stood in the mirror, unable to walk in the heels. By morning, there was no proof that I wore anything but cargo pants and t-shirts from the boys section at Old Navy. Not me. Not ever.

Once she got her own practice she married my dad. Probably because he was cold and unfeeling. I bet the lack of romance made her feel tough.

I feel the same way.

I’ve seen very few pictures of my mom from before him. There’s a polaroid of her with a cat. One of her when she graduated law school. Another when she first moved to Chicago. There aren’t many photos of them together after the wedding. When I moved out I stole a photograph of the van my dad lived in after high school. Pictures of him in the Cascades, cycling in the Tour De France. I never stole a photo of their wedding. There’s nothing in there I don’t already know. Nothing I haven’t already learned by just being here, by just being alive. The wedding photo feels fake. My parents faked their wedding and the two people in the photo are not real. My pretend parents playing a bad game of dress up while my real ones are hidden away in the mountains building a cabin by hand.

My dad intentionally kisses my mom and she obliges. She does the thing in the movies where the man takes the lead and we believe him to be so intuitive of the female mind that he knows what she wants and kisses her and she knows her role and takes the kiss. She takes the kiss.

It doesn’t last more than five minutes. His veins stick out in his arms and that makes me want him. I claw at them and whimper fuck me and I really mean it. Fuck me. Do your worst. Turn me inside out. There’s nothing you can do to me that I wouldn’t do to myself if I could.

Such a sweet girl.

My dad refuses to move into an apartment or a townhome. Having other people around your home means you can’t afford to take up space. My mom packed all of their belongings. My mom kept the part of the doorway that measured how tall my brother is. My mom has a box of my things in the barn that reads, “Sloane’s bones.”

I don’t know the first time my mom saw me as a person, and not so much like her child. Maybe when I told her about the pregnancy test I refused to throw away. How there was a time it hung on my wall. Maybe she thought I was a little crazy.

I hold my stomach and think of all the things that fit in there. How I can pack myself up. How I feel eternal, if only this mortal existence would get out of my way. I will never know what it’s like to be inside of another person. No one will feel me in their stomach.

I rub myself with coconut oil and fall asleep in cotton underwear. I take care of the things I carry.