Pursuing the Trivial: The Houndstooth 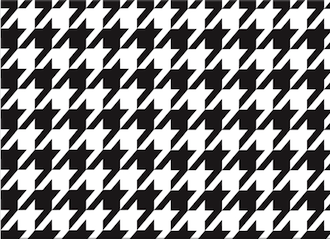 Topic Strengths: Beyoncé, Germany, things to do in Minneapolis, telling me it’s okay when I miss a question

“Have you guys played before, or…?”

A rightful question coming from the trivia jockey—I am a stranger to this bar for the most part: a towering sterile monstrosity that sits on University Boulevard across the street from my usual watering hole. The Houndstooth, once named by Sports Illustrated as the Best Sports College Sports Bar, went through with a multi-million dollar renovation in 2008 that transformed the bar from a rowdy and dingy dive, to something that looks like a strange hybrid of your high school’s gymnasium and your high school’s locker room: concrete walls painted crimson, glossy floors, cathedral ceilings where countless pieces of Alabama Football memorabilia hang.

While I have never played trivia at this particular location before, I am extremely familiar with bar trivia and specifically the bar trivia format that will be used tonight, which has been provided by Challenge Entertainment, a region-wide trivia company. The format of the game is simple enough: three rounds with three questions each, a half-time question where there will be four answers to a single question, another three rounds with three questions each. It is a confidence-based system: each round you can put either six points, four points, or two points on a question. Each point-total can only be used once: so, if you feel extremely confident about a question, you put a six. If you have no clue, you use your two and hope that you know the others. You get the duration of one song (the music! Oh the music!) to turn in your answer. At the end of the game, there is a final question where you will be asked to put four things in order: typically earliest to latest or largest to smallest, and you will wager up to 20 points—get it right, the points are yours, screw up, and lose your wager. The top three finishers get ten dollars, twenty-five dollars, and fifty-dollars respectively; typically to be used to buy the pitchers of Bud Light and whiskey and Diets you’ve purchased over the past two hours. At The Downtown Pub, where I play every Sunday night, I currently have a bar tab of -81 dollars. I keep a pen in my car so that I don’t have to use the dulled golf pencils provided by the jockey. I am in the process of memorizing the presidents and their vice presidents simply because I’ve been burned badly by that category in the past.

The reason I am at The Houndstooth tonight, instead of being sensible and eating pizza and watching television at home, is because I decided to embark on a trivia vision quest of sorts: I will be playing trivia every night for one week at a multitude of different locations. My wonderful girlfriend, Tasha, is accompanying me this evening, although she has made it very clear that she will not be going on this journey to every trivia night, which I respect: sometimes one has to traverse this quizzical world alone.

This is the part where I tell you about my trivia prowess: I’m pretty good. I’m not going to win any awards, but I’m a solid rotation guy that you probably want on your team. I have my states and state capitals memorized thanks to my 5th grade teacher, a solid grasp on Top 40 Radio going back to the 1960s, I’ve watched some terrible movies, and the majority of sports questions are typically automatic (unless I get thrown a NASCAR question, then all bets are off). I received a Jesuit Liberal Arts Education, of which the selling point to myself and my parents is that I would be formed into a “well-rounded” individual, and so therefore I am eternally grateful that my parents spent around 30K a year so I can receive twenty-five dollars off my tab and pay for Budweisers two through seven because I remembered that the father in Little Women was a chaplain in the Civil War and that Joan of Arc fought in the 100 Years War. I tend to struggle with science and government, but science seems to struggle with science, and the government definitely struggles with the government, so I don’t feel too awful when I don’t know what was the first discovered sub-atomic particle (the electron, apparently!), or which amendment allows the government to collect income tax (16th, booooo).

Our team is off to a good start: I know that Owen Wilson was the voice of the main character in Cars despite not seeing the movie, I get an extremely easy soccer question, and I manage to know that Craig Ferguson is the host of the Late Late Show due to my grandmother’s obsession with him and subsequent ire from my parents as a result of her staying up too late.

My first miss is six questions in, when I overthink a videogames question—a great shame for those who know me; one of the main fears in writing this essay is having to admit to things that I don’t have the heart to admit to: a question I should’ve gotten right, a piece of knowledge that is perceived to be as somewhat universal in certain sectors and yet has passed me by. Perhaps this is why I like playing alone: I can keep the embarrassment to myself. Tonight, I can spit out inane slogans for companies, but it took me longer than I’d like to say to remember that Brown vs. Board of Education took place in Topeka, a fact which Tasha knew immediately.

In this case, I assumed that Pong was the best-selling game of all-time on the Atari 2600, when, in fact, it was Pac-Man. I thought that there was no way that the 2600 would have the computing power to run a heavily-graphics port like Pac-Man, and I was right: it was an absolutely horrid shell of the arcade original and many disappointed gamers wound up returning the game demanding a refund. Of course none of this information is useful in trivia: I once played with a friend of mine who claimed that she was awful at trivia because she doesn’t know facts—she knows story, and concept, and theory, but she does not know facts. Trivia is not for people who know the story behind things; the story is useless.

After another miss where I mistakenly think that Queens, not the Bronx is the northern-most borough in New York City (shaming my entire family who lives within spitting distance of the Holland Tunnel), and it is half-time. Our team is in third place, two points behind the leader, whose team name is “Who Cares What Our Name Is, We’re Just Going To Win Anyway”.

Perhaps it is the towering glare of Nick Saban and Paul “Bear” Bryant above me, or the fact that the only time I ever step foot into this bar is on an Alabama Football home game; clad in crimson and houndstooth and ready for war against the Tigers and the Bulldogs of the world, but a name that smug, especially when the trivia regulars all seem to nod in agreement to that statement, simply makes me want to rise up in the second half and crush this team. I would be treated as a liberator! The other teams would stand on their bar stools and cheer! The trivia jockey would breathe a huge sigh of relief because even though he is not supposed to show bias, he is an Alex Trebek weathered by the constant victories of a Ken Jennings. The other teams would see that if this rough and tumble kid from the trivia joint across the street can come over here and take down the goliath, then, gosh darnit, everyone has a chance! This victory isn’t for me, no, this victory is for “Team Elephants,” and “Spoiler Alert: Dumbledore Dies,” and especially you, “Big Dick Bandits”! James Cameron will make a movie about this and everyone will love it! A stranger will lead us! He knows what the capitals of the Austro-Hungarian Empire are! Huzzah!

Instead, the second-half plays out eerily similar to the first: a miss on a question about a movie I’ve never seen; underestimating the length of prohibition. There is a bit of an uproar about a question concerning the amount of heads of the hydra: the trivia jockey claims it to be nine, yet a Herculean-uproar occurred, causing the jockey to “blame the question writer,” and award us all points for our task.

In the end, we remain in third, 13 points out of first, and 10 points out of second, yet 15 points ahead of fourth. We decide to wager seven points, in the hopes that the second place team will bet four to try to jump the first-place team. Furthermore, Tasha makes a good point: the ten dollars will pay for her drinks.

This is a valuable part of any type of wager: we find ourselves screaming at the television when a game show contestant is given the option to take the money or risk it all in hopes of doubling their winnings. We inevitably want them to take the risk, however, we do not factor in their background: ten thousand dollars to me is worth an incredible amount more than ten thousand dollars to someone who makes twice my salary.

Ten dollars could go a long way tonight, especially with five more trivia dates on the horizon, not to mention the fact that we have nothing more than an educated guess on final question; largest to smallest: number of Mexican states bordering the US, number of moons of Pluto, Reggie Jackson’s retired jersey number with the Oakland A’s, and the number of canals in the ear.

In the end, we get our Pluto moons and our ear canals flipped, and get jumped by the fourth place team, two relatively attractive young women who had recruited a University of Alabama professor at the bar to help them out in the second half.

This is how it goes sometimes: for a game that appears to be based on knowledge, the game is primarily about luck. Sometimes you run into a team that has a ringer who will play once because two blondes ask him to, and never pick up a score sheet again. Other times, the questions fall your way: you might get a question about your home state, or perhaps you just watched a documentary about Richard Nixon. It’s never about not knowing, certainly not: you had the answers, they just asked the wrong questions.