Pornography as a Model for Consensual Sex and Feminism 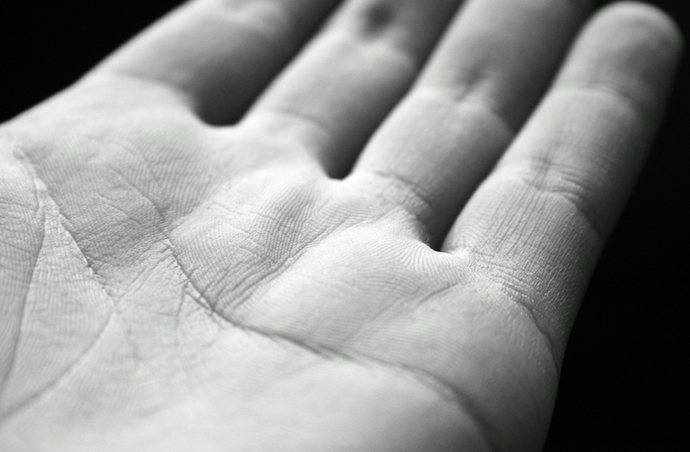 My own exploration into pornography began, not with my sorry experience in the 1970s — my star turn as it were — which was a single and singular experience motivated by a shortage of rent money. Those days, and for years, I saw no relationship between feminism, sexual equity, and pornography.

It was in Toronto that my education into issues of consent and ethics in the industry got serious. Ethics was a focal concern of the Festival and all the films shown had been vetted for ethical practices. Posted on the wall as you entered the venue was a Model Bill of Rights, guidelines that insure safety and consent in the production, performance and content of films. The bill was written by APAC, the Adult Performer Advocacy Committee, a non-profit organization committed to maintaining and improving working conditions in adult entertainment. Performers “rights” include the right to insist on STD protection, to stop a scene and “to decline, in a professional manner, to perform any professional requested sexual act I don’t feel comfortable with.” In other words, no one does something that they don’t agree to do beforehand, there is the option to change your mind and, if necessary, the use of a “safe” word, such as STOP, is part of the protocol.

We may not think of pornography as offering useful and valid sex education, yet what’s happening in the adult entertainment industry today unexpectedly provides a model for consensual sex that is more in line with feminism and respect for the other than sexual norms in the larger culture. As the APAC secretary Siouxsie Q puts it, “The adult industry is slightly ahead of the curve when it comes to consent.” The group, she explains, is launching an ongoing drop-in mental health support group for performers, one goal of which is to help their community navigate consent, harassment and stigma. Siouxsie, in an article in Jezebel (Oct. 25, 2018), noted that she’s been touched non-consensually in mainstream settings more than on adult film sets.

Candida Royalle was the forerunner for what we’re seeing today. After being a leading lady in front of the camera during the Golden Age of Porn, she became the first woman to run an adult entertainment production company. Not only did she target women, making their pleasure as imperative as a man’s, she also introduced the concept of consent to the industry. Identifying herself as a feminist meant self determination and choice, and carried over to her work environment that was safe and sensitive to her performers’ needs. It’s no coincidence that Royalle is the acknowledged model for the lead role of Candy in their HBO hit series, The Deuce. 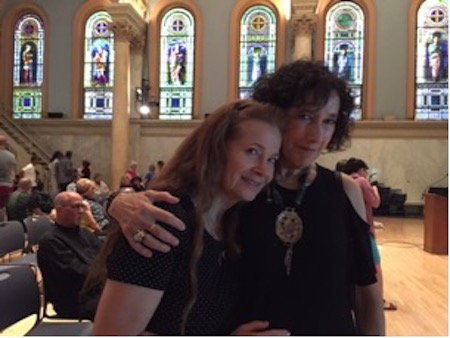 Veronica Hart with the author

A good example of how consent operates in the feminist pornography industry occurs on a set of Stormy Daniels production. In an interview with Veronica Hart, who was a performer during the eighties and now works for Daniels, she told me that Daniels “is fair and of course she discusses what kind of sex the two people are going to have.” Hart added, “She doesn’t ‘spring’ anything on anyone nor take advantage. The company she works for now – Digital Playground – takes it one step further . . . asking questions like ‘Are you here on your own accord? Are you on any drugs or alcohol?’” Pornography then, can offer a paradigm for how to say “no,” and for how to have sexual parity—aka orgasmic equity—whether women are co-starring with another woman or a man. Although this was never her intent, Daniels’ self-determination and honesty off the screen as well as in the industry, has made her a role model for feminism.

Contemporary pornography has been precocious in its use of ethical practices, and positions the world of adult entertainment as a “how-to” model for consensual behavior for the rest of us. And there’s a suggestion of such a trickledown effect. HBO has hired an Intimacy Coordinator who will serve as an advocate for the actors, and who will be on site for scenes involving any nudity or touching. The idea embedded in our cultural psyche, notwithstanding changes that allowed for the #metoo movement, that women’s bodily autonomy is negotiable, is being challenged.

Of course, no one’s going to thrust a sexual Bill of Rights on someone before spending time with them, but we can have one in our consciousness. And while it’s unlikely that Christine Blasey Ford watched a Stormy Daniels movie and got inspired, Stormy Daniels may have laid the groundwork for her to speak up in a culture that has been flippant toward sexploitation. A headline porn star whose feminism and ethics has furthered the cause for no means no, has inadvertently created an environment in which Blasey Ford and her sister survivors could come forward. Perhaps a positive outcome that is emerging from this is that we are getting better at recognizing and defining our own boundaries. Coming of age as part of the second wave of feminism, I was as anti-porn as anyone. I’ve learned otherwise.