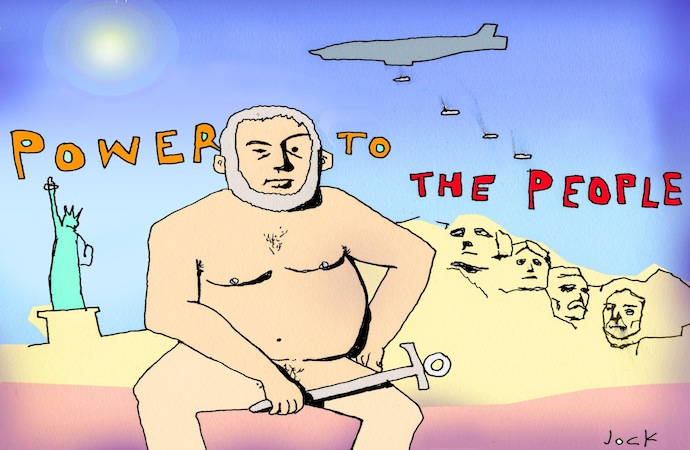 Notes on Conceptualisms and Affects: A Series of Axioms (in Andante)

When Vanessa Place says, in Lana Turner, that “poetry begins with critical theory,” I disbelieve her.

The inverse of a corporation is not necessarily feelings about that corporation, in the form of military affect aimed at putting fire to the corporation.

I do not live in California.

Ordinary affects are happy at times, and any assumption that sexual difference is at the heart of a reading of poetry is postmodern, yes.

That said, I adore this type of reading if it’s done well.

Conceptualism leaves little room for alternate visions of the world, such that might be made up of various geographies (or lack thereof).

Let’s not make the intentional fallacy. But let’s assume that the Conceptualists are intending something.

Let’s not make the affective fallacy, either. A poem is what happens, or is made, when seem becomes be. Whether this takes a Lacanian trick of the light, as the Conceptualists would like it, is up to one’s judgment.

There is a world outside language.

Not everything is easy to predict based on theories of economy and geography precludes this.

I too would believe that the emperor is naked, but then I remember: there are no emperors in democratic societies.

There is a LARGE world outside language. There is no L=A=N=G=U=A=G=E that can measure what happens on the outside, as where Wittgenstein would have us pause, as if knowing.

The world is large and full of noises. (Slowdive may have sung that.)

What happened once is not what will happen again.

After an ending of concepts, comes a new beginning.

A concept is a weight, sure. We can psychoanalyze this all day. But it’s time to begin afresh, after the table laden with goodies has been taken off the map.