Music: Swans: My Father Will Guide Me Up a Rope To The Sky 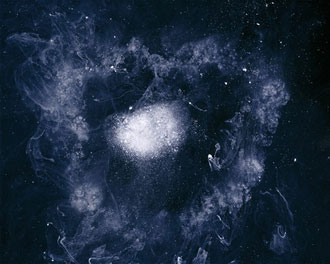 Swans said they’d never play old Swans again. So, then, what’s to say about My Father Will Guide Me Up a Rope To The Sky? besides it’s fucking great and that bonus wise, the initially announced limited Swans reunion shows have turned into a full on tour (buy tix now if at all possible). Whatever, I fell for the initial PR, or maybe I missed it that those weren’t limited, but am flying to NYC regardless, have no regrets, and big Samoans will be guarding my house with German Shepherds while I am gone, or something like that. They’ll have machetes with supercooties on them. Why am I saying this? maybe I distrust the internet right now, after our colleague’s going after Zuckerbutt’s butt… That Sweet, sweet thing. BUT! I did notice on this new Swans album particularly, and you could have (duh) noticed it before with Gira, that oft brilliant but slightly less than ubur-talented vocalists have opted for the lower range of the singing spectrum. And thus this album, as much as Swans are canonized already, owes debt to Nick Cave, Iggy Pop, Bowie (at times…he was brilliiant whatever the key), Joy Division, and Jim Morrison via Brecht. Just an observation, lacking point. Journo-crock-blah..diddley doo shit. Anyway, expecting heaven at the reunion or else I am kicking a Big Apple ass. -CM