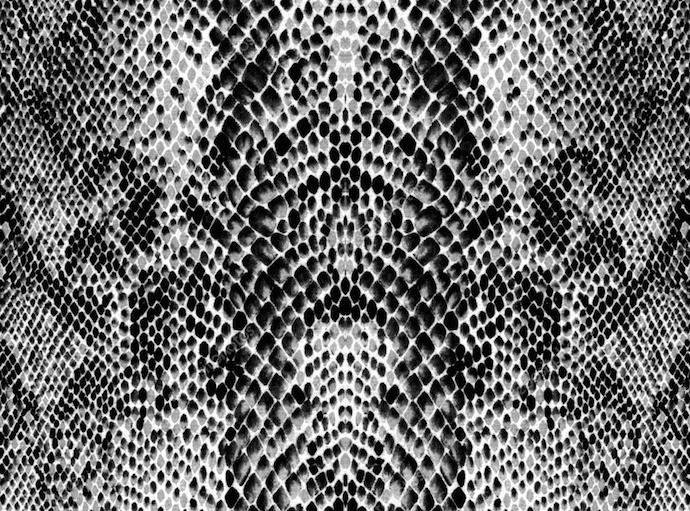 and yet there is another adventure still, though I hesitate to define it as such because surely you will see that if this arrangement is a story it’s only partially so; safer to refer to this as a distortion, a collection of curious details, the obsessive archiving of a mad woman, a still life under blackened sun and scattered across footpaths worn and familiar to me, to us, but untouched by you, or to him, or to him, or to her. This is the practicing of an alchemy, silent, a weaving of distortion, a series of untruths, spun gold from a pebble scraped off the heel of a shoe, a projected reality made from the fingers of buttered radishes, a rat’s nervous mouth, the twitch of a cat’s tail, rolled cigarettes, an open book fluttering closed, your hands on the table, your hands on your knees, his hand supporting his chin, his hand reaching for another thin slice of bread and bringing it to his mouth as she brings another to hers, and he to his, and you to yours —

and I do the same – me to mine and here I am, so conscious of the way my lips are chapped and the ease with which that skin flakes back, scaled, reptilian – and surely there is something in all of this; a series of actions in a shared room arranged as a dance, fingers that flip idly through pages as other hands feed mouths, as other hands hold open other books, as the crumbs on an otherwise empty plate join to form an image of our collective trespasses and we discuss the distant past, the fictional past, the past in translation and translated again from that, the feel of the present moment, the evening to come, and there is a moment when the air from the open windows quiets to a gentle whisper and, I think, if we had listened closely, we could have heard the deluge, we would have been carried away by water rising to our mouths, drowned as we searched the ceiling or, well, at least it would have told us to look, to look at what was in front of us and ask why it was there at all —

the bread, the radishes, the pebble resting in a crack in the hardwood, the rug upturned at a corner, paper bags filled and waiting by the door, coffee on the coffee table, glasses of gin perspiring on the coffee table, transforming their contents in mundane magic, dripping sprigs of mint, condensation, slick surfaces leaving rings of water like the stains on the yellowed pages of this book, like the opening of a mouth, like the edges of an open wound, a magnetic field containing everything we cannot see and which we push against and pass between us —

these are the things I do in spite of myself: I run my fingers once each along the cartilage of my ears, first the right hand, then the left. I feel the uneven ridge of that same cartilage, something not quite bone and experiment with pushing it under my nail beds to test its sharpness, to trigger a tiny shock when the nails themselves are cut down too short. I bite those nails and pull at the cuticles, delighting when I can tear them in one long strand like the peel of an orange, like fruit flesh. I scratch slowly along my own exposed skin, awaken it with fingers that spread and contract the way an octopus swims, out and in sometimes or scraped, long-ways, down arms, legs, the sides of my neck. I create patterns of movement, connections between fingers that count one two three four five and back again with each meeting of thumb to index, to middle, to ring, to pinkie. I push my teeth together between two nails, build a false brace, try to force the thick ridge of the thumb where it cannot fit —

all of these movements of the hands, these things I do, these ways I am constantly engaged with myself, connected to me connected to you as you do them too, and him, and him, and her; the way she bites her nails when we aren’t supposed to be looking, or the way he stands awkwardly, gripping his own bicep as a support, or the way he rubs the patch of skin behind his ear for reasons unknown, collecting a sheen of wax or simply feeling for the connection to his skull, or, weirder still, the stillness that he has, the way he does not move, the way he seems not to share any of these behaviors but does, at dinner, find a way – always- to rest his hand on someone else’s knee, to find company where his own person is distasteful, the way he intertwines fingers. Hands slipping from hands, fingers finding themselves near other fingers, hovering there, contaminating flesh, moving from the radishes to the cat to the books to the cigarettes to the mouths closing and parting, my chapped lips, my want for you to look away, the sound of cars on the street below the apartment, of passerby and the feel of beads of sweat on the back of my neck and water from the faucet in the kitchen and a coffee maker’s drip and shifting the contents of a backpack, the cat’s leisurely grooming, sandpaper tongue, discolored trees, sycamores smoothed into mottled camouflage, a collection of dead birds, photographs, feathered heads, curled in feet, the possibility of a hanged sparrow, a box of juice, carton of milk, books, crates of records, a slowly dying succulent, lime juice and Velvet Falernum, a hand that brings a piece of bread to a mouth, a hand that holds a spoon to stir sugar into coffee, a finger that underlines a passage, fingers that flip a card that reveals our fate, a six of swords, a nine of wands drawn like long, reaching digits extended towards the sky. We keep watch for the Devil —

tonight we have chicken sandwiches for dinner.

Jessica Berger is a Chicago-based writer and a founding editor of Grimoire Magazine. Her work has been featured (or is forthcoming) in Pank, Ninth Letter, trnsfr, Gamut, The Spectacle, Maudlin House, Moonsick, Shirley Magazine, Midwestern Gothic, and elsewhere. She may or may not belong to an elite and secret group of Andrzej Żuławski enthusiasts.