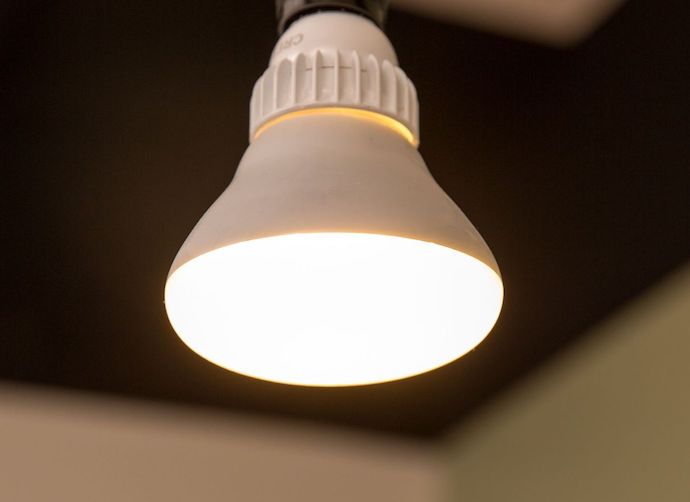 All the light switches in this apartment are broken, each in a different way. The one in the living room was always like that, on a dimmer switch that was installed upside down. Dimming the lights is something you do to enhance the mood; there are many moods, but the one dimmer switches aim for is a sexy mood; the only mood this one ends up invoking is ire. But it’s only a 40-watt bulb in there, so it’s a bit softer than ire – maybe gentle irritation, or just confusion.

The light in the bathroom is “European” in that the switch is outside of the room. The switch itself is actually a knob, a knob whose wheel broke off before I moved in. One could also argue this, too, is European. Oddly, the knob is also a button that must be pushed in to work, meaning that to turn the bathroom light on, you’ve got to exit the bathroom, feel around under the kitchen cabinet, find the jagged shard of plastic, and push it until it clicks, at which point you might have to twist the jagged shard until the brightness is to your liking. Even God had an easier time letting there be light. Less intrepid guests usually find themselves pissing in the dark. For that reason I consider the bathroom to be mood lighting as well.

Actually, every light in the apartment is on a dimmer of some kind. You’d think that in an entire apartment, at least a few of the switches would be the same, but no, it’s like a discount Bowery lamp showroom, only dark. To be fair, two switches are the same; the one in the bedroom is like the one in the bathroom (outside of the bathroom): they both operate by knob. Fortunately, the wheel on the bedroom knob in still intact. But just because the wheel is there doesn’t mean the light works. A few months ago, it started fritzing out; the only positions it works in now are the half-hour mark and one other point which changes from day to day. By contrast, the living room’s dimmer is toggled with a paddle switch, which is in theory easier to maneuver. But in addition to that living room switch having been installed upside down, it also has an on/off setting. This means you have four settings: on-up, on-down, off-up, and off-down. Only one of these choices will produce light. The odds for illumination in the living room (roughly 25% on the first try) are marginally better than the bedroom; the bedroom’s wheel only has two points of “on,” and its whole circle of “off” with a mind-boggling infinitude of dead points along its circumference.

The back room is easier: its ugly fluorescent light toggles by pull-chain. Not technically on a dimmer, it manages to produce a dizzying variation of brightness and pulsation nonetheless, consistently putting the dimmer-based lights to shame. Alas, the ghastly, jaundiced quality of its luminescence means it does not get used very often. Last year, in a fortunate turn of events, I was coming home and saw that the woman in the other apartment on my floor had put out some household items, presumably to throw away. Chief among them was a standing floor lamp, the kind that was big in the 90s. I seized it by the shaft and foisted it into my apartment like a nobleman, one wielding a magic sword that would finally banish away the dark. It now lives in the back room, replacing the sallow fluorescent light of the existing fixture.

As a piece of furniture, this lamp is a hot mess. At six feet tall, it lists to one side like it’s 4am and has lost a shoe; its finicky clit of a knob requires a precision click for the first setting, and two quick flicks to turn on the bright light. That is, as long as its floor switch is in the right position. For the love of God, I don’t know why this lamp has yet another switch, but it does. It’s a long, secondary cord that runs parallel to the wall electrical cord, ending in a small box with a single button on top. Not a switch, actually, but a button. The button no longer clicks in and out, and so must be constantly pressed. No simple Just Put Some Duct Tape on That Shit has managed to work, so I MacGuyvered a whole contraption that keeps the home fires burning. As long as I’m mindful of it, we’re golden.

I may have figured out how to turn it on, but I’m starting to suspect this is only the beginning. It’s not every time, but sometimes its light dims of its own accord. And just yesterday it woke me at 3am, shining brightly, presumably of its own volition. I got up to switch it off. I wasn’t angry; I wasn’t even irritated. I was just a little confused.

Melissa Mesku is the founding editor of New Worker Magazine, ➰➰➰ and The Void Lit Mag, and a contributing editor at Platypus Press. Twitter: @melissamesku