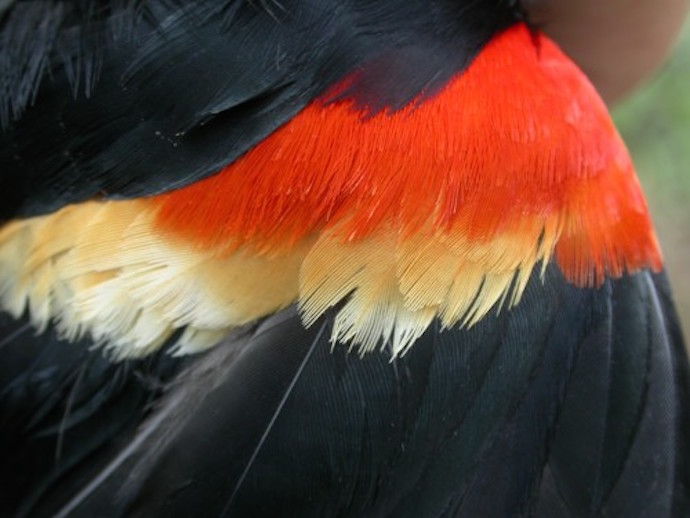 In a topiary of technological things,
one or more of song. Beach time. Butterfly.
Clock. Bear. The people are stunned
into total submission in the palm of your hand
with the sun. Eyes connected, open, balloon too far
and a feeling lonely chord progression after a pastoral
chord progression. An elephant the people can’t see
awash in his leathery smugness; their necks
are craning down to look at their screens.
Inside their hungry minds is a warlock type
pulling strings in turtleneck and pendant.
Inside of him a giant mole turns about in blind
agony. Then the song drops a few keys
and the red wings of a bird take over a small world,
slathered in sunflower oil. I split open from today and it
is easy for you. I’m cursed by this desire
to rhapsodize: the waxy greenery is suffocating
and makes the wind shudder the bamboo stalks
down here in the subway. Kon, kon, kin, they sing.
Ah, me…and you should not speak ill of the abject
little porcelain fawn…because all this critique…where
has it got you? These days all the gentle monkeys feel
so conceptual. They make happen what’s not happened
before in a tiny vacuum space. Bill Clinton, Hillary Clinton,
Chelsea Clinton. Iridescent beetle a sparrow pecks at.
Now that’s my idea of phenomenology.
Old sewer puddle –
a mutant frog
jumps in.

Nada Gordon consists of a head, neck, torso, two arms and two legs. Since reaching adulthood, her body has consisted of close to 100 trillion cells, the basic unit of life. These cells are organised biologically to form her whole body. She is the author of Folly, V. Imp, Are Not Our Lowing Heifers Sleeker than Night-Swollen Mushrooms?, foriegnn bodie, Scented Rushes, and Vile Lilt. Her poems have been translated into Japanese, Hebrew, and Burmese.