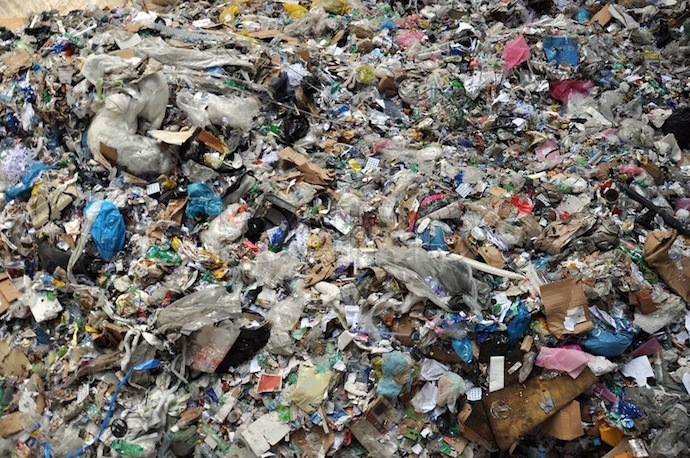 Twice a year every rule about what you could toss out was tossed out and all the homes in York County threw away what, in the past six months, had become junk to them. Mountains at the end of every driveway. What we had between us was four urgent boredoms, one license, and a Buick Century station wagon.

Trash night meant ten discarded traffic cones we’d arranged to snake down the hill of Rut road, and trash night was trying to mow them all over in a single pass, and trash night was the elusive nature of success. One would always jam up in the wheel well and veer us. We wanted to hit all the things you couldn’t, on normal nights, even touch. Like this set of six windows, rotted in their frames, stacked against the trash tote at 42 Briar Lane. Dan hopped out first and put his boot through one. Harvey said, “Chill, man!” Barkley slept in the way-backseat. In the street, I propped up another window with rocks and took the Buick into it.

It was my father’s car but all the stickers on it belonged to me.

“Next stash,” Harvey said. “Lemme look through it before we smash anything? Okay?”

Dan was trigger-happy and punched my rearview mirror as Harvey said this.

“Santa Claus over here,” Dan said, drumming hard on my dash, trying to hit the rumored sweet spot that would activate the airbag. Dan was short, his sense of humor low-rent but pure. His Brooklyn accent made no sense here beside the Mason-Dixon line. This thing he wanted so bad never happened, but I’ll never forget it, and if I ever run into him, say, at an truck stop bar, I’ll cock back and pop him in the mouth, because his dream was to out of the blue have his shoulder tapped and turn his head right into a big swing of fist. He wanted to be punched square and sudden, with no clue it was coming. Often he’d announce this, and we’d laugh, saying, “Okay man,” but he’d make us swear to hold off until he’d forgotten ever asking to be hurt.

No tunes on trash night. My friends and me, we listened to the wind, the different notes hit when certain windows were a certain level of open. Barkly, the runt of our bunch, would freeze in that backward-facing bench seat, doing his solemn duty, which was to peer out the rear window for a last look at trash we might have missed.

I remember it was 3 a.m., because that was my father’s wake-up time. Barkly said in his thin lisp: stop, stop, go back—and twenty miles away in the laundry closet adjacent to my basement bedroom, my dad was dressing in yesterday’s greasy jeans for work. Some nights, nights that weren’t Trash night, I’d wake up and glimpse his pale, pocked ass in the moonlight and know with total confidence that adulthood was a fucked-up curse.

Barkley’s pleas got louder, and I listened. The Buick’s brake stopped us. It wouldn’t always. I reversed down the farm road, doing twenty-five around the bend like a stuntman, Dan cheering, Barkly screaming “Trash night!” meaning: stop here.

It was a farmhouse with a long stone driveway. Among their junk a whole cabinet stood up in the dark. The moon viewed us opening drawers, and the moon didn’t care about Harvey’s dream of a garbage gift for his sister’s Christmas, but the moon still laughed. At us, not with.

We inspected the stash because even though the sky was brightening, it was trash night. Plus the sun was still buried somewhere behind Blue Mountain, so Barkly bent down to pick up what he’d seen from the back seat—a squat, silver vase, shut tight with a black lid—and Dan ripped it out of his hands, cocking back to whip it at the family’s mailbox.

The top came off with a pop and we all tried to look down in, but our only light, the moon, was blocked by our heads, which all knocked together. We squinted. The rods in the back of our eyes threw everything they had at it. We were speechless, because each of us, for a moment, knew the exact same thing.

“Urn,” Harvey said. Urn, Barkly too. And for a whole minute the four of us just put our hands on the thing and incanted the word—Urn, Urn. We sounded like animals in mourning. Naturally, Dan turned it into a game of Penis where you take turns saying a word louder and louder until someone gets chicken and refuses to yell again. Dan always won Penis. When he arched his back and howled it—Urn!—a light on the porch of the house came on. We froze.

Running is the mood I remember most from my teen years. Running, in the dark. Running in the dark is an ethos. Trash night, pathos. I don’t remember, ever, any logic with us.

Barkly buckled the urn into the seat beside him.

“Who would give away a body?”

I didn’t know who was talking anymore—my ears rang and I tried to turn the high beams on some higher setting. Blue, sudsy windshield juice kept streaking up across our view.

“But it’s not trash night anymore,” someone said, as we all stared through the window, the gold skull of the sun unburying itself from the mountain.

Tyler Barton is a cofounder of Fear No Lit, the organization responsible for the 2017 Submerging Writer Fellowship. His work is forthcoming in Gigantic Sequinsand has appeared in Passages North, Waxwing, No Tokens, Little Fiction, Midwestern Gothic, and elswehere. He is the creator and host of the flash fiction podcast, Show Your Work. Find him at tsbarton.com or @goftyler.