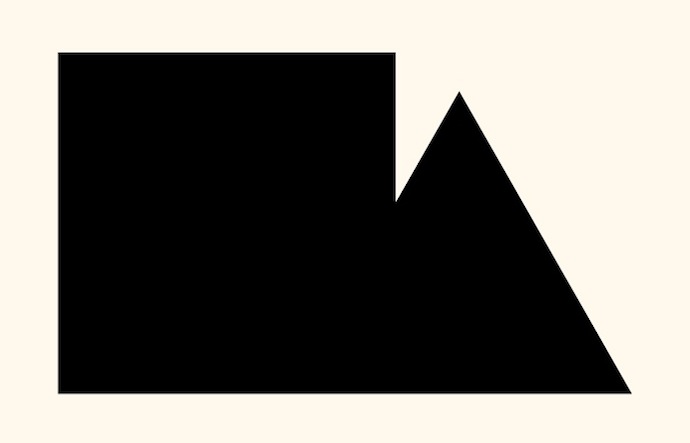 At the beginning of this year, Spencer Madsen & co. created Sorry House, a publishing house that has recently published & held a book launch for Mira Gonzalez’s i will never be beautiful enough to make us beautiful together & Victor Vazquez’s Joke Book at Housing Works Bookstore in NYC. (Victor Vazquez aka “Kool AD” from now-broken-up alternative hiphop group Das Racist, I should say.) Find a video of the reading here.

Each of these books seems to value uninhibited bluntness––Mira’s with her vulnerability & Victor’s with his nonchalantly keen insights.

In 2011, Spencer published his own book of poems, A Million Bears, which, like i will never be beautiful… & Joke Book, consists of often humorous, often poignant & somber language that speaks without pretense. His “my cat is sad” poem began going ‘viral’ earlier this year.

SPENCER MADSEN: I can’t really think of the past in clean-cut ways like that. I don’t recall things so linearly. 2012… 2012… I can’t remember anything that happened specifically in 2012. I can think of something and then figure out that it happened in 2012, but there’s two steps there. The date isn’t built into the memory. 2012… I think the way that I benchmark the past is through relationships and apartments. 2013 is new enough though that I can think of it in a kind of linear context. It’s been good so far. Yeah. It hasn’t been bad.

FZN: Tell everyone who may not know about Sorry House.

SM: Sorry House is this thing that doesn’t feel independent of me yet, because I’m handling all of its day-to-day maintenance, so it doesn’t feel honest to talk about it on its own terms (like to say ‘Sorry House is a press that publishes books’). It’s really just me in my room printing postage and taping it onto envelopes and stuffing the envelopes with books and apologizing to people who haven’t gotten there book yet. I’m finally on top of orders though. I’ve been neck-deep since the start, because pre-orders did really well so by the time I got the books in my hand I was already backed up. But yeah. It’s easier now. It’s a lot quieter than it was in December and January, when everything was so uncertain. But I’m really happy with how the books came out and how the book release reading went, and the reception so far.

I had a really cool interaction today. I sold some paintings based on the cover of Mira’s book on the site, and shipping them is so expensive, so one of the buyers who lived in New York allowed me to meet up with her and deliver it in person. She hadn’t known a thing about Sorry House or Mira’s book or any of it, but saw a copy in the window of McNally Jackson Bookstore and went into buy it. She then looked up the press and saw the painting and ordered one for herself. It was so cool to see someone engage with it outside of the context of the web.

FZN: Tell us about your experience publishing a good friend (Mira Gonzalez)?

SM: Publishing a good friend was really pleasant for the most part (Mira might beg to differ??). Mira and I have a really strong trust, I think, in our friendship. It allows us to be brutally honest with each other without ever worrying about hurting our dynamic. As a result passing edits by her was really seamless, given that she had final say and neither of us were afraid to respond directly to what’s at hand. We didn’t have to dance around feelings.

It also, I think, made us both mutually invested in the success of the book. I wanted it to be the best it was because I wanted the best for Mira. She wanted the book to do well because she wanted to see my investment in this operation come to fruition. We were both really compassionate about the whole thing. She was really sweet about just wanting to ensure I broke even on all of it.

FZN: What sells books versus what doesn’t sell books for Sorry House?

SM: In my experience, self publishing and now publishing the work of others, Twitter sells the most books. Readings only sell books if the reading is FOR the author––otherwise they do next to nothing (95% of the people who go to readings are already aware of the work of whoever’s reading, that’s why they came). Tumblr sells books, but it’s hard to reach out to an audience on Tumblr. I sold a lot of Mira’s books by capitalizing on the cat poem of mine that went kinda viral (I offered a pdf of the book it came from with orders of i will never be beautiful enough to make us beautiful together). Reviews don’t sell books (seems to be the exact same as readings, the people who read them tend to be people who are already aware of the author). The reason why Twitter sells books is because content = promotion. The way to sell books through Twitter isn’t to tell people to buy your book. It’s to say something funny or interesting or profound or whatever. If people like the content you put out they’ll look for themselves for more. They aren’t going to drop twelve bucks because you asked them to. They’re going to do it because they want to, and if they want to its because they like your tweets or poems or [other free content].

FZN: Can you tell us about your hatred for the Post Office?

SM: I can’t wait for the post office to go down. Nothing deserves bankruptcy more. You’re dealing with the lowest on the totem pole when you go to mail something. The clerks are powerless and there’s no recourse as a result. You can’t ask to speak to their manager, they’ll just tell you to go online. You go online and their site isn’t navigable. It’s insane. I have mailed the same book in the same size envelope and gotten three different prices in the same day from three different clerks. I’ve had clerks tell me it’s not their job to measure envelopes when I insisted they were giving me the wrong rate. I’ve given up on all of it and I use shipstation.com now. (Don’t fucking bother with stamps.com even if their promotional offers seem good). Shipstation automatically imports orders from Paypal, updates the orders with the specifications for their respective products, and I just click and print the labels, and tape the labels onto the envelopes. It’s fucking sweet. The service costs $30 a month, but it ensures that I get the cheapest (meaning correct) rate for the books every time, which saves a lot of money and frustration and thoughts of suicide.

FZN: Why does stamps.com suck?

SM: Their interface is antiquated. It’s got a thousand drop down options all over the place and boxes to check. It reminds me of that freecreditreport.com scam-fuck service. It had all types of anti-user interface problems. There’s the form you fill out with name, address, etc, to print postage. so you fill it out, print the stamp, and then enter into the form the address for the next stamp, and hit print. It prints the previous stamp a second time. Turns out there’s a tiny box you have to click that says ‘clear info’ that’s hidden among a thousand other fucking boxes and buttons and menus. You try to void the stamp and find that you have to print a form, fill it out, include the useless stamp, and mail it on your dime to the company headquarters, and then wait 4-6 weeks or some shit. While the problem would’ve never happened in the first place at a regular post office, where there isn’t a monthly subscription. It was just horrible. When I tried to cancel the account the salesperson kept trying to sell me on an even more expensive subscription (clearly what I want when I call to fucking cancel it) and then tried to bill me an extra month after cancellation for some kind of fucked reason the customer service person couldn’t even explain. God. What a fucking nightmare that service was.

FZN: How did you get connected with Kool AD / Victor Vazquez to end up publishing his zine Joke Book?

SM: I think it was Willis’s idea to reach out to him for a blurb. He had interviewed Tao a couple years back, which is why I think he came to mind. He was super nice and got back to us I think the same day. He tweeted at Mira saying something like ‘your publisher sent me your book, i told them i fucks with these poems.’ He was really supportive of the whole thing. One night we were all hanging out at Willis’s (Me, Mira, Stephen Tully Dierks, Melissa Broder) and Victor said he was bored on Twitter, so we invited him over. He was super nice in person and I think we all felt good about working with each other.
We asked him if he’d read at the book release event at Housing Works and he said he would print up some zines and come. I offered to handle the printing and all that if he’d send me the pdf and a cover. I printed a few copies to donate to housing works on just regular card stock. The event went smoothly and we all went to this bar that Gian set us up with (the sweetest guy there is, I remember shaking his hand when we said bye, then I sat back down, then I got back up to give him a hug). Anyway, at some point in the bar I think I told Victor I’d like to publish something a lot longer, a full book length thing, and he was really into it. We agreed to just print 50 copies of Joke Book so he could use that content to build off of for the longer thing.

FZN: Can you say anything about this Facebook post of yours: ‘a generation of poets who don’t care about poetry’?

SM: Yeah I mean it seems like the quickly preceding generations of writers online (the most current being referred to as alt lit) gets younger and younger and farther and farther from the MFA/professorial world. Htmlgiant seems representative of an MFA-based community, to me, people who get excited about AWP conferences, etc. The poets writing all over Facebook and Tumblr right now in this alt lit thing, seem a lot less rooted in academia. I think that’s what I was trying to get at. It’s impossible to make generalizations about this community because it’s so loosely tied together, if tied at all, and it really just frays out and includes all kinds of people and writers and readers and artists and friends and relationships. But yeah, it does seem to me that people don’t care about poetry in the way that some people really care about poetry. Care really being emphasized and Poetry uttered with a kind of reverence, the P capitalized.

SM: I feel like Sam Pink might be the most inclined to punch zombies in the face and kick ass, but I’m not sure that he’d offer the kind of emotional support I’d need in a post-apocalyptic setting. Scott sometimes has a tenderly murderous look in his eyes that I think combines the two qualities I’d look for. Tao would be utterly useless, I think, which makes me want to pick him the most.