In Search of Duende: A Memoir of the Bosnian War 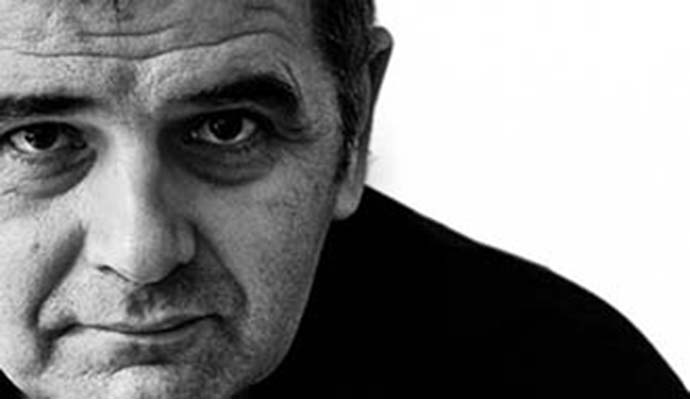 Duende is the spirit behind art that engages with death, what Spanish poet Federico Garcìa Lorca called the “unhealable wound.” For art to be authentic, the artist must struggle with this endlessly repeating force. Lana Spendl lucidly reveals the duende of Ozren Kebo’s memoir of the Bosnian War, Sarajevo for Beginners, alongside reflections on her own Bosnian childhood. – August Evans

The Bosnian War started on April 6, 1992. I was seven. When unrest sounded in our neighborhood, my parents ushered my brother and me into our bathroom for safety. The bathroom was the only windowless room in our Sarajevo apartment. I sat on a winter blanket on the tile floor and listened to the sounds of shots being fired in the streets. They reminded me of the celebratory shots fired during New Year celebrations. I don’t remember feeling scared.

On April 16, my father took my mother, my brother, and me to the bus station. We were to board a bus for Slovenia and remain there with his family until the unrest in Bosnia subsided. My father was to stay behind. We did not know then that he would be caught in a siege that would hold the city captive for over three years. After he saw us off that day, my father returned home and later that evening heard by radio that the last standing bridge over the River Sava had been blown to bits. This was the river we were supposed to cross on our way to Slovenia. He worried for hours until he received news that we had made it over safely. Tears come to my eyes as I write this, even though I have told the story many times without emotion.

As an adult now, I seek the spaces and the people of Bosnia in my own writing and research. I watch films. I read testimonies and memoirs. And over and over again I feel comforted by the voices of the Bosnian people, by the notes of warmth and dark humor their stories hit, by their familiar turns of phrase. They incite in me the same delight I felt when a Bosnian uncle during my childhood played magic tricks with my socks as I laughed and laughed on the couch. But these voices paradoxically also leave me feeling sad and confined.

Recently, upon reading the war memoir of Bosnian writer Ozren Kebo, this distinct mixture of emotions emerged. The memoir’s title can be translated as Sarajevo for Beginners. Kebo had remained in Sarajevo during the war, and the memoir is a compendium of short chapters that describe the day-to-day life of people under siege. The tone of irony the narrator uses is intimately familiar to me. It is the dark Bosnian irony that makes a comedy of hardship and death. At one point in the book, as the narrator runs down the street in order to avoid being shot by the snipers that routinely take out passersby, he imagines how comical he must look, in his desperate fear of death, to the man behind the rifle. The narrator’s tone often veers toward instruction, as well, toward picking out the lessons that ought to be learned from the happenings he describes, another familiar and endearing characteristic of Bosnian storytelling.

But there are moments when something raw pierces the narrator’s tone. These are the moments when Kebo writes with what the Spanish poet Federico Garcia Lorca spoke of as duende. Duende is the spirit that propels art to break its form and let through the authenticity that comes from the awareness of death. Duende wounds, and art is the artist’s attempt to heal this unhealable wound. Meaningful art comes from one’s struggle with one’s duende.

Kebo’s wound is unhealable. In the prologue to the memoir, he says that he does not want to remember what has happened but that he is unable to forget. What follows the prologue is his harnessing of pain into words, his attempt to make meaning of the wound. He describes his loneliness as he watches friends leave the city one by one at the start of the war. He sits by lamplight one night and writes down the names of all those who have left. He describes the shelling, destruction, and death that ensue. He finds the carnage shocking at first but ultimately accepts it as his routine reality.

The moments when duende is most painfully felt are often the moments when the narrator picks a particular citizen of Sarajevo and imagines his or her reality during a trauma. Here tones of irony and instruction disappear and pure feeling emerges. The most striking of these moments for me is when the narrator, on an unnamed date, describes the first shell of the day exploding. The first shell of the day, he explains to the reader, is the most difficult one because one never expects it. Right after that first shell, he says, terrified mothers fly to the window and call out the names of the children who are playing in the yard. The narrator then plunges into an imagined reality. He imagines the names of the children being called. He imagines the children, one by one, running to their doorsteps. Most are healthy and well. One has a bleeding arm, but it is nothing serious. All the children appear except one. A little girl he calls ǅenana. He says that the sound of ǅenana’s mother calling her daughter’s name says everything. Those who dare listen to her voice hear the terrible reality sinking in. After the fifth call, ǅenana’s mother stops calling and starts shrieking.

The pain here, the pain that is imagined and dramatized by the narrator but that was real for so many, is unimaginable. I had to put the book down for some time, because even reading about it was difficult.
Toward the end of the book, the narrator expresses resentment toward human memory, calls it a bitch, says that memory will make that which was unbearable appear bearable in retrospect. It will reduce the entire war to a few explosions, a bit of hunger, a few lines in wait for water, and a few massacres. That is all.

Kebo’s memoir, one could say, will prevent some of the compression memory causes. It is a written record of everyday occurrences. But words on the page are not the lived experience. And the lived experience is what he seems afraid of losing. Even though in the prologue he says that he wants to forget, he also cannot help but hold on.

Despite the inability of words to capture what has happened, Kebo’s memoir is certainly a record of his struggle with the awareness of death that duende brings. And a writer’s moment of struggle with duende is not something that can be boxed in and kept, however much one longs to keep it. The struggle is always new, always fresh. Duende never repeats itself, Lorca says, just like the waves of the sea never repeat themselves in a storm. A writer’s courage lies perhaps in the ongoing newness of the struggle, in the ongoing energy one gives the fight, in the movement toward authenticity that never stops.