IN SEARCH OF DUENDE: A CATALOG OF CONFOUNDING DESIRE 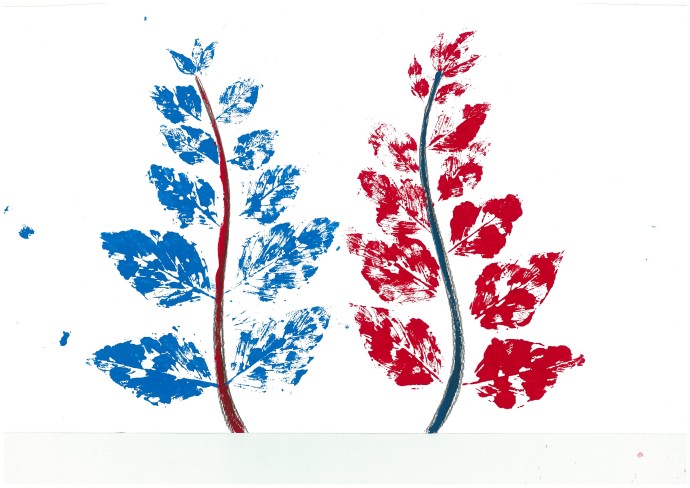 We were stopped at Addison where the red line runs aboveground, standing on either side of the open doors. In typical Chicago fashion, the train was stopped with no real explanation, the January frigidity pouring in. I spent our shared silence thinking about pressing myself against him. Even then, not yet remade by longing, I was attached.

The intermittent incandescence of being thrown for a loop keeps me hovering near him like a small moth. He is a challenge and a surprise. He is the kind of symphony that you think is going to resolve on the final chord and then veers off into some discordant, dark sound that leaves you aching and ecstatic.

“You have something stuck to you.”

I twisted my arm to look and there were seeds—small, brown, maybe a dozen, burrowed into the nubbly black fabric.

“Were you hanging out in the woods?” he asked, and I asked him what woods he might be thinking of in downtown Chicago.

“But you know I don’t pay much attention when I walk. I’m always taking pictures, maybe I walked into something.”

“You,” and he paused, searched for his words. Equal to the joy of speaking to him is the joy of waiting in the space of his silence. I like that he takes his time. “You are like a small child sometimes.”

I believe I told him to go to hell, but I was laughing. I stopped when he took one step towards me through the winter air and he reached out and pulled off a seed.

He pulled off another, and then another. My hand was in my pocket, and his long fingers were on my coat, and he was standing close over me. I found a freckle on his throat, and realized he had forgotten his scarf at the office.

He flicked each seed out the door, one by one, and even though they were brown and dead I imagined tender trees and gentle leaves blooming through the concrete below the El.

My heart stopped and must have stopped too long, because that was the moment the devil got in—or whatever it was. A haunting spirit. A small god animating the body of this man. He pulled off all the seeds, and recast me in a new image. Woman desiring.  A new, dark melody filtered in. Nothing has been the same since.

When he writes his name in Japanese, the first character means god. The root of duende is duen de casa, or god of the house. This is not necessarily the big God, but more like a daemon, a local spirit. I could try exorcism, I suppose, to get rid of this maddening impulse to lay myself at the feet of his altar.

I was trained to collect details, find parallels, look for signs, follow where they point. I used to use these skills to examine sculpture—my favorites were Rodin and Noguchi for their disparate interpretations of sensuality—and paintings. I always loved the dialogue of pieces, the clear lineage from one artist to another, especially across media. The way a call from Mondrian was picked up and sung again in a slightly different key by Yves Saint-Laurent.

I am still a collector of signs and details. My mental library is very full, and everything belongs to the same collection of my confounding desire.

The sound of his shoes as he walks down the hallway. I turn my head and my friend asks, don’t tell me you recognize him by sound now.

The way he drums his hands in the air when he listens to music. He has long hands. They move like birds, and I know now why Stieglitz took so many photographs of Georgia O’Keefe’s.

The fact that he rides car number four of the red line in the morning, and car number six in the evening.

Biographical information, hopes and aspirations, brand of cigarettes (before we all quit), eating habits, favorite movie, reading habits (barely existent, but will read anything).

I was trained to collect details to explain the unexplainable beauty in art, to explain duende in measured, academic tones. To know these things about a person from your own life is basically to be a stalker. To know these things about a painter or a director, to scrutinize a film in such detail, is to be an expert, a connoisseur, one who can appreciate beauty sensitively. What I want to know is—what is the difference?

The difference is that when you search for duende in art and analyze and cite sources and compile references, you know nothing. You can write a thesis and learn nothing. Leonard Cohen said it best—it’s not somebody who’s seen the light, it’s a cold and it’s a broken hallelujah. What is it? Duende. Until you feel it you don’t know it, and even then that small god of the house is the one holding all the strings—not you and your theories and rationalizations.

Remake me in your image, small god of my house, though the making be painful. When the work is finished, it will be sheer ecstasy. Lay your hands on me, touch me with symbiotic reverence, touch me with indifference, just please, lay your hands on me like you did on the train and make me something new. I’ll sing whatever hymn you ask me to, so long as you are the one listening.

At times I am angry for my lack of control, though I would give it willingly, should he ask. This, too, is duende—it leaves us begging to be controlled, subsumed, possessed, remade. Normally I’m not like this, you say, but for you, small god of my house… anything.

Watching him is every bit as interesting as a film, and every bit as intoxicating. Re: the latter—that mild euphoria of leaving the theater after one that shakes you to your bones was present the night we left the office together and I forgot my raincoat, umbrella, and house keys. I realized when we got to the station, and still I said nothing, and descended underground with him. Re: the former—we once saw a film together and I watched him watching the film as closely as I watched the film and I melted in the dark for him.

On the screen, the main character put her hand to her chest as she sang, her heart giving out and killing her. Beside me, he slipped his hand into his jacket and held it there, and I wished so badly to slip mine in, too. Just his long legs stretching from the treacherously soft seats was enough to hold my attention for a full ten minutes. I don’t think I breathed for the entire hour and 38 minutes.

In that movie we saw together, with the dying singer, there were marionettes. They were pure and intense, but it was impossible to ignore the white hands of the puppeteer behind them. I don’t like to feel that way, but one look from him pulls me in all directions, pulls me under some spell, pulls me asunder. And I can’t deny—the show the puppets made was stunning. And I can’t deny—never have I made so much art than I have in pursuit of the mystery of him. In the theater, I wanted to lean over and whisper, do you remember the seeds? Is this what you meant to say?

And can I tell you why it’s him, and not any other? When the list of reasons why my desire is as irrational and unfounded as a New Age fringe cult? I can’t tell you. I can’t tell you why sitting in the New York Philharmonic’s rehearsal of Prokofiev’s Romeo and Juliet was a life-altering encounter with profundity and listening to Tchaikovsky’s Romeo and Juliet leaves me indifferent. Can you? Have you ever tried?

Isn’t it true that you describe your ideal type and often end up with someone totally opposite? You say you want someone who will stand by your side in awe at the transcendence of the quotidian, walking to work together and seeing the old lady next door who waters her mass of hydrangeas every morning, and you end up with someone whose greatest joy, at the moment, is trading electronic currency. You want someone with whom to marvel at the changeability of your city from day to day, and you end up with someone who suggests sitting at home and watching the changeability of the dust circulating around the room. And when you try to explain it, all you can come up with is… there’s just something about him.