Impossible to Ignore: on #BlackPoetsSpeakOut 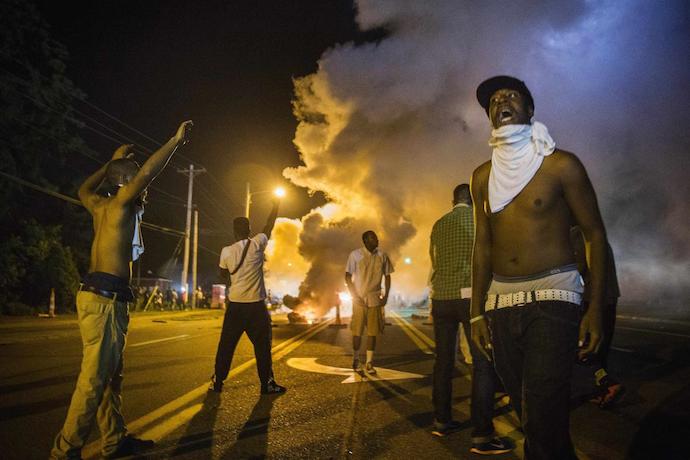 It’s been one of those weeks, months, lifetimes. A lifetime where I find myself avoiding the news. Where I brace myself for verdicts, knowing somehow the outcome will not be justice. One where, it seems, the government routinely gives permission for police to use their power and authority to execute Black people. A lifetime where I do not feel safe, I do not feel protected, I do not feel valued. And shaking hopelessness, validating my worth, is an active, continual practice. And all I can do is write, and I want that to matter.

I have always turned to words, almost impulsively. After Trayvon Martin’s murderer walked free last year, I quickly picked up Cornelius Eady’s Brutal Imagination and reread it cover to cover. This summer, when Mike Brown’s death was piled on my grieving for Eric Garner’s, I wrote and wrote. I read and reread poems by friends who were doing the same. And we all said: This is all we can do. We don’t know if it helps, but it’s what we can do.

And so, after Mike Brown’s killer was not indicted, and Amanda Johnston asked the Cave Canem Facebook page (where we had already been checking on one another, offering poems and virtual hugs, asking for any kind of guidance), “What are we gonna do?,” #BlackPoetsSpeakOut was born. Collaboratively conceived by Jonterri Gadson, Jericho Brown, Johnston, Mahoghany Browne, and others who offered ideas to the thread, the instructions were simple: record yourself reading a poem responding to police violence, original or found, with the introduction, “I am a Black poet who will not remain silent while this nation murders Black people. I have a right to be angry.” Tag the poem #BlackPoetsSpeakOut and share widely.

Soon there were over 150 videos of Black poets across the country reading poems by June Jordan, Audre Lorde, Gwendolyn Brooks, as well as their own, penned in the wake of recent murders and non-indictments. Poets not affiliated with Cave Canem added their videos, non-Black poets shared. We started to heal a bit, to let the words fuel our anger, to understand our power. We started to plan readings and gatherings.

What’s so special about the movement, I think, is the medium. Black poets have been responding to police brutality for years, and as we’ve seen an inescapable resurgence of attention to these cases, on the heels of the murders of Oscar Grant, Trayvon Martin, and Mike Brown, contemporary poets have been responding with new work as well as returning to the work of our elders, still all too relevant. But it is one thing to read those poems on a Facebook wall. It is one thing to find them tucked away at online journals, or in African-American poetry anthologies in the African-American section of the bookstore. Since August, online magazines have offered their spaces for relevant poems (see Apogee Journal’s Stand With Ferguson series), but video offers even more life, more dimension. How better to access and understand the urgency behind the #BlackLivesMatter call than to hear such striking, poignant, heartbreaking poems read by a Black body? We are becoming impossible to ignore. How, looking into the screen at the eyes of hundreds of Black Americans, could our value, the importance of our words be denied?

Below, watch and share a selection of videos from the movement. For the complete and working archive, as well as information about #BlackPoetsSpeakOut marathon readings happening across the country, visit blackpoetsspeakout.tumblr.com. We will not stop until we see justice.

t’ai freedom ford reads an original poem, “from here I saw what happened and I cried,” after Carrie Mae Weems