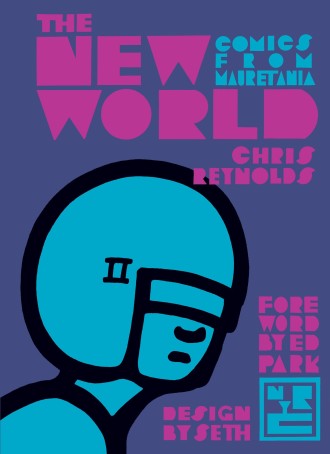 The most exciting comics discovery of the past few years, The New World offers selections from the interrelated stories that Welsh artist Chris Reynolds has been creating a since the 1980s. Beautifully designed and edited by acclaimed cartoonist Seth, the volume serves as an introduction to this remarkable work which has never previously received serious attention or distribution. It includes a novella, full-length graphic novel, and various short stories, all carefully sequenced to conjure a world whose strangeness only becomes apparent in subtle increments and sidelong glances.

Throughout, Reynolds maintains a pervasive sense of ambiguity and open-ended possibility. From the single page reveries to the full-length graphic novel, he manages that most difficult maneuver: creating stories which feel fully satisfying without betraying their mystery. Reading The New World is like an encounter with a fresh continent. Hopefully further volumes will be forthcoming, mapping this exciting and enigmatic terrain. 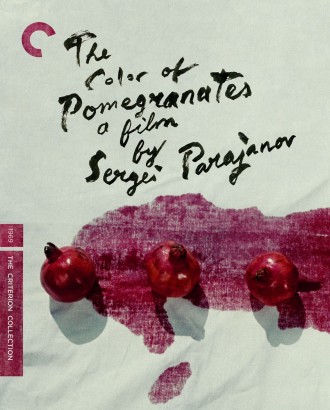 THE COLOR OF POMEGRANATES
A film by Sergei Parajanov
Criterion Collection

For years, Sergei Parajanov’s The Color of Pomegranates has been the equivalent of a secret handshake among cinephiles. Made in Armenia in 1969 on a tiny budget in a rough and remote location, the film existed only in tattered and faded prints smuggled out of the Soviet Union. Even in this compromised version, critics declared it one of the marvels of world cinema. No less than Jean-Luc Godard said: “I think you have to live at least 15 miles away and feel the need to walk there on foot to see The Color of Pomegranates. If you give it that faith, the film can give you everything you could wish.” 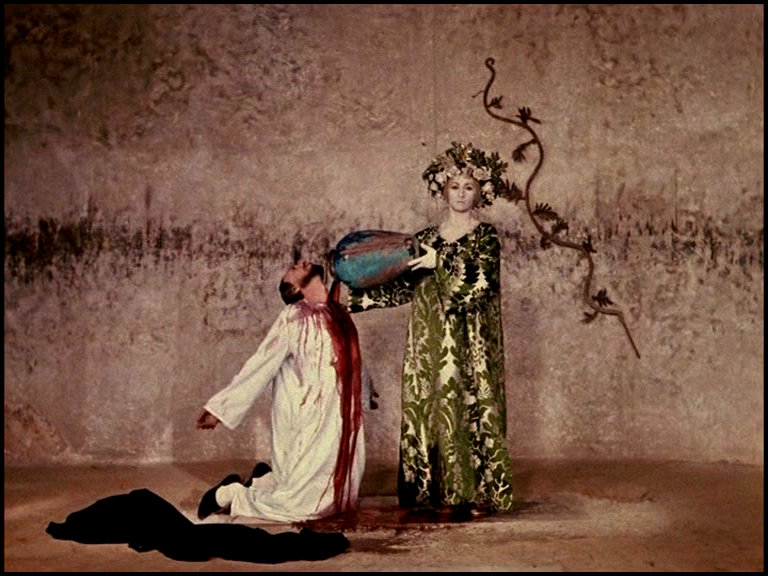 The Color of Pomegranates recounts the life of 18th Century troubadour Sayat-Nova, infusing his poetry and songs into the very grammar of the film. Although Criterion’s Blu-ray is packed with extras that help to contextualize its subject, you don’t need to be familiar with Armenian folklore to appreciate the film. The sequences of breath-stealing images create their own surreal logic, evoking the pages of a medieval illuminated manuscript sprung to life. The film was banned by Soviet authorities and led to the arrest of its director for flouting the confines of social realism – and for being bisexual. It still proudly refuses to fit into any conventional notion of cinema, now looking more flamboyant and singular than ever. 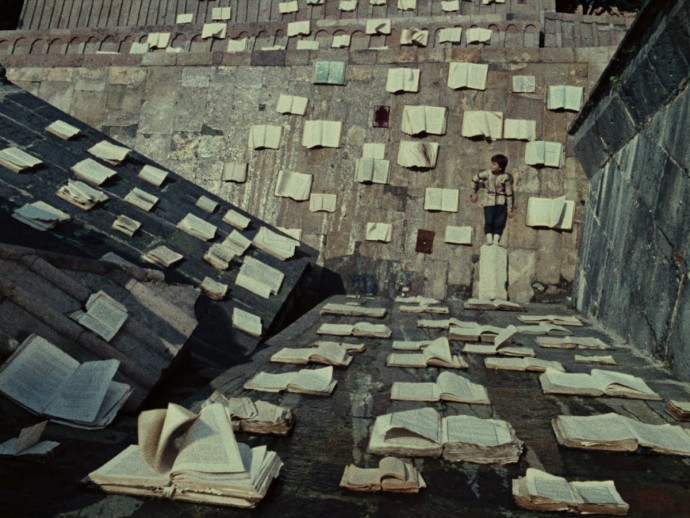 An ideal introduction to a great photographer, Mali Twist surveys the unusual career of Malick Sidibe. It offers a generous selection of many of his most famous images—the staged portraits and candid party scenes—as well as lesser known shots taken at a swimming hole and reams of his contact sheets.

For decades, Sidibe operated a studio in Bamako where he took passport photos and portraits of people posed in front of patterned backdrops, often with props of their own choosing. His ability to put his subjects at ease and accentuate their unique qualities created some of the most forthright and captivating portraits in the medium, erasing the divide between commerce and fine art. He had an equally fine eye for fleeting moment at parties, where he caught astonishing images of young revelers in action, such as the iconic “Nuit de Noel.”

The beautifully reproduced images in Mali Twist are accompanied by insightful essays and a moving account by Sidibe about his transition from commercial artisan to internationally acclaimed art photographer. His best work from the 1960s and ‘70s speaks across cultures and retains its currency in our own historical moment. Malian writer Manthia Diawara notes: “Sidibe’s work is subversive, revolutionary, and original in so far as it consisted of representations of a rebellious youth against religious traditions, new political dogmas, and dictatorship.”

Almost 40 years after he wrote Atlantic Island, Tony Duvert’s novel finally appears in English. It’s a long overdue arrival for the author Dennis Cooper calls “one of the most significant and idiosyncratic contemporary French fiction writers.” Fortunately, the book still retains much of its strangeness and savagery. The plot revolves around gangs of boys who have quietly gone feral, robbing and vandalizing houses on a remote island off the coast of France. For months, they carry out a series of escalating crimes without raising suspicion. 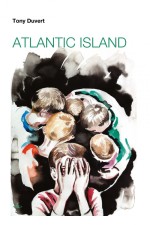 The lazy analogue would be to Lord of the Flies, but Duvert spends equal time exploring the stifling middle-class lives of the boys’ parents which are often fueled by frustration, resentment, and hidden perversions. These satirical sections, which probably had more bite at the time, occasionally slow the momentum.

The novel really comes alive when it deals with the teenagers who are reimagining their roles and exploring their sexuality, trying to create a new society within the suffocating confines of suburbia. Duvert writes with such unblinking honesty and empathy about their shifting roles and desires that his insights still seem startling. The book ends with haunting scenes that recount the fates of the various boys, each of whom is forced to find a place in a world they’re in no hurry to inherit. 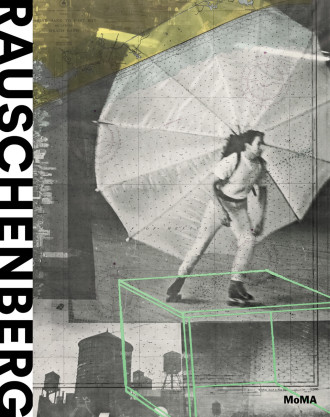 This gorgeous catalog from Robert Rauschenberg’s recent retrospective showcases the full span of his talents over the course of a restless career. His work effortlessly ranged across mediums, including painting, sculpture, performance, and theater.

The book beings with his photography, works on exposed blueprint paper, and conceptual gambits like the white lead paintings and erased de Kooning drawing. There’s plenty of space devoted to his stunning sculptural “combines” which were assembled from found materials such as bedding and stuffed goats, as well as his famous silk-screens soaked in gorgeous layers of pop culture imagery.

Crucially, the curators include a generous sampling of his often overlooked cardboard and sail-cloth works from the early 1970s, some of his most radical and remarkable constructions. 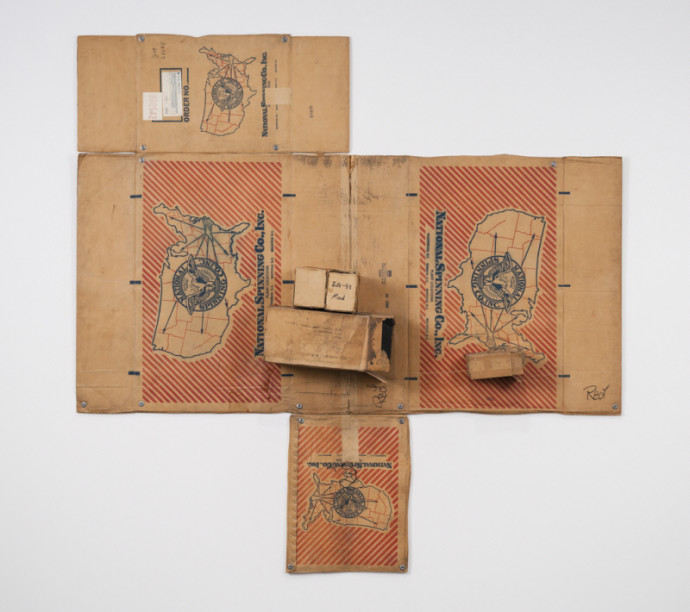 They also do an excellent job cherry-picking some of the best pieces from his spotty later years. Throughout there are essays that illuminate specific moments in Rauschenberg’s career, but the biggest selling point is the large number of full-color images of the art itself, allowing the readers to experience the rapture of the work, even second-hand.