On his 40th birthday, in the grip of a mid-life crisis, Marcel Broodthaers announced he was quitting poetry and becoming a visual artist. To mark the occasion, he embedded all the unsold copies of his last poetry collection Memory Aid in plaster and declared it was now an art object. 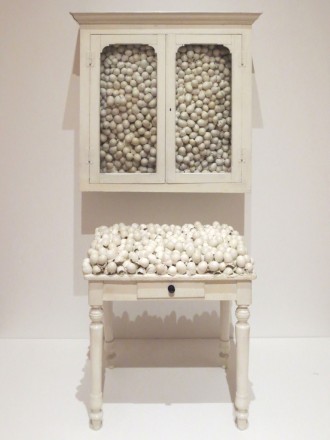 Over the next 12 years, he worked in an astonishing range of mediums: painter, sculptor, filmmaker, assemblage artist, print maker, installation artist, and creator of artist’s books. He also formed his own traveling museum, The Museum of Modern Art, Department of Eagles. Originally opened in his house, the Museum organized presentations that explored various aspects of institutional bureaucracy – along with exhibits that spotlighted the representation of eagles in art.

Broodthaers created his own context for experiencing his work. This expansive and generously illustrated catalog, which accompanied a recent retrospective, is useful for gaining a better understanding of this mysterious and multifarious artist, whose productions and preoccupations have become increasingly central to the history of modern art.

The book details the Belgian artist’s earliest works from 1964, which often featured eggs, mussels, and fries, national staples that he employed to create wonderfully surreal assemblages. From the start, he produced his own catalogs, invitations, and interviews, also treating them as artworks. He began to generate increasingly complex installation environments to showcase his various pieces. They eventually bloomed into immersive “décors” that featured his work alongside objects borrowed the occasion. For an oasis-themed “décor,” he included potted palm trees, lawn furniture, and a live camel. 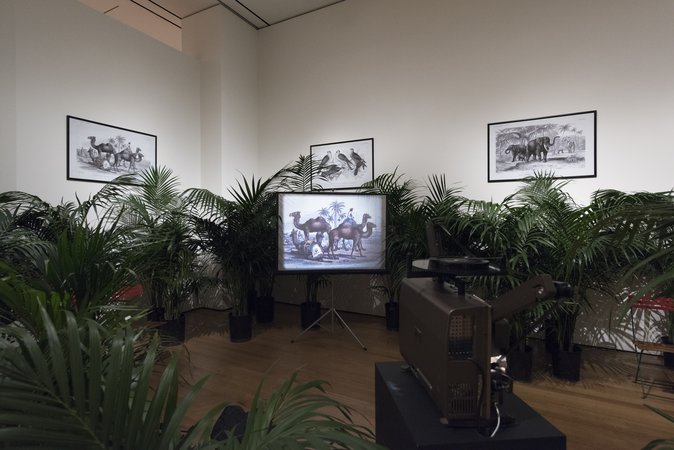 While the book lacks an essay that provides an overview of Broodthaer’s career, it does a good job exploring the various tributaries of his work, especially the Museum, which he ran for four years as a critique of curating, an investigation into the role of cultural institutions, and as a conceptual artwork in its own right.

Once the museum received the art world’s seal of approval by being included in 1972’s Documenta, Broodthaers shut it down. His refusal to continue the Museum stemmed from a restless desire to keep his work from being too easily absorbed into art world discourse. Or as he once noted: “Every successful image puts theory at a loss.”

The French artist Blutch is one of the masters of the graphic novel, so it’s surprising this is only his second work to appear in English. Peplum is the European term for sword-and-sandal movies, and while I normally have zero interest in the toga genre, I was immediately won over by this hallucinatory, fragmented, and thrilling story. It’s inspired by Satyricon, an early work of fiction that recounts the wild misadventures of a Latin nobleman and his servant-boy lover, along with remixes of several other Roman narratives. This epic tale – comprised of stolen identities, conflicted loves, political intrigues, savage brutality, and a goddess imprisoned in ice – manages to feel both intimate and distilled.

Broken into short chapters, Peplum has a cinematic flair that evokes Fellini and Orson Welles, filled with jump-cuts, close-ups, and swift battle sequences. Blutch uses the panel format to compress time and freeze-frame emotion as only graphic novels can. He often lets the action speak for itself and intentionally keeps psychology in background. 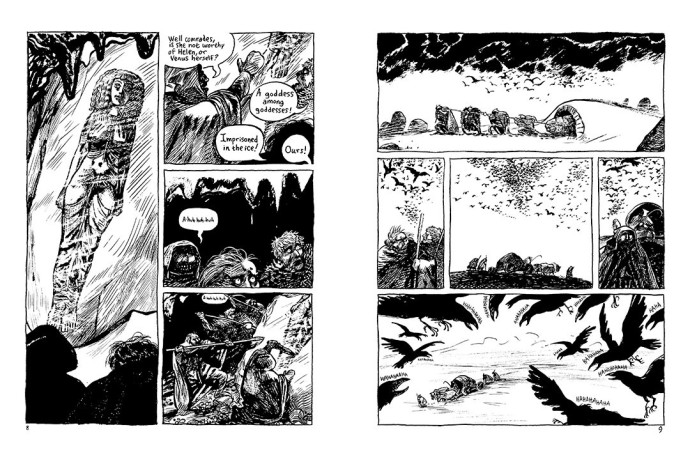 The virtuoso brushwork will look familiar to fans of Craig Thompson, who was clearly inspired by Blutch’s moody and visceral draftsmanship. Beautifully printed in an oversize format, this is one of the first titles in New York Review of Books’ recently launched graphic novel imprint. Like their book division, it plans to reissue that out-of-print classics alongside fresh translations of some of the best works from around the world. Peplum easily lives up to that ambition.

“The poem is a space and it hurts.”
– Alejandra Pizarnik

The work of this Argentinian poet is a site of wounds and afflictions, vacant longings and scalding silences. A legend in Latin American literature, she struggled with mental illness and created a significant body of work before her suicide at age of 36. Revered by writers including Octavio Paz, Roberto Bolano, Italo Calvino, and Enrique Vila-Matas, Piznarnik’s most acclaimed works have never before appeared in English. This new bi-lingual collection gathers all of her middle and late poetry, including a large selection of posthumously published verse. 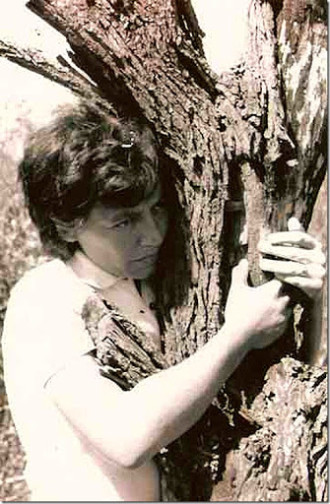 Piznarnik was inspired by the writings of Baudelaire, Rimbaud, Nerval, Lautreamont, and Artaud, feeling kinship with their intensified language, agonized sufferings, and mysterious silences. Her own death-besotted poems have a leprous beauty, filled with glimmering negations and night fevers, narrated by a chorus of estranged voices. Her well-wrought pieces alternate between longer prose poems and sequences of terse aphoristic verses, such as: “I weigh myself in the language I use for weighing the dead” and “Cover the memory of your face with the mask of who you’ll become, and frighten the girl you used to be.”

Julio Cortazar, an early admirer of Pizarnik’s work, observed that each of her poems contributes to a greater whole. It’s helpful to remember this when reading the collection, allowing the repetition of images and themes –forbidden gardens, cracks in the wall, the lure of the night time – to accumulate.

This section from “Paths of the Mirror” further outlines her project:

Even if I say sun or moon or star, this still about things that happened to me. And what was it I wanted?
I wanted a perfect silence.
This is why I speak.

Yvette Siegert, who also translated Pizarnik’s early work, does an admirable job throughout. But like Rimbaud and Mallarme, these verses don’t quite have the same transformational power in English. It’s impossible to capture the multiple meanings and replicate the rhymes that buoy the extremely short poems. Still, more than enough comes through to make this New Directions collection an important release. It seems only proper to give this uncompromising poet the last word:

writing
I have asked, I have lost.

on this night, in this world,
embracing you,
joy of wreckage.

I have wanted to sacrifice my days and my weeks
in the ceremonies of the poem.

I have begged so much
from the depths of the depths
of my writing.

To fuck and to die have no adjectives.