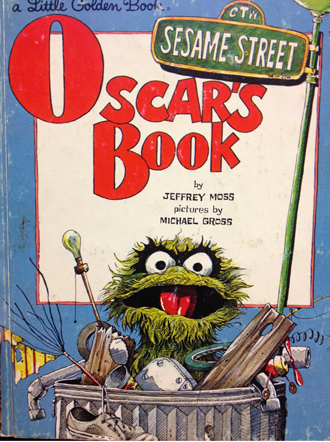 Kid’s books are fucked, there’s a prevailing creepiness and darkness to nearly all of them. Maybe it’s due to the hyper emotions, loud colors, or just the downright wrong, I’m not sure exactly, but I have a weird sense of admiration for these books. I was raised on them. As a child, my mother’s favorite book to read to me was Maurice Sendak’s Outside Over There, which is about faceless cloaked creatures breaking into a home, stealing a baby, and leaving an ice baby in its place. A fantasy adventure and search for the baby by her creepy sister follows. It’s absolutely beautiful and absolutely terrifying. Think of a Bosch painting but everything is back-lit with gold and all the characters are out of proportion, more cartoonish and dream crazed. When I say kids books are fucked, this is the champion weirdo from my childhood.

Now, as the father of a one year old, I get to carry on this sick tradition. My son Julian loves to read, and we spend hours with thick cardboard-like pages, repeating monosyllabic words religiously. Some of them he intensely dislikes, throwing them off the edge of the couch, watching them pile up on the carpet below like a fisherman watching chum thrown for sharks. But most of them he laughs at and enjoys and I don’t mind reading to him, coma-like at 5 am, the same book over and over again, sun rising, coffee depleting.

From the hundreds of books I’ve read to him, the one that gets the strangest reaction (a kind of blank stare, fingers interlocked, hands resting on his stomach, deep breathing, tight lips, eyes glazed in thought) is Oscar’s Book by Jeffrey Moss and Michael Gross, published in 1981, the same publication year as Sendak’s Outside Over There, read to me when I was also a year old. The tradition really does continue and I couldn’t be prouder because Oscar’s Book is like no other children’s book I’ve read. Here’s the cover featuring a crazed Oscar, a design you might see concocted from a dinner date with Matt Furie and Ryan Trecartin.

I don’t know why I don’t just read him Naked Lunch or Blindness or Disgrace because this books is more brain damaging on the image level alone. Just look at Oscar’s face for a few moments.

Oscar’s Book is basically twenty three pages of Oscar the Grouch yelling, specifically, at the reader and their child. Really, I’m not sure I know of another work of literature, besides, I don’t know, Gaddis’s J.R. that treats the reader like such complete shit. And that’s just the words. The illustrations alone are masterpieces of tortured fever dreams. But the language, nearly every page with Oscar pleading to be left alone, devising plan after plan to escape the reader (Oscar disguising himself as a girl, Oscar building a pyramid of trash cans, Oscar building a balloon rocket, Oscar 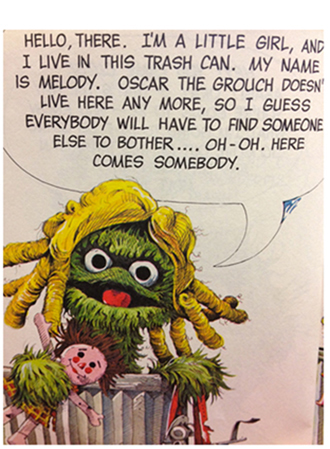 telling the reader to close his eyes and the next two pages resulting in nothing but blackness) is a psychological nightmare only cured by closing the book. When the book does end, Oscar doesn’t offer an apology for his rage or change his tone like some children’s books might offer, no, he actually gets angrier, stating how much he likes to complain and goading you to start the book again. Oscar final screech, in all bold caps: YOU REALLY MAKE ME MAD!…

My poor son. I hope I’m not damaging him, but he’s seen the inside of a Target already. Sometimes, he laughs and shuts the book. Other times he waits for me to tell him it’s going to be okay, Oscar is just human, he’s a stressed out middle class American. I’m not sure Julian understands what exactly Oscar is saying, but it’s wildly creative. I genuinely enjoy this book. Here’s an example of the brutal meta language that even Calvino was too much of a pussy to try and tackle. This page follows Oscar telling the reader to back-off and walk away. Again, stare at Oscar for a few moments. Maybe see how long you can last.

Oscar’s Book is relentless and unapologetic – the type of thing, if published today, would cast fires on mommy blogs. Hell, there’s a page where Oscar flat-out calls a bird “dumb.”

The illustrations alone combine anxiety, fear, manic energy, and street grime in a way I’ve never seen before, all penned with the gorgeous shakiness of a drug addict. Following the above page, where Oscar declares he’s moving out to avoid you, the reader, or in my case, my shocked-still son, we view my favorite and most disturbing page where Oscar pretends to be a girl named Melody. The more you look at this page, the more dirty you feel. It’s like the pages are brushed with black grease: 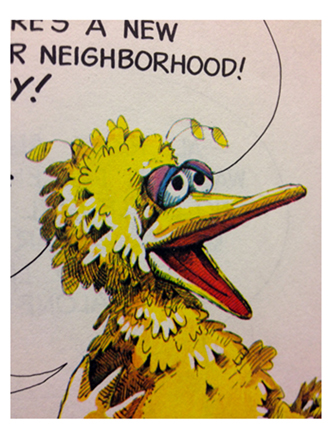 Modern day Sesame Street has morphed Oscar into a more pleasant, friendlier character, but Oscar the Grouch 1981 is raw as shit. This is the Oscar I remember. This is the Oscar kids pinched their noses at and swatted away. This is the Oscar of the streets and the one Dave Chappell riffed on, saying it taught kid’s a terrible lesson – that Oscar is poor, homeless, and is to be openly judged by those who step over him. And Michael Gross plays into all this, drawing Oscar as a disgusting dirt bag to be mocked by all. For example, when Big Bird makes a cameo, he calls out to the entire neighborhood: “Hey, everybody! Come meet the new little girl on sesame street!” Everyone encircles Oscar and stares at him not saying a word until Oscar is humiliated and forced to admit that there’s no girl, it’s just him, to please leave him alone. It’s crushing. Not Big Bird, nor anyone in the neighborhood offers to help. Compassion needs a janitor on Sesame Street. And just look at Big Bird’s eyes. I imagine this is something a street artist, lower east side, early 80’s, would be selling to confused but interested upstate tourists.

Most kid’s books have a message, typically positive, but Oscar’s Book seems to aggressively repel any kind of message at all, other than blind rage is comical, and some people just want to be left the fuck alone. I’ve outdone my mother, who may have entrenched my imagination with Sendak’s Outside Over There, but there was a dark beauty and expanding fantasy to that book. Oscar’s Book is a weird blend of hyper-realism and one dimensional rage. Will this book damage my son? I’m not sure. It’s his birthday in a few weeks. I’ll have to wait for several more to see how he develops. For now, I’m going to keep reading. 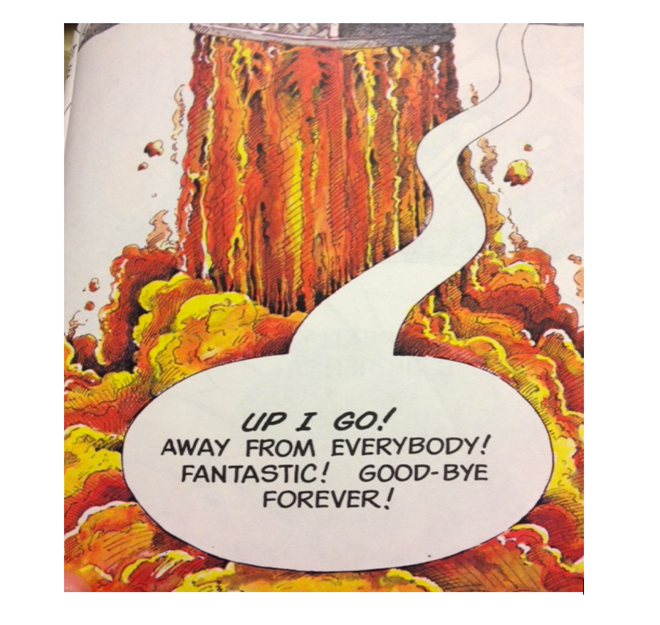