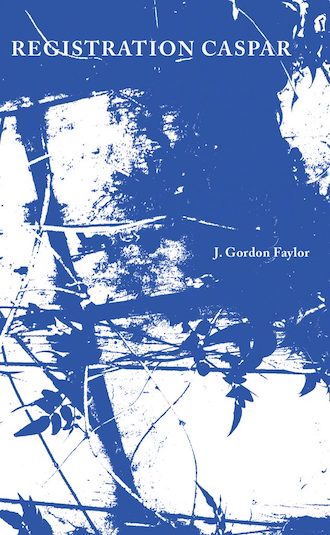 It was once a terror, one found in Gravity’s Rainbow where Tyrone Slothrop asks his kid about the drugs they use these days—the electricity. You don’t understand, he tells his father. Once you take this trip, you don’t return.

Decades prior to Kurzweil’s The Age of Spiritual Machines, Pynchon foresaw the Singularity, the moment humans and technology become one, the start of what Kurzweil says will be the universe waking up. We won’t merely take electricity as a drug; we’ll become it. Once internet is fused with our separate consciousnesses, we will become bodiless, omniscient, and One. Whitehead’s concrescence comes to complete fruition.

Maybe it takes our own lives getting a little shake from its roots and routes, it’s foundations and directions. Over time, we might grow to like this idea. We’ve so splintered and suburbanized our world and ourselves from ourselves and from our lived experience. As Levinas had pointed out, such horizontal diversification, separation, and fragmentation is the very definition of nonsense, and while Levinas’s vertical necessity took shape in ethics, there’s something pleasantly releasing, comforting, and spiritual about Kurzweil’s Singularity. Suddenly—an afterlife.

Yet, simply because we have been removing ourselves from it, lived experience cannot be dismissed. For Kurzweil’s Singularity to happen, our lived experience must function algorithmically. There’s the rub. Kurzweilians do seem to sweep phenomenology (like that of Merleau-Ponty and Hubert Dreyfus) to the side. This, and simply this, has dimmed my interest in Kurzweil and the Singularity inevitability.

I don’t see Kurzweil as some tunnel-visioned Victor Frankenstein, as is the case with many of Kurzweil’s critics. But Kurzweil is quite clear; his philosophy and prophetic ideas stem from Moore’s Law, where technology doubles every two years. These exponential jumps suggest that soon—quite soon in our lifetimes—technology will become so advanced, humans will no longer benefit from it or know how to use it. Therefore, we must be best prepared to handle this situation. And as I delved deeper into phenomenological studies, I had grown more distant from this truth.

Yet, with the reading of J. Gordon Faylor’s Registration Caspar, we’re thrown headfirst back into the maelstrom that lurks just ahead. With form and process-of-writing serving as his setting (or, as Faylor says in a kind of meta-writing, “The dossier is also incomplete, but furnishes the setting….”), Faylor brings back the terror. This time, however, we might hope with all our might Kurzweil is right about Singularity being the next great step in human evolution, because phenomenological theory won’t be able to mitigate our fears or rescue us. We’ve turned on lived experience and, therefore, humanity. Registration Caspar is urgently prophetic, a mirror onto the future, a mirror quite necessary where our own Vladi(mirrors) are Estra(gone).

Faylor’s writing reads as if what Kurzweil said is true: in the future, technology will be so advanced that humans won’t be able to make heads or tales of what’s going on. Throughout much of Caspar, it is difficult to have much of an understanding as to what we’re reading, as if looking into this world through a viciously smeared and cracked window through which we might find blurred, incongruous hints of incompletion. In such, Faylor’s analysis of this high-tech future is not one of squeaky-clean laboratories where sophisticated lab-coated and goggled scientists operate with precision in a nano paradisio. Instead, he drags along the shards, spew, and sludge (and unstable employment) of industrialization, infusing it within the topography, not only making this world difficult to comprehend through the smoke and muddiness, poignantly nauseating with a Delilloean Cloud that is not merely approaching from a distance, but has already blanketed and soaked anything worthy of an essence. It serves as a weighted reminder that high-tech operations only pretend their sterilized and utopian image, that progress and pollution have always been wedded in positive correlation. We’ve just become better at masking it in a world where the only reality is the one advertised.

The muddiness we see, however, is not merely physical, but also phenomenological and more specifically, communicative. Caspar pins down the warning we find in the introduction to Merleau-Ponty’s Phenomenology of Perception, where the dominance of science (and not merely science, itself) and categorization is called into question. Faylor recalls Sisyphus, “carrying an enormous boulder upstairs to not do anything with it except type projects and logs.” The relentless scientific documentation (but also the need to numerate and categorize most anything and everything) becomes a sludge upon the psyche. We see that even self-awareness or phenomenological experience is expressed with the obsession of measurement—even if that measurement or context for the measurement is abstract—from the outset of the novel: “I was living a moderate distance from a designated location, and not unaware of it. This was in 2002.”  And as almost every chapter is littered with the number of people or other items, current time, temperature, and monetary values, in the end, those values take on a rear-view-mirror desperation. Numbers slip, referring to “miscellaneous.” In the chapter discussing the “chaining” of replicants—the human-made non-gendered entities including Caspar and replicants like him—where the existence of previous or executed replicants is chained to the existence of new ones within a kind of not-quite-linear third space, the motif of ambiguous phrases such as “one or another” begin to take shape, ostracizing the exactness and certainty of science.

Merleau-Ponty’s criticism of the dominance of science isn’t just a question about certainty or on-going categorization and fact, however, but that of fragmentation from lived experience. Much of science is a fragmentation, with the omniscient scientist—an objective God looking upon a world from which He is separate—on the other side of a telescope or microscope all in attempt to completely split the atom of intersubjectivity—an intersubjectivity that, to be sure, lies at the heart of lived experience and humanity, itself. In the lived environment, there is no objectivity separate from subjectivity, let alone any such binary.

But where is the lived experience in Caspar? It certainly doesn’t exist in some nostalgic return to nature or the earth. Caspar’s life on the farm is never described within a pleasantly bucolic or picturesque manner, but reads parallel to the industrial swampiness and smog akin to the entire novel: “Sure enough, animals grumbled and milled around there, disposed to sweetsalt coolant fumes, hay, their personalities pressurized or gone or evaporated in a noxious obedience that felt abandoned and total: their natures, the haunched entombment of one of them in particular simmering over one another and taking dumps.” Ultimately, we’re left with a stagnant, steaming bog that sees little sun, where a blind adherence to science and systematic functionality pays no mind to nature outside of economics or a wall to the elements.

Perhaps even more concerning is the lack of connection to one another. Conversations, if not solely practical and matter-of-fact, seem hesitant, awkward, or briefly glossed over, and their more conversational discussions when noted in more detail resonate with disjointedness and parataxis, as if not much is actually being said in response to one another, but rather within a hodgepodge of (perhaps) text messages from a variety of individuals and interspaced incoherently within scenes of possible face-to-face dialogue. Love is relatively nonexistent throughout the novel, and human touch is only left with stolid, sterile responses, as when, “Marsh’s hand brushed her thigh. She kept remote, logically somber.” The only sources left to keep humans connected to one another are the replicant projects (that don’t require much face-to-face interaction and where, “They were exuberantly open to technology and dumb enough to accentuate it”) and booze—two of the main motifs stringing the novel (and the people), if only haphazardly, desperately, and precariously, together.

The imbibing of alcohol is a constant, a fulcrum even, in Caspar. One might recall Vonnegut’s essay, “Why They Read Hesse,” where the answer to the title comes quite simply, if not devastatingly: loneliness. And Hesse’s works offer only temporary relief, a pinch of hope, all draped in fantasy. Vonnegut touches on Hesse’s alcoholism, and motions to this, the chumship of the bar, as a last resort of community and communication for many. This is precisely what we have in Caspar, where, “In the bar they were then in a more commanding mastery of the climate….” It increasingly becomes the last lived experience left: the only act that allows us to face each other one last time, once and for all.

There are glimpses of humanity left in Caspar, but they are fleeting, if not completely misread or accidental. “The shots immediately cased them fish brought in from the water, birds depleted from the sky, yanked into the unpleasant realization that 100 still glowered at us the entire time from a distant boat on the loch. We remained on the cliffs a few more minutes.”  This is not unlike the moment where, “He rose from his locker and went to the sleeping quarters. Upon waking, he made for the nearest checkerboard to relax and sight some passing egrets. The morning lit up the hill and secluded his retreat.” The use of observations in the distance coupled with some moments of potential thought conjure up comparisons to de Certeau’s train passenger, who while looking out a window and observing the slowly passing distance is left with a pensivity and a potential self-awareness or a momentary grounding offered by an intense, immediate, even if solitary, lived experience. A short spell later we see, “I don’t really understand business dealings, so I stick to circulation,” and wonder if this could only suggest the circulations of Deleuze-Guattarian rhizomatic lines of flight. There is some lived experience, some humanity left—not hope, but humanity.

Only later do we come to understand what these circulations are: “artificially preserved, circulatory losses desperately soldered to a life already enough of routine, each of us clinging in turn to its representation as submitting, the seasons of fabrication belching smoke….” And so, sincere glimpses of humanity come far and few between the incessant fragmentation, numerical categorizations, and stark pollution and destruction, a “clockwork intensified without recognizable teleology or bracketing.” There is no clear path, significance, or concern, and more importantly, little phenomenology or humanity.

We’ve been disappearing. We’ve entered the paradox where communication now wipes out community and where communication solely serves an economic avenue or game theory of establishing who’s worth using contre who’s an inconvenience. We’ve set out into the world away from what deeply and ultimately defined our vertical humanity: the lived experience that is simultaneously reliant on individualized and collective nuance as it is on the intersubjective understanding of a monolithic communioned past. Communication guru Lee Thayer let it be known: “As we communicate, so shall we be.” Without doing so within our lived environments and experience, without a sincere chiasmic meshing of call and response, the lights will finally be shut off for good, leaving only absences and terror. Faylor takes us to the moment just before the impossibility of Singularity, to the dregs of lived experience, to the farthest reaches of our destruction of communication, and therefore of ourselves. Finally, we see the end of the end.