Grand Rapids: a constellation of pieces that tells one true story 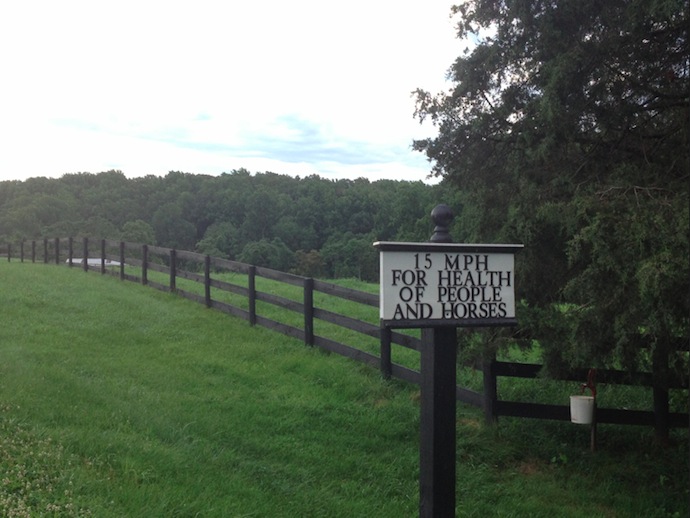 Around a campfire, to a group of terrified children:

“The story goes, well, there’s something you all should know about this airfield. You may come here to play touch football and pal around and roast marshmallows, and you may even think it’s just a regular old airfield that happens to be owned by the camp. But if you think that, you’re wrong. Dead wrong. Look down to the end of the field. Let your eyes follow the fence. You see that little run-down house in the distance? That’s the house they call the unspeakable shack. It’s unspeakable because of all the unspeakable, grisly, horrible things that happened there many, many, years ago. Of course, I can’t speak about these acts, and I think you know why. But I can tell you that they were so grisly, gory, and unforgettably unspeakable that the victims will never leave this airfield, and they haunt it to this day in horrifying, and very real, physical form. If you ever, and I warn you against it, but if you ever walk down to that unspeakable shack, and especially if you dare to explore it, the ghost horses will appear on the other side of the fence. These white horses are the ghosts of the victims of all the unspeakable acts. Look on the other side of the fence now… you can’t see any horses, can you? No. They never appear until you’ve walked down to the house, but they always walk or run along with you when you come screaming back. Day or night, they say, ‘if you venture down to the unspeakable shack, the ghost horses will follow you back.’”

Boy, Why Are You Shaking?

My little brother tells me the name of his girlfriend’s new band. I get cold, convulse. Isn’t it awesome, he says, just the perfect two words, three syllables.

I hate that name, I say, that place. I tell him this but I don’t tell him why.

Fishing, swimming, hiking, rock climbing, camping out, firing arrows, shooting rifles, shooting air guns, crafting, kayaking, canoeing, sporting, sharing, learning, listening to songs about murdering your mother, making friends, firing at cans of worms, mountain biking, telling ghost stories, photographing, capsizing, finding copperheads bisected by a ride-a-mower, drinking, bathing in southern accents, snacking, missing your little brother, sprinting, completing ropes courses, tossing and turning on top bunks, gnawing, bumping into a girl with a dead mother, itching, bonding, playing hardcore truth-or-dare, avoiding parent’s divorce proceedings, being thirteen, being fourteen, being fifteen, being a Counselor-in- Training, caretaking, taking on jobs, mocking, calling roll, falling asleep while lifeguarding, kissing with cracked lips, referring to your mother as ‘The Cripple’ out of anger that she keeps calling the camp to police you, planting, driving golf carts into trees, writing letters and never sending them, growing, singing leaving on a jet plane, lighting candles on Styrofoam boats and casting them into the lake, throwing up, stealing combat boots, telling yourself it’s just camp and it won’t go any further than this, sneaking, digging, hiding, tightening, knotting, lying awake, waiting in the dark for the girl with a dead mother, skinny dipping, drying off, ending up behind the drama shack, stripping, posing for a blinding flash that makes it all something you can’t escape

On Tuesday it was freezing so he wore long underwear.

On Wednesday he dropped off some photos to be developed.

On Friday he broke a ground floor window in the nice part of town and stole enough jewelry to get him through the month.

On Saturday he went to pick up his photos and when he arrived home he realized that he’d gotten someone else’s instead and stuck between images of camp activities and smiles was a photograph of something disturbing and he shoved the whole stack into a drawer.

On Sunday he considered returning the photos but then he looked at the disturbing photo again.

On Monday he didn’t return the photos.

On Tuesday he didn’t return the photos.

On Wednesday he never returned the photos.

On Friday he was arrested for what he’d done the previous Friday and every Friday before that for as long as he could remember and the pigs searched his drawers.

On Saturday in lockup he dreamed of a sleepy boy in the south.

A girl with a dead mother who takes a photograph and drops the camera off at a lab and gets the wrong envelope in return is not my worst enemy, even if she calls me to tell me briefly that the photo is lost and makes this the final time we are in contact for the rest of our lives.

A strange man in the far north with my photograph in a drawer is not my worst enemy, even if he gets caught burglarizing other people’s houses and apartments and poses enough of a menace that they trace the photograph across state lines and the case gets bumped up to federal.

My worst enemy is a figure in a dark suit standing in my mother’s driveway with a pocket full of my photograph.

I casually close the toilet seat and plop down

I know my mother is in the bathroom too, it’s that time of day, her routine

it’s bad news, I can tell from her voice, but I don’t know if it concerns me:

“Honey I’ve been talking to the camp director and the F.B.I. for the last couple of days, and it seems like they have a photograph of you. And it was found in some man’s apartment, in Michigan? Do you know anyone in Michigan? They traced it to you through the camp, and they want to use it as evidence against this man. This man was arrested, for breaking into people’s houses, lots of people’s houses. And the F.B.I. wants this because now, with your picture he can be convicted of child pornography, but you and I have to give them permission to use the photo as evidence.”

I haven’t said a thing

“Honey at first I thought it was just something silly, the photograph, but the man told me that you’re looking at the camera. And that you’re clearly… aroused.”

I don’t say a thing

“Honey was it that girl I warned the camp to keep you away from?”

my hand hits the off button on the receiver

I stand, open the toilet, and pee

and I cut it in half with my final splash

The photo has a black square covering the problem area, like a morgue resident rolled out for identification. The boy’s face, a red flush, and above it short tufts of strawberry blonde. The summer of the buzz cut. Below the boy’s chin the collarbones are arched. He’s kneeling with his elbows out. His knuckles resting on his hips, like Peter Pan.

Boy Never Gets Away with Anything

“Where is the scene of the crime,” Boy Wonders, “On my doorstep?” “At the photo lab?” “Behind the drama barn?” “Where did they draw my outline in chalk?”

Famous Boy Writes Tell-All, Aware of Ellipses and the Impossibility of Certainty, Afraid of Authority

“It’s in the back of my mind every day,” Boy Says in Bestselling Book, “But far back, since before this it had only been spoken out loud to one or two people. It had only come up a few times, no pun intended”

Author Snaps Out of It, Starts Over, Tells Feds “No”

My little brother is neurotic on the phone, telling me he’s just now walking away from a photo shoot where he had to be naked. After a beat, a few passing sirens on his end, I ask him if he signed papers. I ask him if he got paid. I ask him if it’s art. He says yes, yes, and yes. So I don’t tell him about Grand Rapids.

I stand by the railing overlooking the city

monoliths in the distance

ant-sized people in dark suits file in and out

I know there’s a disposable camera in my pocket

I imagine it in my hand, dial wound

the high-pitched sound of a charged flash

the button so sensitive against my pointer finger

shush, says the water of the Potomac below

I turn and come face-to-face with a white horse

my whole self reflected in its huge eye

it blows air through its muzzle

I obey and the horse walks beside me, parallel

Henry Hoke was a child in the south and an adult in New York and California. His work appears in Electric Literature, PANK, Gigantic, Birkensnake, Entropy, and is forthcoming in The Synchronia Project. His plays have been produced on the west coast and at the Edinburgh International Fringe Festival and published by Snail Press. He co-created and directs ENTER>text, a living literary journal in Los Angeles. 3 years, a book about ENTER>text, is out now.