Go With The Flow and Hope: An Interview with Dasher 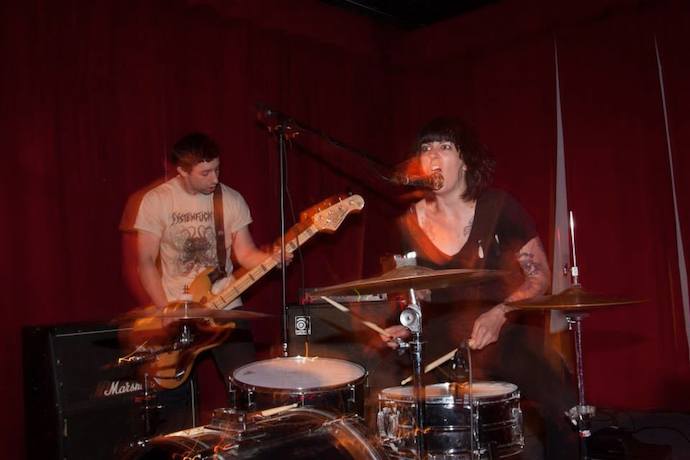 I first saw Dasher at the Star Bar in the summer of 2013 and was immediately drawn in by their blend of post-punk, hardcore, punk, and shoegaze. I bought their cassette and played it for almost everyone I know.

In two years since, Dasher has come a long way–from playing small clubs in Atlanta like 529 and the Star Bar to signing a deal with Jagjaguwar and being featured in SPIN and Pitchfork. Following the release of their demo, Yeah I Know, Die Slaughterhaus released the seven inch single, “Go Rambo” b/w “Time Flies” and another 7″, “Soviet” b/w “Teeth,” was released by Seattle’s Suicide Squeeze Records.

Kylee Kimbrough, their lead singer and drummer, has been a regular in the Atlanta music scene for years, playing drums in The Wild, Knaves Grave, and Abby GoGo. Her powerful and merciless songs, lyrics and singing style will leave you gutted and wanting more and their live shows have lead her to physically collapse. All-in-all, Dasher fucking rules.

Kylee Kimbrough took a few minutes to talk with me on the phone from L.A.

The first thing I heard from y’all was the cassette, Yeah I Know. What’s the story behind how that was recorded?

That was a demo tape we made in a practice space. It was never supposed to be a real album, but it turned out to be a pretty decent demo. Andrew Wiggins recorded it for us and he’s a talented guy so it sounded good. We just put it out ourselves as a demo tape and I named it because I was proud of it, but I never expected it to be a record or anything. I just wanted a demo to send to Maximum Rocknroll because I really like the magazine, but I didn’t expect it to get any further than that. I was gonna take those songs and try to make a real record, which we have done since it came out. I’m super stoked that Scavenger of Death is gonna re-release it as its own thing because it turned out to be a neat little recording.

How did you develop your singing style? Did it come natural or is it a sound you had to work at developing?

I guess I just started singing like that through time. I listen to this band Crisis a lot and they use heavy delay on their vocals so I added it on mine and liked it so kept doing it.

What was the song writing process like that early on, for that demo? Was it a collaborative effort with the other members?

I wrote all the songs for it and then this guy, Nevin Lyle, wrote most of the guitar parts. Jon Allinson played guitar during the recording and just kind of played whatever he wanted. Ian Deaton played the bass lines I wrote, with his own take on them.

Has that approach changed with new members in the band?

It’s still pretty much the same. We’re working on new stuff now. The guys that are in the band are pretty amazing. David Michaud and Rob Sarabia and they’re super talented guys, so I’m interested in doing more collaboration with them.

Dasher has gone through a number of line ups in a pretty short amount of time. Was there a time when you thought Dasher would be done?

No. Absolutely not. This is something I’ve always wanted to do. If you look at other bands, like Nirvana for example, Dave Grohl was the fifth drummer that band had. He’s the drummer that everybody remembers, but you have to find the members of the band that fit. Finding the right chemistry to see who works. It’s like dating or something. People kind of come and go and things in life change and things happen and it doesn’t necessarily mean people are fighting, it just means that things happen and people have to part ways.

I hope the line up we have now sticks because I really like the guys I’m working with, but with that said, I don’t know what’s going to happen. I just have to go with the flow and hope for the best. 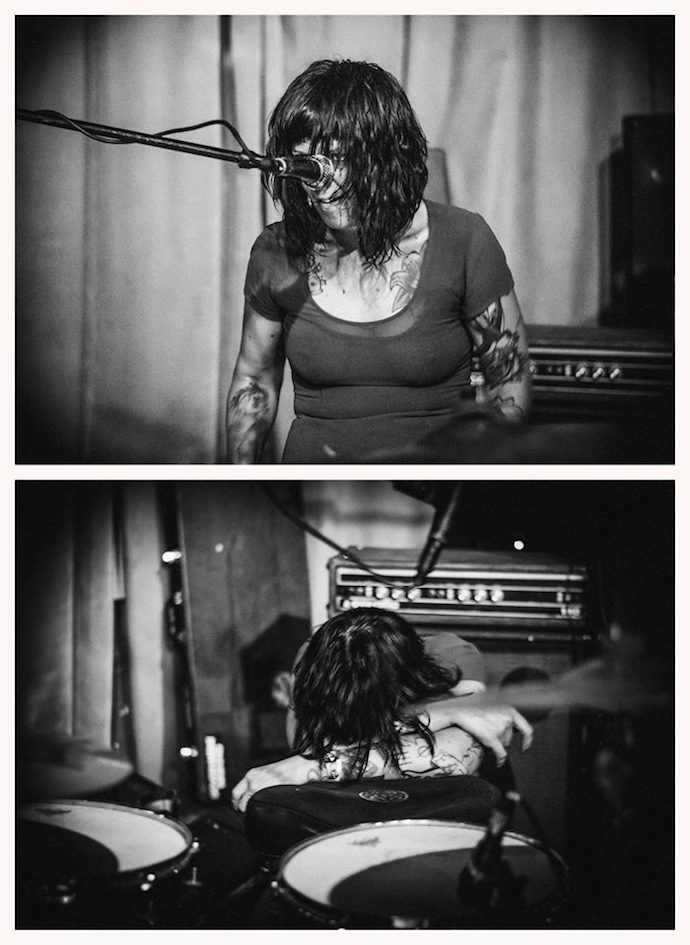 What are y’all currently working on?

We’re taking a short hiatus to take care of a couple things. Rob manages another band so had to go out of town for a month. David plays in another band, who he went on tour with for a little while and I’m taking care of some personal stuff out here in LA. But we are almost done recording the LP for Jagjaguwar and when I get back to town I’m going to finish some vocals. When we’re done recording then we’ll announce when we’re going to put it out, which is the next phase. Then we’ll start booking a tour to support the record. Our next show is at the Atlanta Mess-Around. That’s kind of our come back show after this long stretch of not playing live. Dasher’s been hitting it hard for the last couple years, playing one or two shows a month somewhere in Atlanta or the Southeast or somewhere else in the country, since I started the band.

In Atlanta, your shows sell out and can get pretty out of hand. When you play live shows in other places around the country, what’s the reaction like? Do people know who you are before you get there?

People don’t really know who we are, but people are excited afterwards. We’re still new and are still trying to pave the way. We haven’t been able to tour as much as I wish we could, but hopefully with the new Jagjaguwar deal that’s going to change for us. I didn’t get a tour van for us until this year. We’re still cutting our teeth on this stuff.

It seems like there’s been a lot of progress, but that there’s still more you want to do. How do you feel about where Dasher is right now?

I feel excited. I feel nervous. I feel cautiously optimistic.

It’s been refreshing. Up to this point I’ve had to do everything myself so it’s nice to have people who know what’s going on to take the reins a bit. But it also makes me apprehensive because I have ethics and I don’t want Dasher or me, my name, to become this sort of monetary thing that’s only bought and sold so someone can make money off of us. I don’t want to become some trend or something. So it makes me a little nervous when we’re getting to the higher level of things. I’m trying to be careful and like I said, cautiously optimistic.

I don’t want someone to come in and try to make us fit an image, to fit a mold so that someone can sell me to a wider audience. No one has said that, but I’m trying to be mindful because if it comes up, I’m out. So far nobody is saying anything like that, nobody is throwing that in my face. I feel comfortable with the people I’m working with. I’m leery that it might come, but so far so good. Everybody is accepting of how we are.