Empathy is Everything: A Conversation with D. Foy 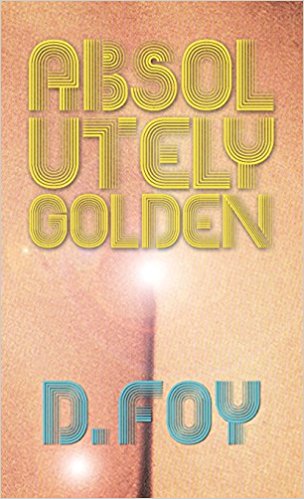 If you’ve read Made to Break and Patricide, D. Foy’s new book, Absolutely Golden might come as a surprise. After two dark, crushing novels, Foy stretches toward the light with the story of a repressed, anxious widow who finds herself in a nudist colony. The prose is distinctly Foy’s, wicked and sharp, but the story is unlike anything he’s tackled before.

I spoke with Foy about the book, foreboding, and Playboy as source material.

JAIME FOUNTAINE: Can you tell me a little bit about how Absolutely Golden came about? I remember you saying that you’d written it a long time ago.

D. FOY: I did write it a long time ago, in the late winter/early spring of 2002, in my brother’s garage after one of those moments in life that changes everything. It’s hard to explain how it came about, though. Someone asked me this the other day, and I couldn’t say. Ultimately, I think, it was born of an image—an unhappy elementary school teacher losing her cool and tearing out the hair of one of her students, a boy who wouldn’t leave the water fountain that a girl he liked wanted to get to. This happened to me. I was maybe ten, I guess, on a hot spring day, glugging water from a fountain on the playground. My classmate, a girl, told me to get off of it, but because I liked her I didn’t, and hovered over the thing forever, as though I were just drinking and drinking. A minute later, my head snapped back, and I glared up astonished to find my teacher with a handful of my hair. Seriously. They don’t do this anymore, teachers—can’t. Had mine done that today, she’d likely have been jailed. But the moment haunted me, and until I’d written about it I couldn’t let it go. This—the story I just told—is the only autobiographical bit in the whole book. Other than that, it’s pretty much straight invention, a story about and narrated by a thirty-eight-year old widow and set in 1973 in a nudist colony in Northern California.

JF: I think that when people are writing about characters who are different from them (especially when women write men) the discussion is more about “how could you possibly imagine that?” and not about the humanity of the character they’ve written.

DF: I never gave this much thought until recently, when I knew the book would be published soon, during a time when readers and critics alike are very sensitive, and for good reason, to appropriation of every sort—you know, who writes about whom and what and where and for what reasons and why them. And at the top of my list of worries was that the current zeitgeist is none too happy with the straight white guy, which—though I consider myself far from typical, and, honestly, loathe being lumped in this general, free-for-all category—I am. People of course are free to disagree, but I feel pretty strongly that in this book I’ve not ventured into any taboo lands. In fact, if anything, universally speaking, my assuming the persona of a woman is for me an encomium to all women everywhere.

More than Rachel’s crime itself—her, a school teacher, ripping the hair from the head of one of her little students—I suppose that what’s haunted me most over the years is the pain that would drive a person to do such a thing. I began to wonder what sort of life this woman would have had, and before long, I was that woman, and the life she has is the life we see in the book. I’m not sure how I did it, but I was able to inhabit her consciousness easily, and through it, all her longing and pain. Her voice came to me in flash—quite literally, like a possession—and once I was in its grip, I could speak her world the way I can speak my own now.

JF: I think that when people reduce building a character down to things like gender, they forget that one of the most important things in even halfway decent writing is empathy.

DF: Empathy is everything! I talk a lot about this in my writing on art, and in my teaching, too. Often I frame the notion of empathy, and more, of compassion, in terms of generosity. Basically, through my work to this point, I’ve seen that art isn’t art if it’s not in the service of others. I’m here to give, first, and then, only after I’ve given, to take what others have to give, so that both giving and taking amount in the end to an ongoing act of generosity. This, really, is why I write—not to help anyone or to change anything, but simply to give, simply to share what I have to offer as a means of participating in what for me is the most important thing in life—the act of being witnessed. Work that doesn’t express itself through vulnerability doesn’t much interest me anymore. My whole project is about giving, about a constant and constantly expanding opening. Nothing I make can amount to much without it, because nothing I make will be about anything but me. Monologues alone do nothing for the world. This is obvious, now more than ever. Everyone seems to be shouting at everyone else, and few of us care to listen, much less to act on what we hear. If the world needs anything today, it’s compassion, without which dialogues are impossible, without which, again, peace—real peace—will only ever be a sweet idea.

JF: The subject matter is very different from Patricide, which was a dark exploration of toxic masculinity. Can you speak to that a little?

DF: Absolutely Golden is about as different from Patricide, or anything I’ve done, as a clown is from a mole. I’m not sure how that is, but it’s true. A lot of my work deep-dives into places so dark that light itself can hardly stand ground. Patricide just about killed me to write. I’m not joking, either. A reviewer last year, before he’d read the book, wrote that he’d heard me say this, and thought I was full of it, but changed his mind quickly once he got into the pages. I was like, “Yeah, man, that’s what I’m saying.” But Absolutely Golden was nothing remotely close to that. Honestly, it’s the best time I’ve had writing a book, if it can be said that writing a book is ever a “good time.” Yes, there’s darkness here, but it’s not one that deepens, but dissolves—the movement in the book is unquestionably toward the light. When a friend described it to me as a “comedic fantasia,” I thought, “That’s the perfect description.” The jacket copy got it pretty well, too, saying that the narrator’s “words transport us from doubt, despair, and dread into states of increasing wonder and euphoria.” The thing I’m in the middle of now, while blackly comedic, is a fairly scary world, though, or rather the mind of the protagonist is. I know the end already, and it ain’t funny, which isn’t to say, however, that the book ain’t fun. 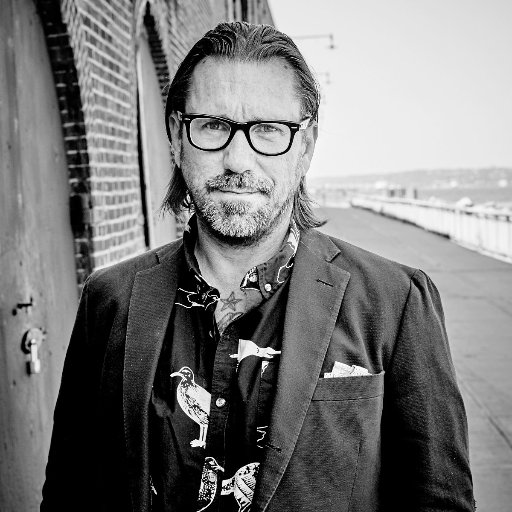 JF: Having read your first two books, I read this one expecting something to go horribly wrong for Rachel. It was interesting the way that you still built a sense of foreboding into a book that was so tonally different.

DF: Between Made to Break and Absolutely Golden I worked on other projects, but Absolutely Golden was the first novel since the other, which, as you know, was the tale of a group of people stumbling through a kind of darkness visible. Though there’s light in that book, it’s on the sporadic side as the book wends from dark to darker. With Absolutely Golden, I was in a place at the time where I was doing a lot of soul searching, a lot of personal inventory, investigating ways a guy like myself could step out of his darkness. So it was natural for me that Rachel’s dilemma paralleled mine. She is woman with a lifetime of tragedy and trauma who despite herself wants, like all of us really, to be the best human she can, who wants, more than anything, to love herself and to be loved by others.

As for the foreboding you mention—it was imperative. No work of art stands a chance to posterity if it lacks the sort of tension that foreboding essentially is. Nice guys grow on trees. Nobody wants to hear about all the good things Nice Guy is doing and has done and will do more of, always, leaving behind him a shining wake of harmony and good fortune. There are all sorts of reasons for this, but among the most important is that endless harmony and good fortune doesn’t reflect the human experience. The human experience, all human experience, is one of struggle, at least to a point, in which every one of us is put to the test before heartache, terror, loss, and pain. This book is bright, but however much I might want it to, without the dark, the brightness would be illuminating nothing but a void.

JF: Absolutely Golden touches on the occult in a way that feels perfectly of the time the book is set. Did you spend a lot of time researching, or was that something else that snuck up on you?

DF: You may be surprised to learn that the bulk of my research for the book came from Playboy magazine, from about 1965 to the first half of 1973. At that time, believe it or not, Playboy was a cultural touchstone. Between its photos, essays, and ads, everything anyone needs to know about that era is in its pages—fashion, music, books, art, politics, religion, commerce, sex— everything. On a single full-page ad for eight track tapes, for instance, you see the music that was happening at any given moment, and on others you see the clothes people wore, the cigarettes they smoked and booze they drank, the interior design they favored, the artists they dug, you see it all. The men that were buying Playboy back then were clearly looking for more than pictures of naked women. The biggest writers of the time—male minds, on the whole, it’s true, I know—were in its pages, from Gabriel Garcia Marquez and Roald Dahl to Ray Bradbury and Norman Mailer, to Jack Kerouac and Kurt Vonnegut Jr. PEN USA, in fact, even honored Playboy’s owner and publisher, Hugh Hefner, for having supported serious literary writers and fought censorship for over fifty years. It really was a serious magazine.

The only thing I couldn’t find in Playboy was the stuff I needed on the occult, which, as you guessed, I researched pretty deeply. All things New Age were in the air at the time, that’s for sure. People were searching. What they couldn’t find in sex and drugs and rock and roll they hoped to find in God, or in what amounted to God, anyway, the mystic, which, at the end of the day, is the divine. It wasn’t an accident that this concern lies at the heart of the book. At the time I wrote it, like I said, I myself was searching, though not so much for answers in the occult as in various spiritual practices, with a special focus on Buddhism. But then again, as well, I’ve always been fascinated by this stuff. It seems like in everything I do there’s a fortune teller or witch or trickster or sage. When you look at history, at just about any story from any time, you’ll find that these are the figures on which the real events turn. Without them, I think, we’d all be faces in a nightmare from van Eyck or Bosch.