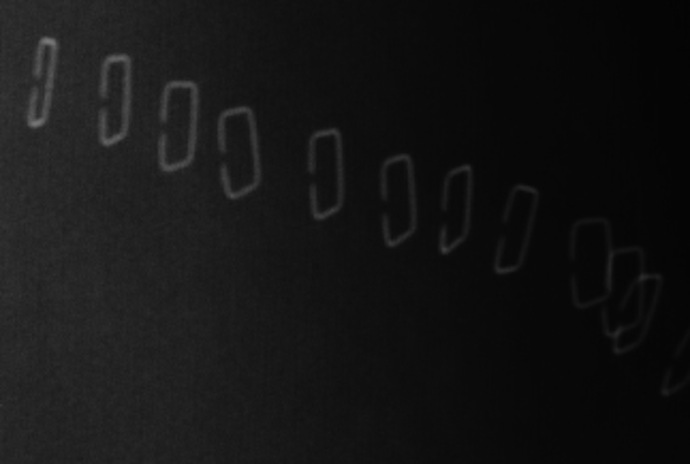 A series of specific and deliberate details and faces followed. I don’t know who was there first but suddenly a mob of hands turned me onto my back with forced and frightened gentleness and I looked up at people looking back down on me. I don’t remember the expressions. I saw my bar manager on shift. She frantically repeated “Sarah, Sarah Jean.” I saw Tony from the restaurant across the street on his knees to my left and I held onto his arm. A girl on my right side said, “Sarah, I don’t know if you remember me, I’m Anna’s older sister, I saw the whole thing, I’m here with you,” and I replied “Oh my God.”

A man I didn’t recognize said, “Sarah, try to move your arms above your head, can you do that?” and the entire crowd of people surrounding me screamed NO at him. People were talking to each other. They were making quiet, worried noises. I was holding someone’s hand.

A voice somewhere in the crowd said someone on a motorcycle had hit me. I never saw the motorcycle, or the someone. The someone was drunk. The someone left his motorcycle on the street and ran away. I didn’t run anywhere. I lay on my back twenty feet away from the abandoned motorcycle and opened and closed my eyes a lot. My face felt wet. My face felt like someone cracked an egg on it and the egg became stubborn and didn’t want to slide off so it sort of just pooled into the shallow pockets of my flesh and stayed there. The back of my head felt even wetter. I heard an ambulance grow louder and louder until the siren was so close I thought it would run right over me.

While everything surrounding me talked and moved, I stared at the black sky and thought, Can I refuse to get into the ambulance, I don’t have health insurance, I wonder if any of these people will drive me to my parents’ house. Some new faces appeared and blocked my vision of the sky, and they said some sentences and I don’t know if I responded properly but what I really  wanted to say was, “Let me be very clear here, guys, I don’t have health insurance, how much is this gonna run me, I didn’t even get paid yet tonight,” but I didn’t say any of that and soon they were turning me over onto my side and sliding a stretcher underneath me. A pain on the lower right side of my abdomen shot through me, and my entire spine felt like it had fallen apart, collapsing piece by piece like a tipped strip of dominos.

The EMTs lifted my stretcher and for a split second I could see the crowd of people that had formed around me—my manager, Tony, Anna’s sister, and a bunch of drunk regulars from my bar, all with expressions that made me feel terrified and tiny. I saw $80 in tips scattered around me in the street. Was this some sort of fucked up robbery?

Inside the ambulance was bright and quiet, fluorescent and sterile. I don’t remember how many people were back there, moving around the stretcher in succinct, smart movements. I noticed I couldn’t see anything properly. I thought of my wet head and face and oh God, head trauma, am I going blind, and then realized it was only affecting my left eye.

I looked at the EMTs and was about to tell them, “Hey, I think one of my contacts has been knocked out. Should I take the other one out? I think if you only wear one contact for too long, it can really mess up your eyesight and to be honest, I think if my eyesight gets any worse I will be legally blind.” The EMTs looked busy though. I saw them laughing and joking around with each other while hooking wires and plastic tubes on top of and inside my body. What the fuck? Was this some kind of ‘calming technique’ they often employed to help  the injured person feel more at ease? If they were laughing, I was probably fine. They could let me out right here, and we could all joke about the night, wave off the ambulance and the bill and just agree this was all a big misunderstanding. Let me out, right here’s fine, guys. I’ll walk it off.

I felt a man start cutting through my black corduroy shorts. He started at the bottom and worked upwards, towards my stomach. He didn’t stop until he was at my neck, seamlessly cutting through my entire outfit, and then he spread open my clothing, flaying me like a dissected frog. The month before, my mother had bought me underwear for my birthday that were two sizes too big. I don’t know if it was a joke or if she thought that was my actual size, but our family laughed about it and I put them away in the back of my dresser drawer. Of course I had worn a pair for the first time that night. Oh my God I am wearing gigantic underwear, I thought with a neutral facial expression as I stared at the ceiling of the ambulance. But nobody made fun of me, which I thought was nice.

The ambulance started moving, and no one rode in the back with me. I guess they all crammed into the front seat. I lay in the back, tubes coming out of my arms, something wrapped rigidly around my chest, the lights very bright and everything above my shoulders still feeling wet. There was a hard, strong-feeling device enclosed around my throat so I couldn’t look anywhere but straight forward, directly up towards the white ceiling. The siren made my immediate location feel very far away from myself, like my current human form was someone else’s and she was sprinting in the opposite direction.  The back of an ambulance is the loudest and most silent  place I have ever experienced. It was lonely.

Once we arrived at the emergency room entrance of the hospital, I was wheeled out of the ambulance and through hallways, everything still strikingly fluorescent and sterile. I looked up and into the faces of people looking down on me as we wheeled past them, not caring what I looked like because I knew I didn’t look like me. I knew my face was covered in blood and dirt and nobody would ever know who I was. I was just another body.

In the emergency room, everyone was a lot more frantic and concerned-seeming, which made me feel much more comfortable. Fuck those EMTs. Fuck them and their diligent, quick efforts, their calm, smiling faces. Fuck their assuredness. I’m not okay. Someone fix me.

The nurses and doctors poked me in different areas and asked me what hurt and what didn’t and finally I said, “The back of my head, I think the back of my head is bleeding.” At least ten hands lifted me over to my left side in an effort to keep my spine straight as they looked at my head. I felt the now-familiar pain in my abdomen and just accepted it as a part of me now. I helped steady myself by holding tightly onto the hand of a young nurse who had crouched down next to the bed. My face was only a few inches from her face, and even though I knew my face didn’t look mine, she looked at me with eyes that conveyed intimate recognition.

I tried to make my eyes say “Thank You” in return. I felt cold water on the back of my head and someone said, “We’re going to give you some shots, it won’t hurt too much,” and I registered needle after needle pricking my scalp. The nurse in front of me squeezed my hand and said they were going to staple my head, but I won’t be able to feel it because of the anesthetic shots. I nodded, and then I heard the staples. I felt them against my head, pushing forward and into my skull, but I couldn’t feel the actual staples. Just click click clicks of pressure, titanium and bone being pushed forward in tiny jolts.  And finally, for the first time that night, I started to cry. The tears streamed sideways down my face and into my hair, mixing with water and blood, and, in an almost completely defeated voice, I said, “I’m really scared.” The nurse looked back at me, her hand still holding onto mine, her face so sad. It made me feel safe because I knew our faces matched.