Body Map: Memoirs of The Sick 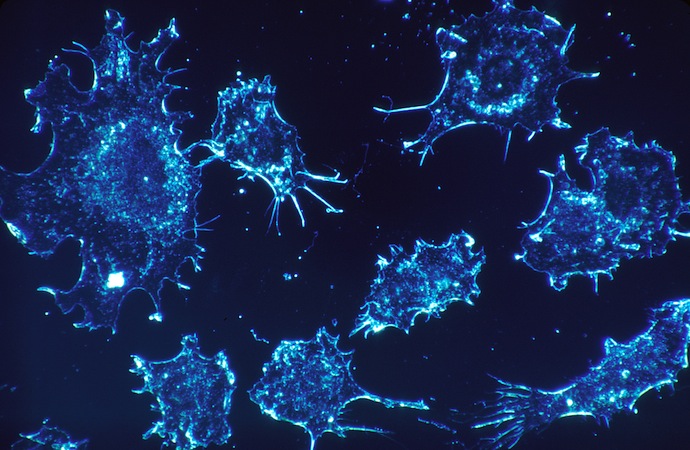 I was too sick to read Roberto Bolaño’s “Literature + Illness = Illness,” but I was grateful for the title. Thank you, Roberto Bolaño, for understanding that the sick need your writing, too, even if they can’t read past the first line.

That title was enough; it permitted me to ignore the lamer memoirs of suffering that, when you have cancer, tangle verdantly with the tinctures and salves by your bed. One suggested I get a pet turtle? Another endorsed a popular juicer.

I dismissed them by composing a poem called “The Memoirs of the Sick,” based on Mary Ruefle’s “The Philosophy of the Astonished.” Her poem starts:

I don’t know how the astonished can have

a philosophy since they can’t speak

You get used to canceling plans. To not having the energy to even imagine.

In college, I’d read Illness as Metaphor and The Body in Pain and Darkness Visible, and I knew about Kant’s gout and Bernini toasting his marshmallowy hand to acquire a likable look of agony. And, during an ailment that first acquainted me with Ensure (constant companion to me and so many others), I’d depended on Grealy’s Autobiography of a Face and Manguso’s The Two Kinds of Decay, so I knew things could be said about suffering, and that to read them could offer—not relief, exactly, but allieviation. Less salvage or salvation than salve.

And yet, as grateful as I was to receive any mail, any proof that folks had not forgotten me utterly, I couldn’t stomach most popular accounts of affliction and insight.

But, hey, by that point I was missing most of my stomach!

Problems with memoirs of the sick:

• Treating narrative as a structure, rather than a struggle

• Showing affliction then insight, as though insight picks up affliction in a shiny van from the tetanus-heavy parking lot of the roller rink

• Isn’t every work of art about suffering, perhaps? So illness memoirs are redundant?

What I wanted from memoirs of the sick:

• You can have any insight you want, but then you are still a body in time, in Netflix, in morphine, in the disheartening and unmoderated online forum of the heart

• Narrative should be sensitive to the ways in which telling a story, believing a story, seeing yourself in a story—all that depends on an ability that can be hard to maintain when your body is changing, brain fogged, pain deep

• I mean, didn’t I often wish for the ability to believe in a story or an idea, to believe it could stand to the bandages and scans, more than for a specific story or idea?

• The real subject should be dealing with time

So I did what I do and remembered poems.

My method was to establish myself in the backyard and remember poems until I got a little ecstatic, then I’d collapse. The rest of the day, the ceiling fan kept me alive.

One poem I remembered was “Cries” by Henri Michaux (trans. Richard Ellman). It starts:

“The pain of an abscessed finger is excruciating.” But Michaux—it would be foolish to call him “the speaker”—can’t cry out, because he’s in a hotel and people are sleeping.

So he pulls “great drums, brasses, and an instrument which had more resonance than an organ” from his skull, making a “deafening orchestra of them.” In this pandemonium, he begins “to scream for hours on end,” gaining “some relief.”

Is the point of “Cries” that art can hide suffering? Or that it can convey it, secretly, in a volume that exceeds and contains the original volume of one’s cries?

No, I think the point of “Cries” is that we are suddenly altogether elsewhere, via the ordinary instantaneousness of the imagination, not in a metaphor, but in a poem. The trepanation of the orchestra from the skull seems almost painless, though not without suffering.

I first read “Cries” in a park in Paris, killing time before my friend got off work.

Is that the kind of thing that still happens in the world? Is there still somebody carrying around a cantaloupe he will eat while reading Henri Michaux?

Another poem I remembered was Robert Hass’s “A Story about the Body,” mostly because I liked coming up with juvenile alternate endings.

Like, how about instead of “rose petals were on top; the rest of the bowl—she must have swept them from the corners of her studio—was full of dead bees”

“rose petals were on top; the rest of the bowl—she must have swept them from the corners of her studio—was full of miniature balsa wood condoms?”

So I did what I do and wrote poems. One began:

The curtain is close enough to reach,

which means the world

Another problem with memoirs of the sick: Their presentation of coherent autobiographical personhood, which, in my experience, illness disrupts. Because of becoming (a changed) body, becoming disease and its doctors, becoming fragile and scarred.

This idea is basic: the pain I feel, the exhaustion, is worse to me than anyone else’s, because it is my own; and yet, during any moment of suffering, I also understand that your (or somebody’s) suffering must be worse. Person with one leg pushing his wheelchair backward. Person stopping every two steps and stretching in a way that can’t be right. Person in country of suffering. In family of. In suffering’s quiet conventions. In suffering’s family and country and conventions.

Therefore, in a better memoir of illness, the self would become multiple, roving, restless, empathetic, and also anchored to its abysmal sensations, in which one has no qualities of character, no history, no mind, is strangely receptive, in annihilating and expanding senses?

Listen, there were types of pain I even—“welcomed” isn’t the word, exactly, since what choice did I have? But I was grateful to have them. In some, I thought of my father, who had died from a similar illness a few months before. I was grateful to feel close to him by feeling a similar pain.

Another of my poems started:

The best singer knows only

one song at a time

Another thing I wanted from memoirs of the sick: Could you acknowledge the strange ways in which pleasure, particularly ridiculous pleasure, can prepare one for suffering?

Like, when I was learning to have a body again, after surgery, I remembered a night P. drove me to a field of lightning. High spirits: I could have vomitted, shit, fallen among the alfalfa and fireflies, and it couldn’t have mattered. Easy, ridiculous. I could have started bleeding, or singing, while I listened to P. count between flash and thunder.

I braced myself in the hospital—bleeding, falling—and pictured that field. I imagined a flash, pictured P., counted.

Or like riding a slow train with S. through a heatwave, another country, a summer. Hours in, we found an improbable plexiglass compartment, in which it was hotter—so we sealed ourselves in it. Drank hot white wine, smoked, traded clothes? Why not! Easy, ridiculous.

An Italian puppeteer joined us. We were in heated agreement about the necessity of chaos in art, especially in landscapes, especially in regions of historic dairy production…and I realized he wasn’t saying “chaos” but “cows.”

Is that the kind of thing that still happens in the world?

Thank you, ridiculous days, hungover, jetlagged, absurd. I got through you, somehow, so maybe I can get through this one.

I had other preparations: a woman placed stones on my body, as they had to her in the desert. It was supposed to sink you into the earth, teach you endurance, and then the stones would be removed, and you’d feel yourself rise, levitating a little.

At the time, I felt only her hands. Through the stones. Her hands touching me via the stones.

A decade later, in the hospital, I felt the sinking, then the rising. Thank you, person I didn’t know how to love at the time because I had to learn that kind of loving by failing at loving you at the time.

Another thing I wanted from memoirs of the sick: to see the severe joy I felt, in recovery, that was distinct from the gratitude of surviving, from animal fondness and the world coming back, and that was very different from anything like redemption.

I tried to describe it to a friend.

I was too sick to read William Blake, but I was grateful for my friend.

If I were writing a memoir about the body I would write about a time I tried to board a plane in another country, and they had no record of me, but then the plane was about to leave and the person at the gate told me I was beautiful, and touched my arm, and let me on, and the body would be the plane and the gate and the person touching my arm.

The other way to swallow rocks is you chew

until your teeth wear down and the mouth