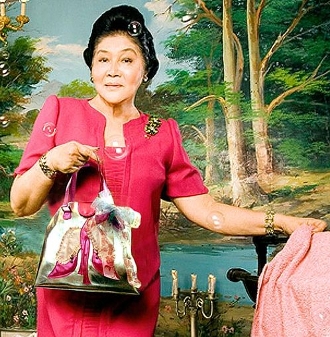 When Disco Was the Soundtrack to Martial Law: David Byrne, Fatboy Slim and Imelda Marcos

During the 1970s, disco was wildly popular in the Philipines. Imelda Marcos had a dance floor complete with mirror ball built on the roof of the presidential palace and when visiting New York made appearances at Studio 54. Fittingly David Byrne’s double album musical biography of Imelda is backed by the clubby beats of Norman Cook/Fatboy Slim. While Luis Francia finds much to like in the music, he asks whether the project called for a darker edge. Is Here Lies Love an epitaph for Imelda’s tombstone or for those of the unknown numbers killed by the Marcos regime?