A Real Boy At Last: A Discussion with Artist Oscar B. De Alessi On Youth Culture, Representation, and Suicide

Baudelaire once claimed, "Woman is the opposite of the dandy." Artist O.B. De Alessi begs to differ. By combining figures like Oscar Wilde, Goethe’s Werther, Michael Jackson, Hamlet and a cat with the ability to predict death, De Alessi has crafted herself into a highly accomplished dandy with the added modern accoutrements of internet celebrity and suicidal ideations. 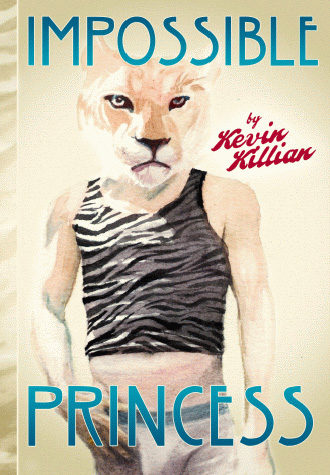 Just in time for ‘Best Of’ lists, 2009 has been a hell of a year for writer Kevin Killian. Heck, he’s been blowing up this whole decade with some of the sharpest, wittiest, and most prodigious work of any writer in American Letters (though you still might find a lot of his words freely given in reviews on Amazon.com).  As a San Franciscan for many years, it’s fitting that Killian’s latest collection of stories – Impossible Princess, one that mixes out-of-print material with new, darkly mature tales of desire and danger – is out on City Lights, the imprint that has defined the San Francisco lit scene for over half a century. Jesse Hudson reviews.