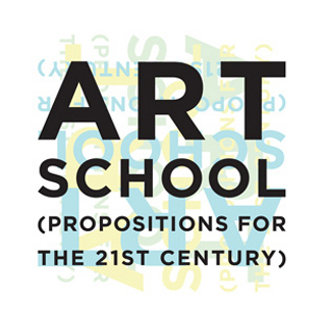 A plentiful supply of images, music and video are offered by the bandwidth you’re using right now and so contemporary art seems increasingly interested in offering something that the internet cannot: experimental settings in which face-to-face community can occur. If the marketplace, the church and the school have been traditional public gathering places, school is certainly the model that has been most readily adapted for art experiments. With an array of contributors, this collection presents rad examples of school-as-art-project as wells as challenges to the underlying assumptions of accredited art schools. While the collection’s purview is primarily community projects and MFAs, it seems worth noting that, with state budgets strapped across the country, public school arts education — like the perenially murdered Kenny of South Park — is once again on the chopping block.

Inspirational Critique: a conversation with Malik Gaines and Alexandro Segade of My Barbarian

I first saw My Barbarian perform as the grand finale of Liz Glynn’s "24-Hour Rome Reconstruction Project (or Building Rome in a Day)" at Machine Project here in Los Angeles. Compressing the 1200 year history of ancient Rome to 24 hours, participants built an impresive scale model of the city, from cardboard and hot glue until at the stroke of midnight My Barbarian arrived in the role of Visigoths to sing and perform while participants destroyed the replica they had spent all day creating. This is just one of the many historio-critical-performative-collaborative projects My Barbarian (Jade Gordon, Malik Gaines, Alexandro Segade) have been a part of. Jesi Khadivi, curator of Berlin’s Golden Parachutes gallery, interviews. -BB 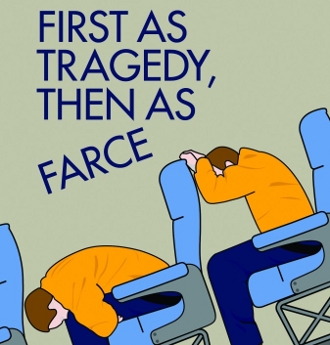 First as Tragedy, Then as Farce by Slavoj Zizek

In his review of Disney’s High School Musical, Fanzine contributor Kevin Killian wrote of the film’s male lead, "Ryan’s outfits are maybe one or two sizes too small, so that he seems to bulge in unseemly places all over. I think of that as the intellectual look. You know who has it, that kind of stuffed sausage sexiness? Slavoj Zizek of course. I could eat them both with a spoon." In her review of Zizek’s approachably sized new work on the economic crisis, Jesi Khadivi, curator of Berlin’s Golden Parachutes gallery, will instead leave you with images of the Slovenian philosopher’s tendency to over-salivate.