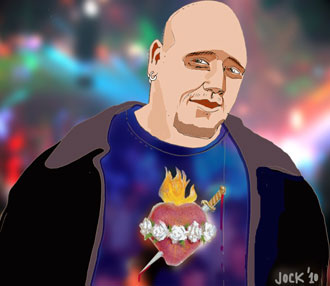 George Orwell recounts his experience of being shot while fighting in the Spanish Civil War: "Roughly speaking it was the sensation of being at the center of an explosion. There seemed to be a loud bang and a blinding flash of light all round me, and I felt a tremendous shock––no pain, only a violent shock, such as you get from an electric terminal; with it a sense of utter weakness, a feeling of being stricken and shriveled up to nothing." Here Frankie Clinton describes what it was like to be stabbed while working as a bouncer outside a Manhattan night club. His advice on human interaction is essential reading for any potential bouncers out there and for fans of workplace tourism. Learn more about Jennifer Blowdryer’s 86’d project here. 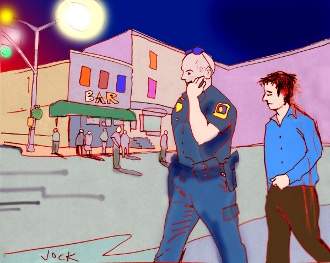 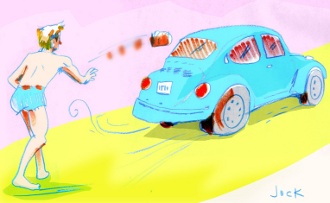 Over the last several years, Jennifer Blowdryer has been conducting an oral history project of friends and acquaintances who have been 86’d — kicked out and never allowed to return — from various places: restaurants, bars, apartments, houses of celebrities, computer hardware stores and others. In this first of three installments Sammy Reid talks about one of his many evictions and Jeff Dickinson tells a tale of lost shoes, stolen gas masks and the Bellevue psychiatric ward.