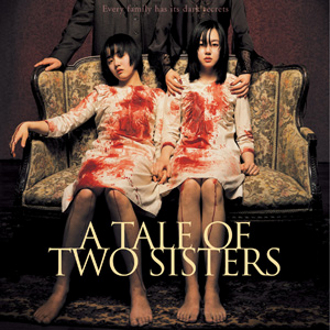 Alfred Hitchcock either popularized or created the term "MacGuffin" to describe any highly valued object that sets the plot in motion: the ticking bomb, top secret microfilm or the stolen necklace. Is it a stretch to say that in a romantic comedy, the completion of the romantic union is a type of MacGuffin? U.S. films often trot out romantic or sexual union as kind of plot device, while several Korean films I’ve seen seem to use the re-completion of the family unit as one of the central concerns. Director Bong Joon-ho’s excellent 2006 swamp monster film, The Host revolves around a family getting their daughter back after she’s been eaten by a giant mutant squid and dragged into the sewers. (Fittingly, Bong’s latest film which opens next month is titled Mother.) Kim Ji-woon’s particularly unpleasant depiction of "blended" family life, oddly helped Emily Carter, author of Glory Goes and Gets Some, to heal the wounds in her own.