AT THE CENTER OF THE WASP 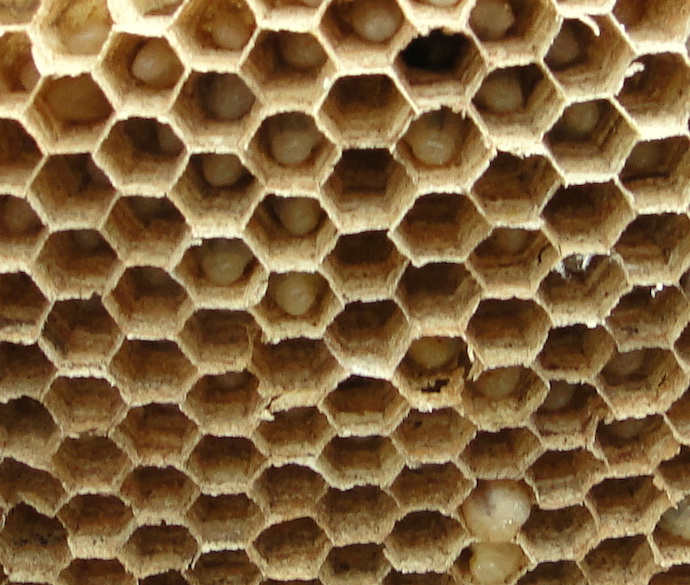 I had to go back there to bury him. The fucking ground wouldn’t give way. It was rotten, so I would have thought it would be soft.

There wasn’t even any cement. Aggregate of hair mixed with mud, slapped on with a shovel, with fallen limes rotten on it. Horses festering on rotting hooves dropped shit upon previous shit. The flies. Nothing moved, but always there’d be a buzz coming from green stases of water. Life rearing up from the bottom in slimy bubbles. Blooms drooping, falling rotten on the ground, becoming the rotten ground. There, on the island, one thing becomes clear: that the earth is made of shit and rot. Shit blooming into being, being, then falling into a pile of shit for the sun to shine to dust. And another, secondary clarity: that we are creatures made to find the blooming shit pretty.

The dust was where people there walked. Paths, not sidewalks. Not along the sides of things, which had no clear centers or boundaries, but through the mixed-up muddle of it all, the chaotic plots of homes and markets and shops, churches and mosques and chickens, holy and mundane gnarled with roads that were compactions of dust, which was dirt that was shit once, flowers too. Every living thing a mongrel of every other, or, as he once put it, A bunch of fucking mutts.

The sun, a machine for turning shit back into the shit it had been. Shit that was once flowers became shit again. The flowers therefore were garish, and held within their centers—the flowers had centers, to attract a kind of wasp—a knowledge of rot that they transmitted as succulent oversweet odor. People sucked in this knowledge through their noses, to their brains. Wasps inhabited the centers of this knowledge and wove out of its nectar death-gray nests in every cavity and corner. Every cavity and corner held a shelter for the inhabitants of the center of the knowledge of rot, death, and decay. Tourists said it smelled like ylang-ylang. They said it smelled expensive. He sold them this knowledge that it was expensive, what they smelled, the smell of rot, in small bottles they brought in tissued boxes back to states where they held mortgages, jobs. This was the progress of knowledge in a global economy of income inequality, he claimed. What he was selling them was a weapon, and his death interfered not at all with the process. Post-mortem, his racket went on from a small shop made of hardened shit in one of the corners of chaos behind an abandoned pomade factory, one of the better neighborhoods of the island.

The island was a turd floating in the murk. It was fecund. He joked that he was a wasp, exactly like a wasp, living in his gray corner of a world built on death, dealing in the profuse knowledge of such yet claiming it to be anything but. Claiming it to be fertile, life-giving, romantic, friendly. Claiming it brought love, success, and admiration to all who dabbed it on their temples. The Western obsession with the temples, he said, the mind, all that. Lots of psychiatrists, he said, visited the island during their wintertime. Do you know what a great chasm of death the ocean is? Yet they fly across it to lie on the edge of it naked. They were youth itself in their feeble, trusting senescence. He would price the little bottles of scent as high as could be maintained by the wasps, the flowers, the shit, the flies, the horses, the sun all working in disordered tandem to make him a little bit rich. A system, he said. I am a system, he said, at the center of the wasp.

A fucking pollinator, he other times called himself, which a wasp was not. I got tired of listening to him—living with him was enough—and walked on the paths of compact shit, admiring the horses’ stillness, the steam rising in blasts from former blasts, hot air emitting more hot air, horses no longer horses but gaseous clouds surrounded by unmoving billows of meat-eating flies feasting on each other’s wings. The original horse effaced by the cloud of rot that would come to envelope and feed on it. I saw myself in this microcosm of rot, I took the position of the horse no longer horse but a breeding feast of decay. A horse could become any number of flowers people would pick and admire before the rot got them too, though they never admired the rot—and in this, he said, they were misguided to his advantage, because in his scents he put a preservative that went against the whole progress of the place, the movement from rot to rot. My scents never change, he said. Unearth a corpse wearing them and you’ll find the scent is the same, even as the flesh decays. You can never kill me (him saying this) because death is how I live.

Well, he died, and the fucking ground wouldn’t give. It didn’t know what an inch was. But eventually I got a grave shape dragged out of it that I put him in. On the island you’re not supposed to bury the dead, because the ground isn’t deep enough to keep them from roaming to other lands. But the ground was already made of the dead and decayed, so I didn’t see what the difference would be. Also, since he had thought of himself as his scents, especially in his late years, and they were preserved so that nothing of nature could change them, I thought he should be added back to the process, let him decay beneath the flowers that had made him wealthy, let him become the stuff he liked to say he already was. See if his corpse altered the process. See if anybody could detect the dead creator in his scent. Dab him on your temples, wear him out to dinner, let them say you smell exotic (how easily “toxic” becomes “exotic”!). See what kind of future he attracts. I had no plan to keep the business going, but he had left it with someone who understood what he’d meant, I think, by “system.”

The little hollow I tucked him in was by the old pomade factory. The once-factory was inhabited by feral cats that had patches missing from their faces. They hissed at me, then ate from my hand whatever I offered them—bread from the market, some bits of fish. Certain ones seemed more like people than other ones. These I probably fed better, though I don’t in general regard people highly.

Yet there’s a certain bias. For instance, why was I there, digging a hole in an island made of shit? Because of blood. Because I shared a little of his, and was therefore part of his system. And before all of that I guess I was part of him—him plus a woman, though he always said she was dead.

Evelyn’s book of short stories was published by Ellipsis Press in 2015. In 2017 Publishing Genius published The Aleatory Abyss, a long essay. Other writing has appeared in Catapult, Utne Reader, BOMB, Conjunctions, and elsewhere. More about Evelyn’s work is at www.lispservice.com.