AN ESSAY ON THE SIEGE 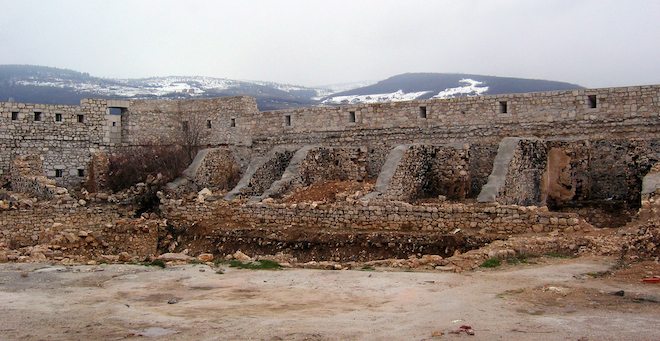 The barricades were far away when the sinew of system’s rule
Pit me up against my friend whose politics I’d suspected
But managed to avoid until the bombs began to fall. Ruined
Aftermath of monument, lodged deep in throat, the cubicle
Enclosed my tongue-splayed spectacle as it lay bare, or bare
– ly consonant with itself while the alphabet, aroused & unwieldy
Expands the limit’s extremity, the law now incarnate in the PD
– ’s baton & shielded horizon where our bodies press the gown
A forced caress. So absolute a distance haunts this proximate
Closeness turning my feelings into gas, the sublime state. Or maybe
It’s the other way around seeing how my GPS app tells me there’s
Someone closer to my own location than myself. Our convers
– ation was void from the start, cunningly masked as common
Sense whose unfailing power the situation so perfects or perfect
– ly harnesses, the way the war has harnessed its own image and
Disfigures my voice inside each contemporary object, the poem

Where inaudible logics of death & expansion find hospitable
Repose. Whatever autonomy my writing falsely promises liquid
– ates in endless yearning, sweet sentiment of the dying world
I keep hearing about, dreaming of everyone I love turned back
At the line between ‘free zone’ and ‘siege’ like the tour guide said
In Sarajevo where unaligned forces once called for appeasement.
But that was long ago under Clinton when state sponsored human
– itarian aid was better prepared to mask the moneyed squeeze.
Would that I were only able to take revenge on my dumb interior
Whose squeezed interests here join strategic targets there, securing
My self or at least its image to a state of nature. I guess that’s a theory
Of personhood. So I close my eyes, summon pictures of his body
Getting off on these sad feelings. The bombs were already falling
On [ —— ] in accord with figures of justice whose social
Congruity with public opinion produces these stressful torsions

My syntax, unconvincing, the embarrassing tics, a social stutter
Masked by product or its negation as my skin breaks out in fabled
Currencies undermining each position, these zones of tacit agree
– ment, a whole archipelago of reason’s debris dissembling more
Familiar forms of speech or a blank in the world system where
Every cry reduces to the known & measured, so dismissed.
Common places erode as quickly as they harden around
Disguised command, whatever promises to bring me pleasure
The ruin of money itself against whose pricing surface my poem as
– sumes a form of emergency management, clinging to its private
Effects. Boys garnish dreamy signs withdrawn from use, the wound
Itself an index of event, this vacuole, my error, a gurney where the
Body lies. It’s still unclear what meaning the poem conducts, how
One thing fattens as another lies prone for feeding. Just tell me
What square to be at now that all my friends are gone, like every

– one’s sleeping off defeat whose premonitions haunt my gestures
In advance to parry the coming blow or at least not give in to it
– ’s dumb nature. Okay, the poem might fake a feeling or cop a feel
From which it turns to blush as familiar moves & vulgar meanings
Pool in excess of what makes my movements sing. I have a song
About his hair I’m anxious to sing for you, but it’ll have to wait. Sure
Carnage over there relates to obesity here, but this eludes my analysis
The way a detainee’s own study in hunger hangs upon my fable
– d meat. Between human rights, force decides the way it always has
But my tongue, still splayed, makes me incomprehensible, a needle
In a dusty groove, his body coming back in a shipping box again
And again, tracing the routes of all my agile products from forest
And factory hewn as they measure my body’s place and coin
– cide with the park, a riot in color & light, auratic haze, his belly
Riddled with holes, my pillow. A soldier’s piss, warm broth in my
Throat, a sweet digestif after horror & debt, wherever I can have his
Fire being where I’ll have it. This is how I give myself away, naked
Before the other, a risk adjusted exposure conned by branded terms

Joining spirit & bone, commonplaces I name myself the way a blank
Floats thru my verse, patient sinew of that spasm, becoming song
The one I mentioned, being of his hair, I haven’t forgotten it
His gentle fat whereupon I love to sleep, there being no reasonable
Utterance, no hope in speech without excluding someone I might want
To persuade, like you, or naming myself as one persuaded as if I could
Name anything true about my own condition whose appearance fails
The poem’s perception. Being a hazy form of apprehension, my half
Awakened sentence can’t bear witness to impossible voids [ —— ]
Where the bombs keep falling and cries never cease. But even this
Arousal sings the failure of rational distribution as fantasy engulfs
My form being impress of that absence, ruse of my wellbeing. On

What side will the poem side in a world that’s subsumed every
Side. Someone said the future lives lodged in the present’s contra
– dictions, another vanishing moment disappearing inside idiot
Stone whose consciousness I find myself regaining on the toilet
Of a transatlantic flight, desperate for a form to help me manage
My feelings, conditions having rendered my friendship otherwise
Impossible. I’m still astonished to be standing here, writing
Without experiencing my incontinence as an effect of lousy
Planning, imprudent investment recalling the way I once had
To empty my bowels before entering that sex club at 1808 Market
With nowhere to go before paying the fee. But that was long ago
Before the city changed and my friends began fucking online.
Arguments like these merely function to affirm the most
Depressing triumphs of common sense confirming things
Already here, all our digits having become obscure prostheses
Of militarized event, vehicles of tinted flight before which I
Lurch from occurrence to occurrence, desperately
Making all these stupid calls

—to the dead in whom this dream will not come true.