ALIEN OF EXTRAORDINARY ABILITY: An Interview with Maria Minerva

A fact that not everyone knows about me is that, since 2013, the document that authorizes my legal employment in this country is the O-1, the nonimmigrant visa granted by the U.S. Citizenship and Immigration Services to individuals who possess some “extraordinary” (by definition of the USCIS), if not necessarily marketable, skill.

The O-1 in some cases is easy to obtain, in others difficult. I don’t believe that Dirk Nowitzki or Justin Bieber had much difficulty in persuading the USCIS to approve their O-1s. But most of the 10,000 or so recipients each year haven’t won an Emmy or a Grammy or an NBA title, and for them (us) the process of compellingly documenting an ability that may not lend itself obviously to being documented can become an exercise in maxing out on paperwork.

In a forthcoming series of interviews for Fanzine, I’ve asked a few O-1 applicants who succeeded in the process how they made their case and what they’re doing now. Leading the way is the amazing musician/environmentalist/writer Maria Minerva aka Maria Juur, who received her O-1 in 2014.

If you’re bringing yourself up to speed on Maria Minerva, be sure to check out her “How to Solve a Problem Like Pitbull,” along with all the musical marvels in the whole extraordinary oeuvre. 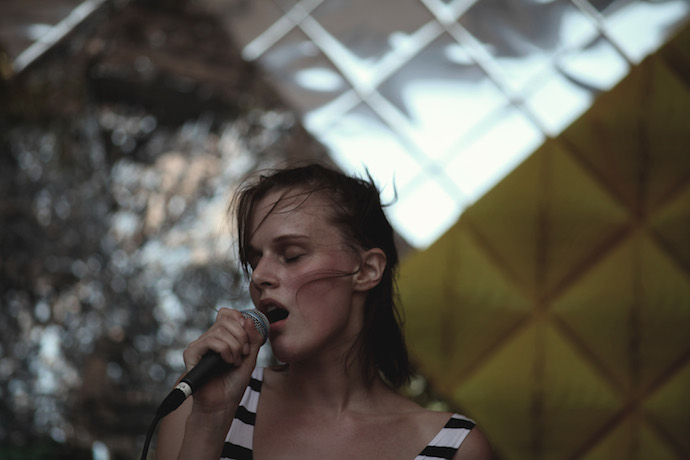 FZ: Let’s start with your music. What projects are you working on now, what have you done recently, and what are you planning for the future?

MM: I am currently taking a break from recording solo music to focus on building a life in LA. Doing a few DJ gigs and shows here and there, but I got involved in the field of environmentalism this year so in the past month I was actually doing stuff such as participating at a climate rally in Washington DC (organized in conjunction with the Pope’s visit to the US), and tomorrow I am going to be at the LA City Council, testifying for a resolution against the Dark Act, the bill that would prohibit GMO labeling on a state level. So it’s pretty different from what I used to do for years, aka playing weird shows at dark concert venues. But I am learning, so that’s good. I am also trying to – finally – learn how to beatmatch vinyl. I don’t care about the medium that much, but I guess collecting vinyl again is part of a larger settling down process that I am going through, and it feels oh-so-good. I am also the editor-at-large of the next issue of Marfa Journal, which is exciting because for the last issue I got to interview Mr. Hustler, Larry Flynt.

Post-teenage angst is what made me wanna leave. I grew up at a concrete block building  in the suburbs of Tallinn, not the nicest surroundings, so growing up there I was like “I’m gonna move to New York!” And I did. So that worked out. Estonia is a monoculture – an interesting one, but still pretty mono – so I wanted to know what else was out there. I did NYC for a few years and then decided to escape the cold and the high cost of living. So I moved to LA last year. Little did I know that LA is also gentrifying at high speeds and it’s not that cheap after all. But it is indeed warmer. My parents always supported all my decisions and they have never begged me to come back. I definitely didn’t try to escape my childhood or anything like that. But I guess I was bored. 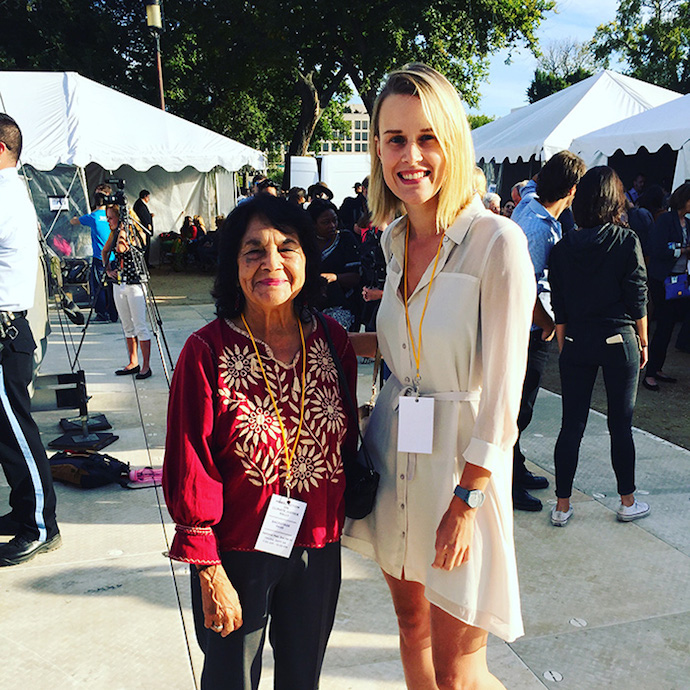 Now that you live and work here, what’s changed about your perception of the U.S.? How has life here compared with your expectations? And how does it compare with the life you imagine you would be living in Estonia, if you hadn’t left?

USA is a very interesting place to everyone who is not from here. Most Americans I know would do anything to escape to Europe, but grass is always greener on the other side. At this point I think it’s pretty much the same everywhere; at least Europe and USA are very similar, except that the US doesn’t have good free education, nor healthcare, and 90% of the food is genetically modified, aka comes with residues of cancer-causing herbicides (at a time when a lot of European countries are banning GE crops). I am glad I didn’t grow up here – USA is a horrible place if you don’t have money. There’s a lot of institutional racism, nepotism/old money – which really pisses me off. It’s really not that hard to land a good job if your parents can support you through five unpaid internships to get you there. Whereas others (including myself) have to work their asses off and still only progress at very slow speeds. Not to mention everyone I know has about $100k of student debt. America and Americans are more fun though. Estonians are very grumpy at all times so now when I go back home, so I feel the difference. I think I have loosened up a bit. Maybe this overall feeling of precariousness is what causes people to be more chill?

How did you go about making the case for your “extraordinary ability”? What were the most challenging aspects of obtaining the visa?

I love bureaucracy. Or rather – I like setting an impossible goal and achieving it. So that’s what I did with the whole immigration process. I had two O-1 visas and was able to finally get the same type of green card last year. Every aspect of getting the visa was challenging, yet I was surprised in the end about how easy it was to get overall. The myth is that it’s impossible. I am not famous, I don’t have money, don’t have family here, didn’t have a job offer, and somehow I was able to make it work with the contacts I did have  – aka an indie label and an agent. My green card application was about 300 pages of press and portfolio stuff, and reference letters. I had to ask a lot of favors for this one, I think around 25–30 people were contacted, either to write a reference, or to translate press, or help with whatever. It was also years of work archiving every single piece of press I got. Yoko Ono and John Lennon had the same visa/green card, so does Gary Numan and every other foreigner I know here. Some of my closest friends are on O visas. So not saying it’s a breeze, but I was definitely intrigued by how badly the US wants the brains here. Somehow they invest in your potential as well – they want to see prior recognition, but the whole point is to have people who will continue to work and contribute to the society. I’m trying my best to not let the Department of Homeland Security down.