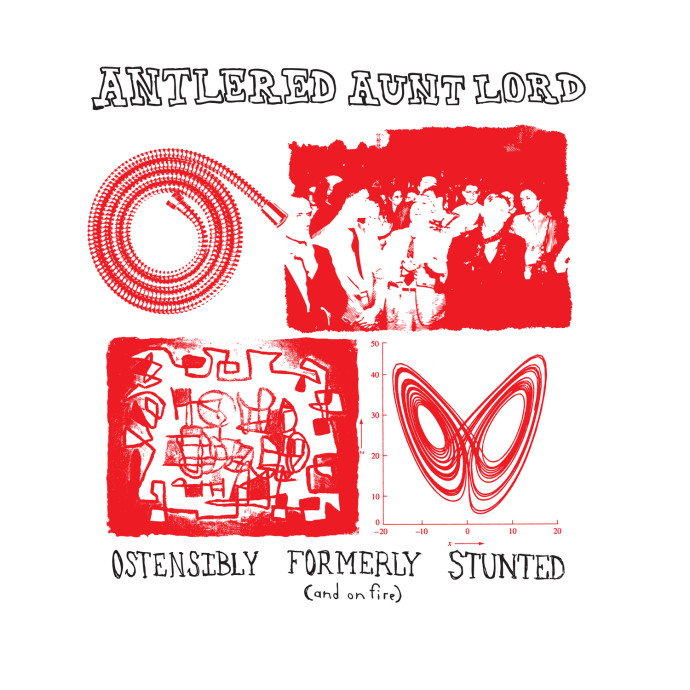 Sometimes I wish The F-Z had a comments section. I miss the anger and the threats I used to get back at the old place. When someone says they’re going to kick your ass because you don’t like Julia Holter, that’s when you know you’ve made a difference. Anyway, this month is, aside from the Grimes debacle, mostly posi-vibes as far as the eye can see. Maybe this month’s inbox will be filled with love threats instead of death threats.

I went to see Ed Schraeder’s Music Beat this month. Of course this is Athens, where shows never start on time, and so even though it was a weeknight ES’sMB didn’t go on until 12:30am and neither I nor the person I was with have a life right now that allows us to stay up til 2 in the morning on a weeknight w/o facing Serious Consequences. But even though we had to split, we still got our money’s worth b/c one of the opening bands was this thing called The Gurgle Twins that sounded like a cross between those ‘Phish Shreds’ videos you see on YouTube, and Capt. Beefheart, which is to say that they sounded very excellent indeed. It was freaky and fun and totally unexpected and it made my week. It might be the best new thing I’ll hear all month and should serve as a reminder to all of us that the world is full of strangeness like a rich painting and sometimes the only way to find it is to leave your house. Because while the grid delivers a lot to us these days, it rarely delivers surprises.

That said, so much astonishingly great music came out last month that we should all be grateful to still be alive to hear it. If only we would listen.

All albums scored on the binary scale because zeros and ones are how your mom tells you she loves you. And just so we’re clear, these are albums that came out in November.

Maybe I shouldn’t write about this because I know the people involved, but if everyone in NYC had sticky ethical qualms when it came to writing about their friends then the culture industry as we know it would cease to exist. Every music scene has a reclusive genius who spends their days living on rice and immersed in art, but none of them make music as strange and sweet and melodic as this. This is simultaneously the greatest GBV album ever made and the greatest Black Francis album ever made, and quite possibly the greatest Carter Family album ever made, which is all a very fine thing indeed.

Misplaced Hype of the Month: 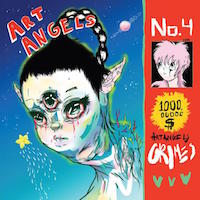 Technically, this didn’t come out until December only because the vinyl places were too overwhelmed pressing up unnecessary major label reissues like Springsteen/Eagles to work it into their schedule, but in November it was already streaming and the PR train is already talking about it incessantly.

Everyone wants this album to be special—everyone’s rooting so hard. It’s amazing to see critics prop this up on the back of Grimes writing/producing/playing the songs when the same critics insist those things don’t matter if an artist isn’t doing those things, but then 21st century music criticism isn’t about having opinions or taking sides, it’s about covering all the bases to try and sell records—advertising dressed up as insight—and it’s duplicitous as fuck, hucksterism incarnate.

Anyway, I can only speak for myself, but Art Angels feels like an underwhelming disappointment, and it’s taking me forever to figure out why. For one thing, the vocals are higher in the mix and more clearly enunciated, and yeah no one’s ever listened to Grimes for the lyrics, but her take on California is so banal it makes you long for the cultural insights of, say, Anthony Kiedis. Or to put it another way, Musician Grimes might be a hard worker, but Lyricist Grimes is unbelievably lazy. This sounds like a concept album in the sense that every song features a triumphant, self-empowering ‘I,’ very much like Grimes who is up against a negative, defeated ‘you’ who is very much like someone who doesn’t like Grimes. Which, you know, good for her and all, but most of these songs have all the faux-profundity of a butterfly tattoo.

And at 49 minutes, the whole thing goes on way too long and does a disservice to the handful of good songs (‘Flesh Without Blood’, ‘Venus Fly’, ‘SCREAM’, ‘Belly of the Beat’) by surrounding them under so much aimlessness & mediocrity. Two-thirds of the way through I start to lose interest, and by the end of the album I can’t wait for it to be over.

Or maybe ‘California’ is so terrible, the way it echoes the hook from that awful ‘This is going to be the best day of my life’ song. Or maybe I preferred the shadows to the stepping into the light. Or maybe the thing that made ‘Oblivion’ stop you in your tracks was the space, the silences, the occasional absence of sound. Every song here is crammed full of noise until the whole thing sounds cracked out & bleeding, coupled with a flatness—an occasional eQ pan is the only hint of dynamics—that makes the album sound unnecessary tight & claustrophobic.

It’d be wrong to call Art Angels a terrible album, but it’d be even wronger to call it a good one. 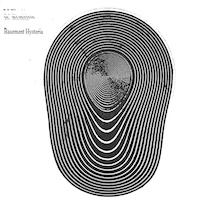 Avant-garde rock music from people who sound like they’ve mastered both genres. 4 songs in 36 minutes, you get amelodic melodies & amphetaminized slogs. There are two ways to face this coming winter: you can either try to distract yourself or you can submit, and PC Worship is a perfect soundtrack for looking that shit right in the eye—having a mind of winter and all that. So go ahead and drink too much, wear the same clothes for days in a row, and make a series of poor life choices. Basement Hysteria will understand. 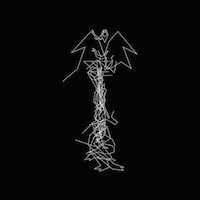 Most of this feels arrhythmic and irritating and ultimately cold, both more oppressive & vague than his previous work. And because the narrative isn’t driven by the lyrics there’s more room left for subjective interpretations, so take all this with even ampler grains of salt. But me, all I hear is winter roadkill—jittery, terrified, and ultimately dead—and while that does have a certain appeal, I get enough of that just sitting in a silent room alone with my thoughts. 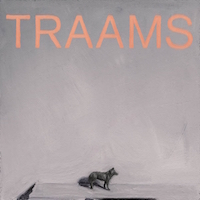 Not all that modern and you can’t really dance to it, but TRAAMS know that the blurrier you make your rock music the more likely it is to connect. Like a good pitcher, TRAAM changes speeds and gets you off balance just to put you away when you’re not expecting it. Vocals sound almost exactly like Dismemberment Plan’s Travis Morrison, which is weird, but if you need guitars with energy, the old sweaty cathartic tension/release, few people out there do it better than these guys.

Melnyk plays a hyperactive style of piano (‘the world’s fastest playing pianist!’) that gets washed in sustain until it turns ambient & drone-like, and as such is so unexpectedly moving/soothing that it’s able to grab you by the ribcage and shake the death out of you. Don’t listen while driving or else you’ll end up in the next state without realizing how you got there. 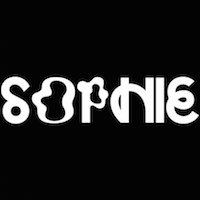 As much mimicry as subversion, the name of the album is CAPITALIZED to make a statement about the blurry intersections of art & commerce, or the loudness of mass culture, or the dildos/shoes/sunglasses for sale on their website—MP3s included, of course. Anyway, this is more stuff from the UK-based PC Music clan (not to be confused w/PC Worship), and as such offers hypermodernism at its finest, which is to say its worst. Everything all at once polishing every flat surface until it gleams with the suggestion of depth/death. Of course, it’s also nice to listen to—abrasive & catchy, sweet & strange—which is strong marketing strategy if you want to reach the handfuls of people out there who still believe in outdated concepts like ‘good’ and ‘quality’ and ‘value.’ 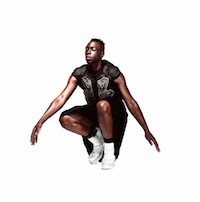 More a riot of sound that some kind of XY-counterpart to early 90’s femme-punk, though Le1f does manage to touch all the best political places. If he was as good a poet as he is a polemicist, this might trigger a revolution. Instead, it’s just a really good album. But on a day like today, with my flatscreen filled w/death & paranoia & a day dwindling of light, a really good album is something to be thankful for. Fightsongs for the hard of speaking.

An exhausting listen the way Enter The Void is exhausting to watch, but we’re living through an age of exhaustion so why the fuck not. This is the sound of your cellphone murdering you in your sleep and drinking your blood, and if Arca traveled back in time 30 years to play this to people he’d be burned as a witch. 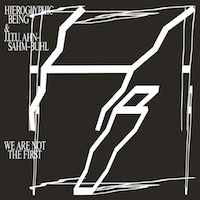 Hieroglyphic Being & J.I.T.U. Ahn-Sahm-Buhl – We Are Not The First (RVNG Intl)

Freeform chaos and beauty, extrastellar excellence. It’s the product of so many collaborators that listing them all might double this article’s word count, but imagine an afro-futurist DJ recruits some of the finest outre-jazz players, the drummer from metal band Liturgy, and a handful more to craft an album about how civilization is dying and we need to expand our consciousness and get the fuck out of here. So good you’ll want to sell all your Sun Ra albums because this makes them sound almost old-fashioned & quaint. 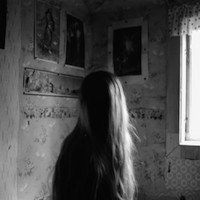 One of the most jarring things in Karl Ove’s ‘struggle’ is his unhinged, near-bigoted rantings about Swedish people (shitty, emotionally repressed, snobbish, community-centered) vs. Norwegian people (passionate, free, down-to-earth). I wonder if he’s ever heard Anna Von Hausswolff because not only is this record lustful, desperate, and so emotionally open it hurts, but it’s also made by a Swedish person. Imagine Angela Carter trapped in an ice-filled forest with nothing but a church organ and a straight razor and you’re halfway there. 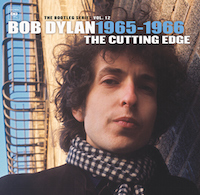 Since my line-graph of Dylan’s best recorded output would look like an inverted V with Highway 61 Revisited sitting at the top—everything before leading up to it, and everything after falling further and further away—this compilation of everything he recorded around that time should press all kinds of happy buttons. But it turns out, as with the Beatles Anthology reissues, that the versions that originally got released were released for a reason, and that reason is because the other versions aren’t nearly as good. Anyway, The Royal Albert Hall concert from this period crushes the overpriced entirety of this comp like a grape. Normally, everything in the Reissues section gets an enthusiastic 1 or else why even bother, but this one is a necessary exception. 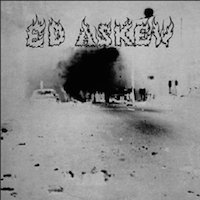 Frantic acid-folk from 1968. Askew accompanied himself on tiple instead of a piano or a guitar. And for those who don’t know (I didn’t), a tiple is kind of like a ten-stringed mandolin, except more resonant and droning. Drunk on language and passion and the universe, in his repetition and logorrhea, there’s echoes of Ferlinghetti, but way freer and less self-conscious. Tight, nasal, yearning, and totally unique. 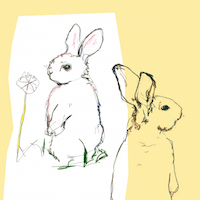 Hearing the songs like this, one powerhouse after another, drives home just how awe-inspiring Beat Happening really was. Dark and desperate in ways their acolytes never really understood, this compilation gets it right in a way few compilations do. If you’ve never heard them start with ‘In Between’. If you have heard them, go listen to ‘Godsend’ and marvel that humans made something so beautiful. On a morning where you’re suffering from lack of sleep and a lack of faith in everything around you, it will leave you in puddles and desperately wanting to say you’re sorry to anyone you may have ever wronged.