No Longer Exists: A Conversation Between Randal O’Wain and Jeff Jackson, Author of Destroy All Monsters 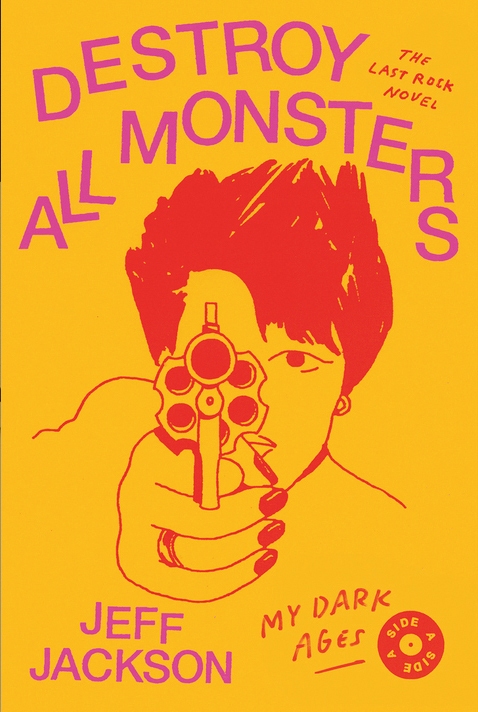 In a rash of unexplained killings, musicians across the country are being murdered on stage by audience members. The mystery behind this cultish violence is as enigmatic as the characters that press forward in spite of fear. With its cast of ambitious bands, yearning fans, and enigmatic killers Jeff Jackson’s new novel, Destroy All Monsters: The Last Rock Novel, out now, tells a haunted and romantic story of overdue endings and unlikely beginnings that will resonate with anybody who’s ever loved rock and roll.

Jackson will be a featured readers this week at the Letters Festival in Atlanta. Tickets available here. 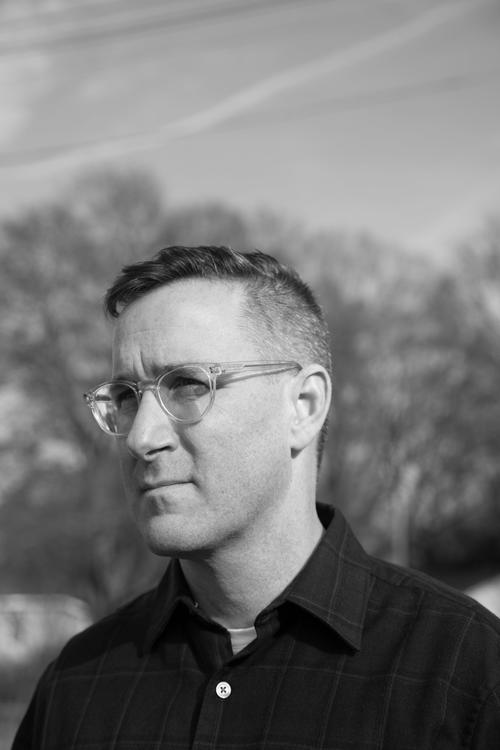 RO: Alex Chilton’s “Hey! Little Child” just popped up the moment I opened this document and because I’ve been thinking a lot about how I listen to music—as an indistinct soundtrack set to low volume in the corner of my small apartment—versus how when I was younger there was no volume high enough to satisfy my need to crawl deeper inside of a favorite song. And yet I do not feel nostalgic, nor do I read nostalgia in Destroy All Monsters. Instead, I find myself in mourning because I am not certain that the raw shock once found through music will return and I am not certain that I want it to. But this is the quintessential question of aging, I think, and one that I found myself asking while reading Destroy All Monster: How do we hold onto the radical curiosity that brought on such deep love for music and should we ever expect this act of discovery to happen in the same way as it did when we didn’t know shit about the world besides midnight bike rides with puffy headphones cranked up?

Jackson: J.G. Ballard has a theory that there’s a limited number of new experiences and influences that imprint and shape us and we should be careful not to burn through all these transformative experiences when we’re young. It’s an interesting idea and maybe it relates to music, too.

Experiencing music has most changed for me, as I suspect it has for many people, with the internet and streaming. I find myself sampling lots of different albums and not listening as obsessively to a few things. I wonder how much of this is growing older and how much is related to technology reshaping our habits and rewiring our desires?

The upside of the internet is that so much rare music is now accessible. That’s wonderful, but the glut of availability also strips these records of their talismanic aura. I’m ashamed of how little time I’ve spent with records I dreamed about hearing for ages. Some of my favorite albums – Pere Ubu’s Dub Housing and Sly Stone’s There’s A Riot Going On, for instance – I hated on first listen and it took many spins to appreciate them. The only reason I didn’t bail was because I’d paid for them and was determined to get my money’s worth. And eventually something clicked and they profoundly shifted how I perceived music.

I saw Will Oldham (a.k.a. Bonnie Prince Billy) talk a few weeks ago and he said that he’s writing new songs but has no plan to record them. He believes the internet has warped people’s ability to listen and has broken the fundamental contract between musician and listener. It’s a disturbing proposition – one that relates to more than just music.

Tell me about the first time you remember feeling totally transformed by a song? What was the song, the circumstances, and did this song continue to hold sway?

I grew up on the island of Aruba, far from any sort of pop culture, mostly hearing my parents’ terrible folk records. When I was four years old, my mother took me to a shopping center where they were playing Bill Halley and the Comet’s “Rock Around the Clock.” It leapt out of the speakers and felt so rude and alive compared to the bland acoustic music at home. I instantly loved the propulsive rhythm and manic repetitions. Maybe that’s how the song came across in the cultural landscape when it was first released. Unfortunately, the song was quickly ruined for me by discovering Happy Days reruns. A little later, I had another revelation with ABBA’s “S.O.S.” That’s stayed with me much longer.

I can distinctly remember taking a bath when I was perhaps seven or eight and Buddy Holly’s “Crying, Waiting, Hoping” came on my yellow AM/FM radio. I’d never heard anything like it before and I didn’t know the singer and wouldn’t hear the song again until I was an adult. But over the years anytime I came across something like, say, “Not a Day Goes By,” off the Leatherface album Mush, I recall spiraling back in time directly to the moment of hearing Buddy Holly and then I’d listen to whatever song over and over as loud as I could until I’d exhausted the felt-sense of childhood. Fantasy and music were always married; I love this song became I am this song.

But what if music is derivate, what if it is too easily accessible, too easily practiced and played? It seems the kids in Destroy All Monsters are responding to this failure of art. While reading, I imagined the violence as one rooted first in despondency because the kids sensed this theft of intimacy between listener and musician and though they are unable to verbalize it they know it should be different, they know the experience should feel bigger. Is there a critique of the direction and nature of modern music within the novel?

The way you describe the despondency of the kids around their experience of music feels right to me. I think it’s not only that the music they’re hearing isn’t very good – it’s because the cultural conditions that encourage community and identity to spring up around certain musicians no longer exists. Even great albums by megastars get swallowed up in our information overload and the “song of the summer” sticks around approximately one week.

I hope the book isn’t suggesting there’s no good music anymore. That’s plainly not the case. But the fact that it’s now so difficult for bands to get their music heard and to make money has certainly reduced the stakes. How do you create meaningful art when nobody is paying attention? When it feels like it doesn’t matter? Maybe this plays into Simon Reynolds’ “retromania” theory of why rock music in particular has been relentlessly recycling its own past.

In terms of music being too easily played—there’s an argument to be made that the affordability of instruments and recording and the general democratization of art has flattened the musical landscape. It’s made it harder for the really great music to stand out, to be discovered and find any sort of an audience.

I couldn’t agree more that facets of community have been waylaid by accessibility. I hate sounding like a good ‘ol days goon but the truth is that finding music once depended on hunting it down, buying a record and hoping it was good; mix tapes were as much about sharing new songs as they were about communicating love.

I find this notion very compelling when explored through Xenie’s character on the A-Side of Monsters because we see her go through a particular journey from a compulsive listener and collector of albums (the objects) to someone who tosses her laptop full of songs into a stream. In part it seems this overburdening of her hard drive is out of respect for her raw, abiding love for music: do you think this oversaturation is part of the reason why Xenie tells Eddie that she feels at times as if she willed the killers in to existence?

That’s definitely part of it. That and her feeling she recognizes the killers’ motives. And maybe also her guilt about being attracted to the destruction they represent, that awful part of everybody which is sometimes drawn to annihilation, looking over the cliff’s edge and briefly-but-blindly thinking “jump.”

The killers, mourners, and the dead form a community, one that both transcends and isolates them from the normal youth culture milieu: in this universe do you see the murders as a replacement for self-discovery once found in those rare instances of mind-blowing art?

On the B-Side, Shaun, Flo, and Edie track the boy without eyebrows to a house that seems inhabited by a cult—do the killers form a different kind of community?

I don’t see the murderers that way, but that’s an interesting reading of the situation. The novel was designed to be an “open text,” leaving readers lots of room to have their own emotional experiences and draw their own conclusions from the story. So I’m definitely not saying your take is wrong. The fact it’s different from mine means the book is working the way it should.

In the case of that house where Shaun, Flo, and Edie track the boy – it’s an active question whether that place is directly related to the killers. Something seems to have gone very wrong there, beyond even obsessive fandom turned toxic. To me, it feels like the spiritual home of the killers, but I’m not sure that I know much more than the characters about its exact nature.

I know that you are also a playwright. One of my favorite aspects of theater when done well is that it is nothing like a novel or a film; the medium can be transformative without contrivance or even set-design. I have to admit that I’ve not seen your plays, but I felt at times that this novel claimed something of the expansiveness found on the stage. Tell me about your process between writing a novel and writing a play? Do you find it difficult to switch modes or is it natural?

My novels definitely have been inspired by the expansiveness and possibilities of the stage. My plays often draw heavily on performance art and installation art. For instance, Vine of the Dead featured a series of rituals to contact the director’s dead mother; Dream of the Red Chamber was a literal dream play which lasted 12 hours, with 60 beds, where the audience was invited to fall asleep while the show quietly transpired around them. They remind me how many different structures, atmospheres, moods, and tones you can conjure. The plays do something that can only be achieved in their medium and I apply that same philosophy to my novels.The process of writing plays and novels are fairly different. The plays are always heavily collaborative, working with director Jim Findlay and others to shape the material to the evolving needs of the show and the performers. The play texts are ultimately blueprints and I enjoy seeing how my material works as part of the overall piece. There’s no confusion switching modes because an idea that feels right for theater rarely seems like it could also work in the pages of a novel. And vice-versa. If so, it’s likely not the best idea.

Writing novels, the only collaboration is between me and my subconscious. It’s lonelier, but it’s great to have total imaginative control and not to be confined by budgets, space limitations, or deadlines. What both processes have in common is that it takes many drafts and countless hours auditioning and rehearsing various approaches and possibilities before something worthwhile begins to appear.