Why I Don’t Have Sports Heroes 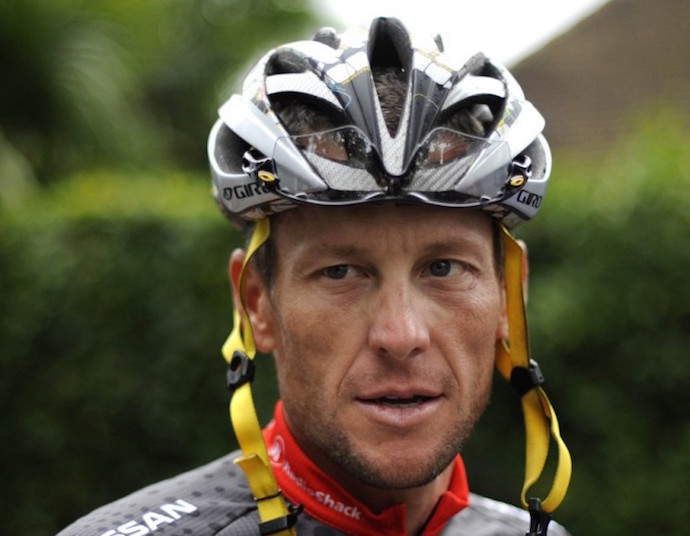 Akron, OH—The Times confirmed Monday that Hall of Fame basketball player LeBron “King” James has confessed to reporters he’s been using PEDs since high school. He used them during his first stint with the Cavs, cooperating with team medical personnel and “friends of the program”. When he took his talents to South Beach, James also took a mind-blowingly sophisticated doping ring along with him. Doctors, trainers, coaches, a smattering of sponsors, his family, they knew. Many were complicit. James is expected to provide a prepared statement at 1p ET.

I’m just waiting for this to be a news story. It hasn’t even happened, yet to me it’s already a memory. I’m just sitting here trying to deal with it.

I remember going to Coors Field. Clear night, Colorado air. Our seats are along the third base line, just a few rows up from the visiting team’s dugout. It’s the San Francisco Giants, and it’s the mid-90s, so that means Barry Bonds. I spot him in the on-deck circle, biceps stretching out the hem of his jersey sleeves. He is smiling as he swings the bat and donut weight over each shoulder. He’s heading to the plate now, he’s choking up on his bat—Jesus, it’s like a Pixy Stick to him! And he cracks a fastball into a menacing white fireball blasting into the black sky, beyond the halogen lights over right field, and into the parking lot. A couple innings later, he destroys another one into the cheap seats. A couple years later, Bonds would hit more homers than anyone else. Ever.

I remember watching Jan Ullrich on the L’Alpe d’Huez. I am sitting on the couch, marveling at the strength of the cyclists. Ullrich, whose legs make him look like a T-Rex pedalling a coathanger, is on the grueling mountain ascent, and he nonchalantly turns his head, thinking he’ll see a long and empty road looping behind him. Instead, who does he see? Lance Armstrong! Lance Fucking Armstrong, recent survivor of cancer! about to overtake him and eventually win the 2001 Tour de France! Ullrich does a double-take, literally.

But maybe the greatest of all is when, on May 31, 2007, LeBron James scores the final 25 points for the Cavs against the famous Detroit Pistons defense. He viciously crosses over Jason Maxiell in the first regulation and hits a filthy stepback with Tayshaun Prince’s (unhumanly long) arm in his face in the first OT. And then there is the decisive lay-up in the second OT where he goes LeBron-on-5, finishing off the window with a H-O-R-S-E shot that swishes through the net like freshly cut grass.

These guys were the greatest. They reminded me of the stuff I’d try to do in the neighborhood, in the sandlot, in my driveway. I rode my bike as fast as I could and would pull up to the 7-11 totally exhausted, dreading the mostly uphill ride back. At the batting cages I’d try to get a piece—just a piece!—of a 75-mph pitch. I did calf raises. I got the new Jordans. Yet all I could dunk was a tennis ball!

And here Armstrong was riding faster than I was—only for an entire day, for 21 consecutive days. Bonds was hitting 90+ mph fastballs into outer space. It made no sense. LeBron was throwing no-look passes across his body and around a defender and through somebody’s legs and into a square window whose side-lengths were pretty much exactly the diameter of a basketball.

Nonetheless, the odds against me, I wanted to be a sports hero. I selected tennis as my sport and began practicing. My choice made some sense. I was fifteen and roughly the same body type as tennis legends like Pete Sampras and Roger Federer. A little over six feet tall, thin, long arms, white skin.

I played junior tournaments, and guess what? Cheating was rampant there too. In tennis it’s called “hooking”. Except in special tournaments, kids make their own line calls. By the time you get to be about sixteen, you can smack a ball more than a hundred mph, so it isn’t all that easy to tell whether the fuzzy neon-green ball clipped the white line or not. The rule is, technically, if it’s 99% out it’s 100% in. On close ones, I’m sure you can imagine kids seeing some of their own shots land in and maybe seeing their opponents’ shots land just barely out.

It was a shitshow. You add parents to the mix—parents who love their children and want them to win, to succeed—and it’s a recipe for dishonest line calls. I remember the parent of one kid—the kid wore Oakleys sunglasses so often he actually had an Oakleys tanline, so you can go ahead and picture that, you’re welcome—and the parent walked up to the fence and began giving me an earful about how I was cheating her boy. Which I was not.

And then I played the great Josh Burgess. Josh tried intimidating his opponents. He’d play mind games, such as losing a couple of games at love—clearly on purpose—and then suddenly playing better. He’d hook on his line calls. He’d brush into you on change-overs. It didn’t help that I couldn’t even see his serves. He was basically serving from a deer stand. Who knows if he was actually cheating, but as soon as tennis became competitive for me these are the guys I remember playing. These guys would do anything to get an advantage.

You know why fans were chanting “Fuck Tom Brady” down the streets of Philadelphia the other night? It’s because Brady and his deflated balls embody this ethic completely. In the latest advertisement—which is actually a season-long show called Tom Vs. Time—Brady boasts: “I’ve given my body, my everything, every bit of energy for 18 years to [football]. So if you’re gonna compete against me, you’d better be willing to give up your life, because I’m giving up mine.”

Whaaaaat. The funny thing is, he isn’t lying. Isn’t even exaggerating. All TB12 cares about is winning. He views every gesture as a noble sacrifice to winning, to which every other ethic is subservient.

When Lance Armstrong was exposed for his cheating, he tweeted a picture of himself lying on his couch with all of his yellow [Tour de France] jerseys behind him. It was just to say, Yeah, I cheated, but I won, and that is all that matters. I rode my bike the fastest.

Brady? Armstrong? When do we stop idolizing, rooting for, supporting, giving a pass to an athlete? Let’s stop merely asking whether our sports heroes cheated by injecting PEDs or stealing opponent playbooks. It goes beyond that, doesn’t it?

I’m looking for the difference between someone like Armstrong who’ll truly stop at nothing and someone who has “grit”—the term Angela Lee Duckworth uses to describe the combination of perseverance and passion that successful people seem to have. Perseverance can be motivated by persistent curiosity, and a deep love for the sport itself is an absolute given among sports champions. But stopping at nothing? That goes deeper. “You’d better be willing to give up your life, because I’m giving up mine.” I mean, that sails right past grit and into the wild seas of martyrdom.

In the film Hoosiers, Norman Dale coaches an undersized high school team in a town obsessed with basketball—and winning. He’s played by Gene Hackman, which is perfect because Coach Dale is a real asshole. But Dale’s character transforms as he gradually takes a genuine interest in the real lives of people connected with his basketball program. It leads him, at the film’s turning point, to abandon his recruitment of blue-chip player Jimmy Chitwood. Face-to-face with Chitwood, Dale confesses:

“You know, in the ten years that I coached, I never met anybody who wanted to win as badly as I did. I’d do anything I had to do to increase my advantage. Anybody who tried to block the pursuit of that advantage, I’d just push ‘em out of the way. Didn’t matter who they were, or what they were doing.”

Ultimately, Coach Dale lets the player decide for himself. Because everything works out in the movies, Chitwood joins the team and they win the title. Consider Sir Gawain & Lady Ragnell. Because Sir Gawain does the honorable, unselfish thing in marrying the hideous lady—try to ignore the (ongoing) misogyny—the spell is broken and she returns to being a beautiful princess. In short, everything works out. This is why Arthurian tales play well in Hollywood.

In the sports world, though, many of our greatest American athletes have been exposed as cheats. Countless others, including Tom Brady and the mighty Patriots, have been accused. But even if the evidence exonerates them of cheating, we’ll still be left with the ethic itself to wrestle with.

“I’d do anything I had to do to increase my advantage,” Coach Dale admits, sadly. That’s a kind of “grit” that I don’t admire. But is it a kind of grit that I—a longtime fan of LeBron James—can avoid for much longer?