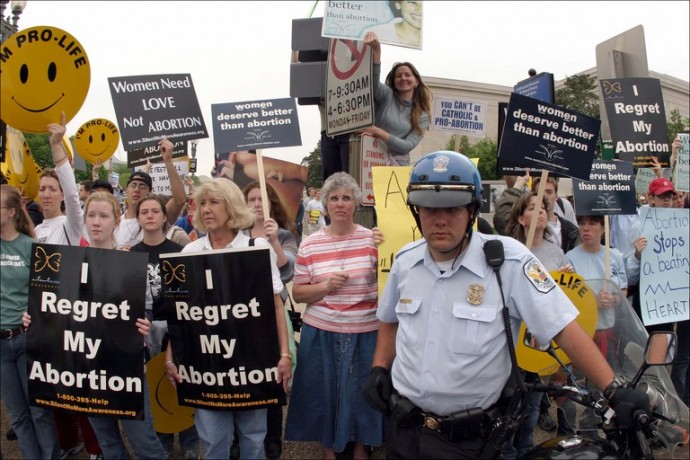 Abortion is a fire extinguisher. I don’t know how to use it. I get anxious thinking about using it. I don’t want to use it. But if there were ever a fire, I would want to know where it is and be able to get it as soon as possible, even though it scares me. I do not want it locked up, kept away from me until I have proven that I truly need it.

Whose body is it, we fight: the mother’s or the baby’s?

Because we’re not fighting about whether it’s right or wrong to kill babies anymore. We haven’t been fighting about that for years. What we’re fighting about is at what moment, at what point of a sperm touching an egg, does a woman lose the right to decide: Do I want this? We fight about whose rights are more important: a woman’s or a potential baby’s.

One side is pro-life; does that make my side pro-death?

Katha Pollitt, author of the new book that made everyone steer clear of me on public transit, PRO: Reclaiming Abortion Rights, is not pro-death. She’s pro-the-life-of-every-woman and the life that woman wants for herself. She doesn’t see the other side as pro-life. She sees them as anti-choice. Anti a woman’s decision that she knows her situation better than the men in congress.

Is there anything new to be written about abortion? As far as opinion pieces, certainly not. Yet, I learned so much while reading this book. Of course, no pro-life person will pick it up, challenge their own views on abortion, and Pollitt realizes that. Her aim is for the undecided, and also to further educate those already fighting for her team.

The first thing Pollitt is fighting for may be the most complex: women should not feel guilty about their abortions. Believe it or not (which I have to because I am too little to tell you if this is true), abortion was not such an issue not that long ago, according to her. In fact, abortion was common in the early 1900s, before it was legal. Birth control was not invented until the 1950s, yet, as Pollitt states, “The average number of births per woman declined from around 7 in 1800 to around 3.5 in 1900 to just over 2 in 1930.” It’s hardly safe to assume women stopped having sex. They just stopped having so many babies. It wasn’t polite to talk about how. We only know it was happening, really, from the outstanding number of deaths racked up by women performing at-home-abortions, having them done illegally in unsafe environments, harming themselves too far in hopes of riding themselves of the child.

In today’s world, a pregnant woman belongs to everyone. Strangers touch her belly. Other mothers try to guess the sex of the baby. People stare. They don’t have to know you; they know your situation. If you’re pregnant and you’re not keeping it, they know you feel awful about it. They know you feel guilty. They’re also allowed to assume it’s a mistake; you’re only being selfish.

What Pollitt fights for in a large portion of the book is this: women are smart. They know what is best. A mother of three doesn’t want to add another to her family? Trust her. A 25-year-old married woman is not ready to pause her career to take care of a child? Trust her. A girl who is 19 knows having a child would mean ending her college career, and that going back to school will be less likely with each passing year? Trust her.

Next, Pollitt complicates the arguments about when life begins. In Mississippi, with their failed personhood amendment, which would’ve given embryos human rights by establishing that life begins at conception? Yeah: no one can say that for sure. Conception doesn’t happen at the same time as sex; it can take as long as six days. Further, half of fertilized eggs—the marker of conception!—don’t even attach to the body and are flushed out with a woman’s next period. All those arguing that life begins at conception are essentially arguing that some significant percentage of women are unintentional murderers.

Then there’s this: do you know how many ways states can keep people from getting an abortion? Do you know how many states have passed unimaginable laws in the hopes of promoting a picturesque “nuclear family?” I thought I was aware. Pollitt clued me in on the following:

There’s so much more inside Pollitt’s book (I think I only brushed on the first half, really, before it got so complex with stem cells and such), but what it really comes down to is the fight: who does my body belong to: me, or the possibility of an egg growing inside?