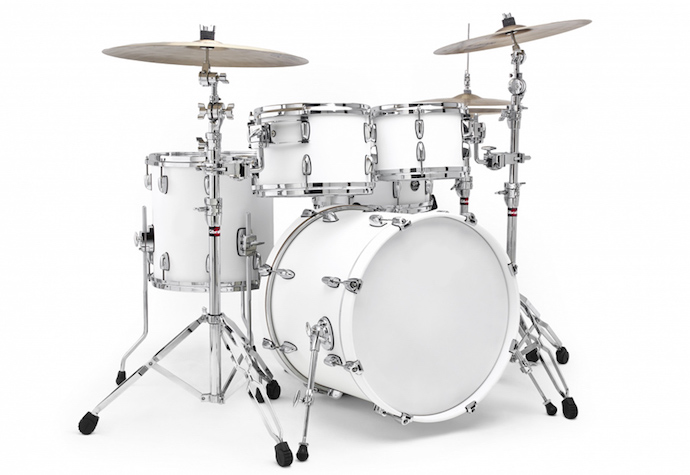 A twenty pound overweight white male author of a troublesome manuscript sat at his desk composing a thoughtful reply to an internet comment, not in the comment box, but in a Word document which he could, in case his girlfriend suddenly came in, discreetly save and finish, post, and tend to later. He wasn’t abashed about the long sprawling comment he had been writing about black lives mattering, he simply wanted to avoid getting into a third consecutive argument in the same number of days with his girlfriend about whether or not he, a well-adjusted and well-meaning liberal from Somerset, an opulent suburb in New Jersey, wasn’t in fact enacting some entitlement in assuming any authority over the matter, in essence “mansplaining” racial tensions in the US, most notably to his female colleagues online, under the auspices that he was some self-proclaimed feminist, like he implicitly agreed to be a stay-at-home Dad, if and when he and his girlfriend ever had kids, because she, who worked in university Development, would likely make more money than he. Income gap my ass.

This particular internet broached upon the layered nuances of whether or not some of the black victims of police shootings hadn’t in some way, individually and collectively, provoked the very altercations which led to the fatal event; and, not only that, but whether or not the lamenting of this, from an armchair distance at which one’s outrage was not only futile but a tad histrionic, wasn’t in fact a uniquely “white people problem,” all the while conceding to the irony that such an indictment could only be offered by a white person—in this case, himself—in what follows the contemporary social logic of how only someone of one particular race can pejoratively speak on its behalf. People just loved to hear themselves talk, a constant drum roll preceding what they were about to say. He grew more agitated.

His whole point, he quickly typed on diminishing battery, was that a conceptual (that is, vicarious) stake in radical politics was, in a way, a petty form of colonialism, that any ostensible grievances felt on behalf of a subjugated people might just be, actually, the projecting of one’s progressive guilt onto a party that didn’t even solicit such fawning empathy.

I mean, he mumbled.

He posted the comment and pensively waited for upvotes while his girlfriend walked up the stairs to their 2-bedroom apartment located in a burgeoning neighborhood in which this new Eritrean place just opened up. (He recently wrote a long Yelp review centered around their injera, which he felt was too tart.) She maneuvered past the inconsiderately placed single-speed bicycle leaning against the wall in the narrow hallway, which he hadn’t ridden in over a year, which always frustrated her coming home, not necessarily its abandonment and his subsequent weight gain, but more symbolically, its habitual placement. Their relationship, she felt, was similarly stalled. Her canvas tote bag—today with rainbow chard, some fennel, and a grim DVD of a documentary about the meat industry—accidentally graced the greasy chain, defacing the artwork adorning it, a cut-out shape of a bird made by a distant acquaintance with Borderline personality disorder who lived in Portland. Fishing for her keys outside the door, a 5 mg alprazolam tablet preemptively metabolized, she winced as she recalled the image of finding him masturbating at the kitchen table on which, less than 2 ft away, a pot of lentils rested, to a paused frame of a Japanese woman tenuously balancing a moderate pool of semen on her tongue beside a mound of pixels signifying, somewhat inversely, the penis from which the matter came.

What are you doing?

He despondently waited for 10 seconds then replied, somewhat dramatically, “just life,” abashedly pulling up his pants. She maternally sat down at the table. He closed the laptop. They talked for an hour about his problem.

The next day at the organic grocery store, her eyes were strangely drawn to the cucumbers, which might have made it into the salad that night had she not carefully shaved off the peel until what remained was a light green glistening “cool green fatty,” the exact phrase she giddily used to caption a Snapchat sent to an unknown contact as it transgressed her dilated canal. If porn wasn’t cheating, neither were vegetables or Snapchat. She would violate herself with increasing vigor and decreasing irony while thinking of the young African-American man with tidy cornrows who sat across from her on the train happily consumed by what was likely a rap song—not to generalize or anything, she scolded herself—playing on large headphones. He looked oddly at peace compared to everyone else on the train, his soft gaze compelled by some focal point elsewhere, his immaculate white sneakers, sacred and puffy, betraying a silent rhythm only he could hear. He got off. She got off. The cucumber snapped in half. She pinched the broken half out, then laughed, then cried.

He was supposedly at a cafe working on the troublesome manuscript, both troublesome to him in its execution (he said one night after five glasses of wine), but more formidably, troublesome to those whose mild sensibilities and antiquated tastes just wanted to read books with plots. He wrote elusively, evasively, then resented others for not understanding. He talked to himself in the shower, as if being interviewed by Michael Silverblatt, practicing various versions of this humble monologue about being stunned, gladly, about the book’s unanimous reception. He dreamed of being translated into native languages of countries to which he would be invited for a reading, of spending the night with each city’s local nymph, of a cool breeze through the open summer window on his face as he squirted what would have been their child on hers.

He went to a beer garden—which he had a tendency to, after his first book, correct people as being a biergarten, he would austerely say with a strained German accent—and sat alone at one of the long wooden benches in the back. He would always remember this night, the night they broke up, because when he returned she had bloodshot eyes, not from drugs, but crying; the eyes of the latter, as he had witnessed, and would witness in every relationship he attempted, would always be looking directly at him as if he were not there, for after years of emotional bargaining, supplication, and denial, each of these women would finally realize he was just an apparition playing a person, an asshole playing a writer, a child playing a man. He pressed his palms into his eyes, as if rubbing out the day’s bland memories. Behind his eyelids, in place sleep’s euphoria and death’s kindness, he imagined a local nymph with new bangs, a bleached anus, and a recent enema approach him with a cucumber martini, the round garnish sliced thin like the world’s slowest castration, each painful bloody moment stacked together into time. Bars were less places to go than places to wonder if one should have gone elsewhere. They played awful music, though of course musical taste, as all cultural penchants, were “clearly subjective,” a phrase thoughtful white people used in order to forfeit any arguments in which their race might be indicted. Between songs, near silence was broken by a woman’s expectant shriek, then the manic click of her friend’s heels. They were blond but had dark roots digging at their skulls. They hugged and immediately began reporting, loudly, every detail of their vacuous day. Over the fence, high on a sill before a window it came from, a white cat looked black in silhouette. He tried to find two eyes, however ephemeral, or feline. It would have been enough. A Black Keys song started playing, its guitar riff stolen from the blues, which was essentially black spiritual music colonized by a white corporate music industry, he proudly thought, raising his head from his beer to scoff at the song, looking around for corroborators, until finally air-crashing a cymbal, sardonically of course, when the time came.