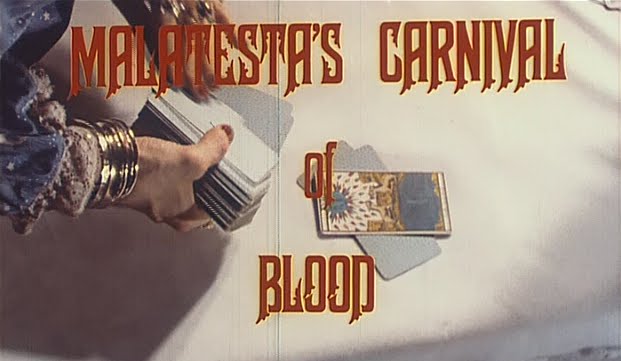 (Editor’s note: This is the second installment of When the Car Won’t Start, a semi-regular column by Steck that explores under-appreciated horror flicks, b-movies, and exploitation films. For the previous piece, go here.)

In the 1970s and 80s, American horror filmmaking was a hotbed for independent production. Horror sales at theaters were huge. Low-budget, regional films were disseminated through video distribution and viewed at small theater screenings. Amidst the soaking wet, structurally reliant genre, gems of pure oddity and a near reckless desperation for vision made their way out of rural, turnpike-less American depths. There was a feverish wash of filmmakers and artists performing their visions and professing theory through the easily funded genre of horror. The films didn’t carry a marketable poster-figure such as Freddy Krueger or Jason Voorhees. Instead, the films were definitively underground, nightmarish blends of corrupt quotidian structures of the once envisioned sustainable American landscape plagued by a new alien domesticity.

Malatesta’s Carnival of Blood is a 1973 horror film directed by Christopher Speeth filmed at a ramshackle amusement park in Willow Grove, Pennsylvania. It was considered lost until a print was discovered in an attic a little under twenty years ago. To say it has been found would be a lie. The film is lost–lost in the circumstances, emotions, and delusions in which it was conceptualized. Nary a solid plot, the narrative structure envelops a tale of a young woman and her family’s barely mentioned search for a lost brother at an amusement park that is rendered non-existent. The setting’s ownership is without place: an in-motion rollercoaster, a watery sub-section of a Love Canal-like ride, cheap disorienting carnival attractions, a tin-can to-be-burned trailer, parking lots, and numerous closed, dark sets constructed entirely out of packing materials and lit by one single stadium flood light. The cinematography captures (or: un-binds) the uncertainty and openness of ambient space perfectly by blending Doris Wishman-esque shots with unintentional-with-intent interruptions of focus.

The viewer never has a foot to place the spectacle. The flight into the film’s illusion owes its influences to Through the Looking Glass, Valerie and Her Week of Wonders, and Daisies as much as it does to Night of the Living Dead or the classic Universal Studios monster films. The delirious ensemble of trauma and environmental consumption mirrors the horrifying 1976 adult film classic Baby Rosemary. Initially I thought the film’s blue-faced zombies owed their depiction to Romero’s Dawn of the Dead, only to realize that Dawn of the Dead proceeded Malatesta’s Carnival of Blood by five years (on the other side of the state nonetheless). It’s a layered, avant-garde foray on a regional, backwoods budget–and it’s just as effective and spectacular (if not more) as any canonical classic. 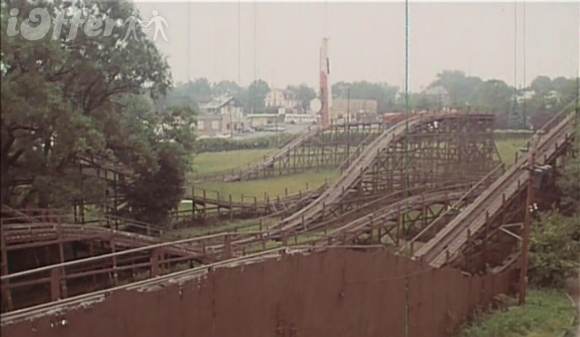 “It’s so dreamlike” and “This movie is like a dream” and “Is this a dream sequence or reality?” were exclamations repeated by my viewing partner throughout our experience of Malatesta’s Carnival of Blood. Repeated to the point where I grew irritated at the time, but it wasn’t until after the viewing that I began to process the questioning and uncertainty of being in a dream-like state when viewing a film. I respected the need to establish oneself in the increasing delirium and tunnel-like entrances and exits. However, with each utterance or interruption (the police came to my door at one point), I felt myself slipping away from the delirious horror I so desperately wanted to be stuck in and completely consumed by. Seemingly, the film is going to follow a trope of cannibalistic ghouls serving their vampiric master (aptly named Mr. Blood). Malatesta’s Carnival of Blood succeeded in removing the viewer from that which was being viewed and casually folded the third party into the film. But it entirely derails into a solitary meandering of the young female character, Veena, as she explores the hardly-constructed realms of an intangible horror constructed from separation and isolation.

To be in a dream is to experience a lapse in the physical stakes of fear and pain. The body can be taken. The body can be entered. The body can be disembodied. The body can be severed and removed from a complete state. Yet the conscious entity within can envision the external transformation of its violent dreams as un-lived sensations of phantom experience. To dream is to ghost trauma. Malatesta’s Carnival of Blood visually encapsulates the feeling of dream paralysis–an unending, rapidly moving tunnel of detached comprehension as the body lies still and wooden. But the film also acknowledges the sources of anxiety and stress that inform dream paralysis: the leaking of everyday trauma and horror into the corners of the brain. In this sense, Malatesta’s Carnival of Blood is absolutely unforgiving, leaving both the viewer and the terrain-lost characters of the film without response or resolution. Its final frames dedicated to the folly of the embodiment of unseen terror in the collective American consciousness. What you see is not deliverable and when it is delivered the perception of what you wanted to see has already past, therefore leaving only a ghostly impression of a scarcely remembered moment.

Malatesta’s Carnival of Blood is absolutely beautiful. It came from nowhere. It will most likely remain nowhere. But, in that nowhere, it will subsist on a viewership eternally trapped in its stylish abnormality of churning, sidewinding annihilation of physical forms through the act of dreaming. 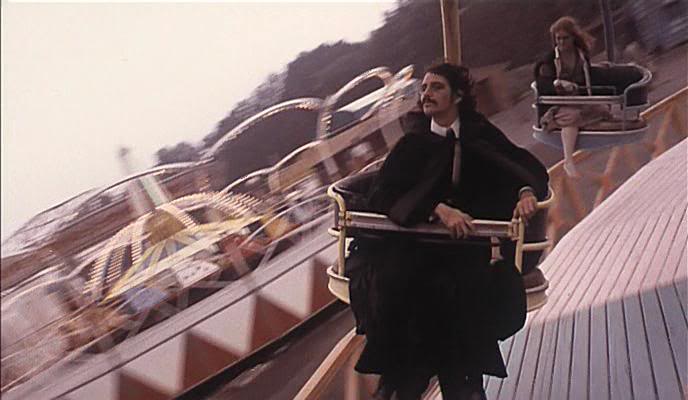