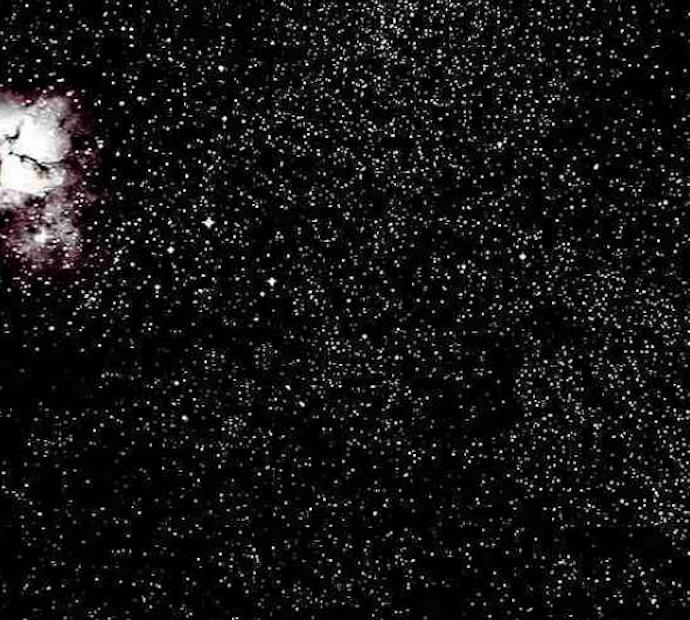 First thing to come into my head: a complete blank. Point zero, on the scale of phenomena.

This extends, without clear variance.

I may be unaware of what I am doing, exchanging stocks on a phone from a bed in a hospital room as I lie in my drawers and my gown and watch decimaled figures sliding from the bottom of a screen. I may have died. Of mysterious complications.

Or is it a case of my being preoccupied with getting a radio tuned to a distant signal while cruising a parking lot and checking the sketch that’s clipped to the mirror on the visor. Set of directions. Diagram of the infinite abyss.

This may be where my performance of data-entry operations begins to decline, causing the seams of the sky to split and everyone to be expelled.

Or it could be plain: I’m trying to move myself in some body of unknown dimension. In a manner of swimming, or walking. The way people do: legs in useful accord.

Perhaps I’m on hold. I feature a telephone in some cleanly corporate environment. I’m gazing into a losing hand with the smoothed-out face of an idiot while feeling a pleasant ability to speak any number of words, which will likely cohere, forestalling, at least for a time, whatever it is that comes next.

This is the one part of the film that seems hopeful. After he meets—you know—the love interest. As he tries pulling himself from the mess of which he is center.

Do you hear voices? he’s asked by the nervously drizzling therapist, this person who will have distinguished himself as deserving of his eventual fate.

And he will respond, Yes.

But it will not be like you think. The voice that he’s able to hear at this point, in the therapist’s chair, is his own.

Chris Garson lived in Iowa City, where he worked in the testing industry. Some of his writing has been published posthumously in Hobart, MAKE, FRiGG and others.