Welcome To My Possum Kingdom 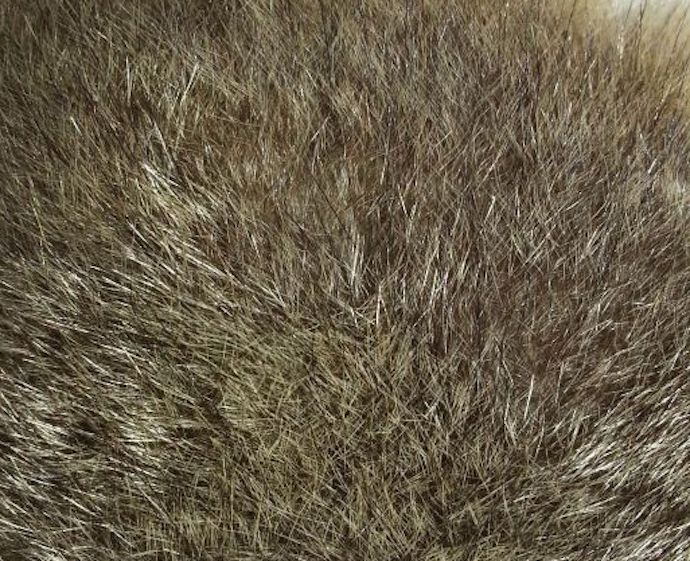 Welcome To My Possum Kingdom, Part 1

I was sitting on the stoop outside my house. My inlaw house. I call it a porch but it’s more like a stoop because I sit on the top step. It was night time. It was probably around midnight or after. I was smoking a spliff. My stomach hurt because I ate too much pork at Comal with my boss before the Kehlani concert. I was watching the Cam’ron video “Get Em Girls” because I texted “get it girl” to my coworker in response to her texting me that she got the guy she was flirting with’s number. I also sent her the youtube link for “Get Em Girls” by Cam’ron.

I was finishing my spliff and I was finished with the music video and I was taking a sip of water from my water bottle when I heard a rustling noise to my right. I looked at the scraggly tree that leans against the wooden fence, and then I looked down and saw the possum. I said out loud, “oh is it possum time?” and I grabbed my phone to record a video but by the time I had the video feature on and recording the possum had already made its way up the scraggly tree and was probably about to walk across my roof, as it likes to do. It drives my cat crazy.

I put my phone down and took another sip of my water before standing up to go back inside. I got into my bed thinking about writing a series of poems about the animals who live in my yard.

Welcome To My Possum Kingdom, Part 2

I live in my landlady’s backyard. She has a garden in the back of her house, and she hires gardeners to maintain, so it’s pretty nice. She plays the French horn and I don’t see her that often but when we do see each other it’s usually no big thing, we say “hello” and go back and forth on some mundane subject. Sometimes she texts me and she always opens with “How are you doing,” so I know she is a good person. I’m always afraid she is going to open her back door which is maybe 20 feet from my stoop-porch and catch me while I’m smoking a spliff. I think about this on any particular evening after 10pm when I’m home from work and just trying to unwind before taking a shower and meal-prepping my steelcut oatmeal for breakfast the next day and maybe doing some more work before getting into bed and listening to my “90s sentimental alt-rock deep cuts” playlist that I created by crowdsourcing facebook friends for songs that sound like “Possum Kingdom” by The Toadies but aren’t “Possum Kingdom” by The Toadies. The playlist starts off with “Possum Kingdom” by The Toadies and is followed by “Got You Where I Want You” by The Flys, which is the song I was thinking of when I crowdsourced on facebook but couldn’t remember anything about the song, none of the lyrics, nothing, except how it made me feel, like I was going back to school after a long summer and anything is possible. I could also remember it sounded kinda like “Possum Kingdom” by The Toadies, especially the bass line.

I’m sitting on my stoop-porch and I’m smoking a spliff. I’m watching the lights inside my landlady’s kitchen windows, looking for shadows. I’m smoking a spliff while talking to my boss on the phone who is upset about the connecting flight I booked for him and trying to be calm while he vents. I have steelcut oats cooking on my hotplate inside on way-too-high heat and when I walk in after finishing my spliff and finishing the phonecall with my boss I try to recognize what smells like burnt popcorn. I take the pot off the stove and put it in the sink under a running tap. I scrape and throw out the burnt oats and refill the pot with hot soapy water and leave it to soak. I decide that I will eat dried mulberries and raw almonds for breakfast, the two toppings I usually put in my oatmeal. I go to sleep sitting upright in bed with no music on and my phone at my side, in case my boss needed something.

Note: I wrote this piece at an event called Jazzetry before I took the stage. I read it when it was my time to perform and there was a band playing music to accompany my piece. When I mentioned “Possum Kingdom” by The Toadies, the jazz band started playing a similar bassline to “Possum Kingdom” and I was thrown off because it wasn’t the song I was hearing in my head. Turns out, the song I was thinking of was “Doll Skin” by The Toadies.

Welcome To My Possum Kingdom, Part 3

I’m sitting on someone’s lawn smoking a spliff. It’s morning and it’s already hot. I’m sitting under a shady tree on someone’s lawn on the side of the house neighboring the airbnb I’m staying at in Denver. The airbnb is a basement unit and it’s kind of dusty and dank and it reminds me of the basement apartment at my Aunt Brenda’s old house in Wildwood Crest. That apartment always felt wet and sandy, like you could hear the grit of damp sand under your feet as you walked. It was below sea-level and I remember my Aunt Brenda’s father-in-law saying that if you mopped the floor down there it would either take forever to dry, or it wouldn’t dry at all. The airbnb I’m staying at is definitely not below sea-level because it’s in Denver, but it’s moldy and making everyone’s allergies act up. There is a list of rules for the airbnb guests to follow, printed out and displayed in one of those clear plastic literature displays that you see in hospitals or bank lobbies. One rule on the list, printed in bold lettering, says “absolutely no 420 on the premises.” That’s why I’m out here sitting on someone else’s lawn around the corner smoking this spliff. Either Jesse or Cordelia said “it’s funny how people say 420 instead of calling it marijuana,” and I laughed because reading “420” and translating that into “marijuana” reminds me of trying to find roomshares in San Francisco on craigslist. We met our airbnb host the day we arrived and she seemed okay. She told us that she is a writer too, after we told her we’re in Denver for a literary festival. She said she is currently writing two novels at the same time while working on audition tapes, because she is also an actress. She said she would try to make it to one of our readings.

I’m sitting in the shade on someone else’s lawn and I’m far away from my little in-law house and I miss my cat.

Note: I read this piece at my birthday party recently and everyone expected me to say at the end “and I miss my possum” instead of “and I miss my cat,” so I want to clarify that I did in fact miss the possum in my yard, but I am mostly obsessed with my cat.

Another note: Our airbnb host totally came to one of our readings, which we were slightly late in arriving to because we made a pitstop at the grocery store after dinner to get candy and fruit to share at the reading. She sent me a message on facebook when she got to the reading, which was more like a house party, and asked if we’d be showing up soon. We arrived with cherries and M&Ms and she ate some with us on the porch and thanked us for inviting her out but she looked pretty overwhelmed and didn’t stay long.

Welcome To My Possum Kingdom, Part 4

I was sitting on my stoop, smoking a spliff, thinking about my future, thinking about why I’m having a hard time working on my writing. I was staring off into space when I heard the gate that opens up to the driveway rattle a little bit. I looked over at the gate and saw a big skunk shimmy under the bottom of the gate. I was scared, and I was afraid to move. I thought about how one of the survival tricks in the movie Jurassic Park to fool the T-Rex was to freeze so the T-Rex can’t see you, because they can only see moving objects, and then I laughed at myself because I was reacting to this skunk in my backyard like it was a huge dinosaur. I watched the skunk move through the yard. I was still frozen in place. Let’s say I was captivated. The skunk moved slowly and carefully, making its way from the fence to a large rock in front of the shed. It turned around and lifted its tail and sprayed a little skunky spray on the rock. I thought in my head, “what on earth am I witnessing right now,” as I watched the skunk finish its little spray and then make its way through a bushy area in the middle of the yard. I decided to stand up in this moment, and as I stood I saw two little baby skunks enter the yard from under the gate. They were very cute, and they moved slowly and carefully through the yard, stopping at the large rock. They sniffed the rock and turned around and made their way behind the shed. I went inside my house and looked outside from my window. The scene had ended. I was worried that maybe my presence had disturbed something, why didn’t the baby skunks go into the bush with what was probably their mom, but then I realized that maybe the rock that got sprayed was a boundary for the baby skunks, a direction to go to the safe space behind the shed while the big skunk went looking for bugs or other things to eat in the garden. I said a prayer in my head to protect the skunks, whose presence in my neighborhood I fear and respect. When I smell a skunky smell in my neighborhood it usually means that a skunk got hit by a car on the busy road near my house, and that makes me sad. It was delightful and actually pretty amazing to see the big skunk use its stinker to protect its babies. This was probably the most exciting thing that I’ve ever witnessed.

Alexandra Naughton is based in Richmond, California. She is the founder and editor-in-chief of Be About It Press, established in 2010. She is the author of six poetry collections including You Could Never Objectify Me More Than I’ve Already Objectified Myself (Punk Hostage Press, 2015), I Will Always Be In Love (Paper Press, 2015), and I Wish You Never Emailed Me (Ghost City Press, 2016). Her first novel, American Mary, was published by Civil Coping Mechanisms in 2016.